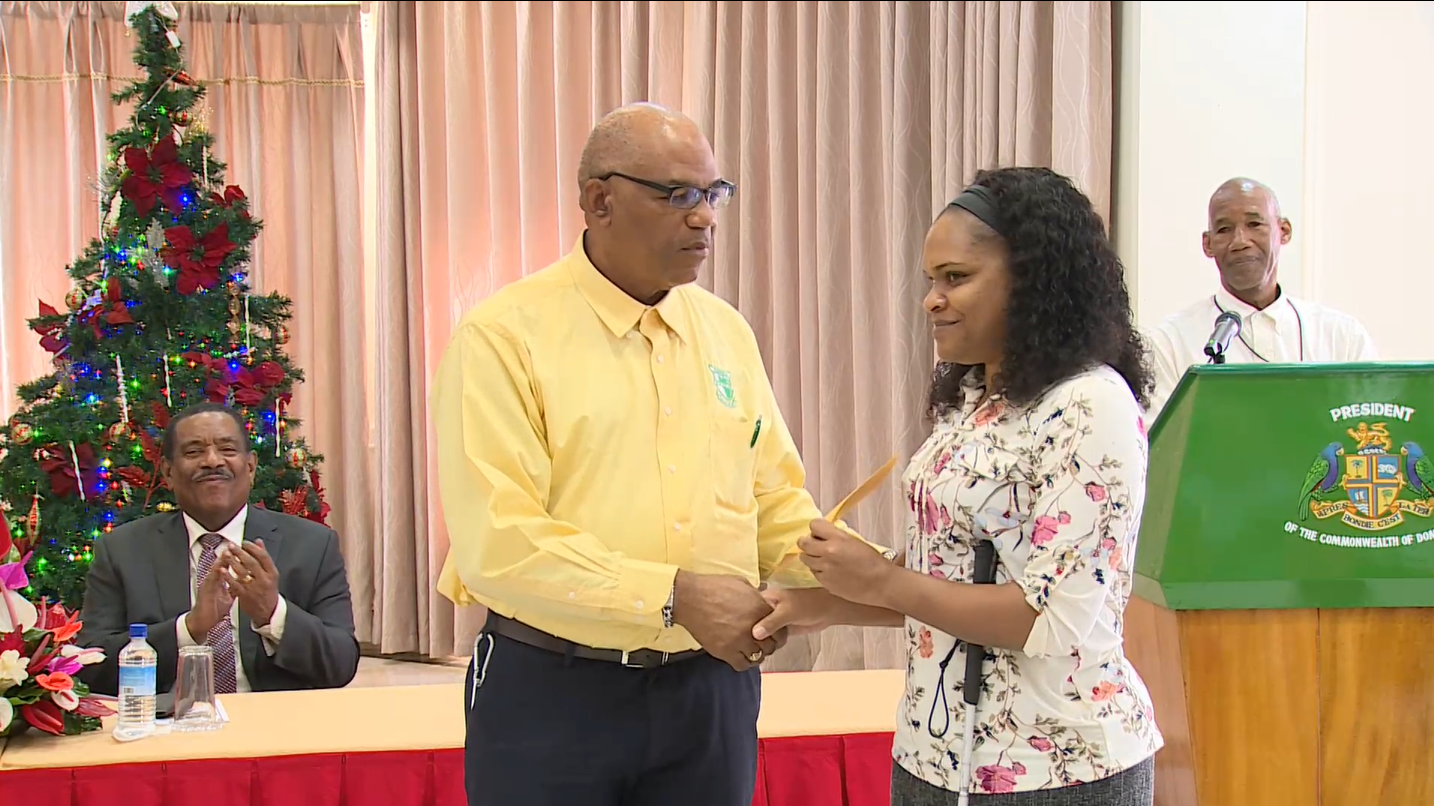 President of Dominica, His Excellency Charles Savarin says the cheque donation is at a higher rate than the foundation was able to accomplish for the December 2021 presentation which was hosted in February of this year. He went on to express his gratitude for the sponsorship received.

“I wish at this juncture to make special mention and to register our profound thanks and appreciation to the sponsors for making it possible for the Foundation to again meet its charitable mandate despite the severe setbacks of the covid-19 pandemic and other global challenges. May the good Lord reward you a hundred fold,” H.E Savarin stated.

President Savarin provided a summary on the fundraising effort of the President’s Charities Foundation. These funds were also used to host the President’s Annual Christmas children’s party where two hundred and thirty students of the eastern district were expected to be in attendance.

Minister of State in the Ministry of Health, Wellness and Social Services with special responsibility for Senior’s Security, Children at Risk, Gender Affairs and the differently abled, Hon Dr. Cassandra Williams says government continues to show its care and prioritization of the elderly through its many initiatives.

“In this new term Government has pledged to continue to enhance the well-being of our elderly so that they may live fulfilling and respectable lives in these their twilight years. As you heard from Prime Minister, Hon. Roosevelt Skerrit during his Independence Day address, this Government has put a package of benefits in place for seniors that is unprecedented, including access to health care and medication at no cost to them. Efforts are underway to enhance the community based health care network to ensure that all our seniors get the necessary attention,” Dr. Williams stated.

Dr. Williams expressed her appreciation to President Savarin for his commitment to this initiative over the years.

“I thank His Excellency, President Charles Savarin for leading the charge so successfully during his tenure. You are a committed group of citizens who have clearly embraced your responsibility to care for your fellow men. Your work is significant, it is important, and the government of Dominica is immensely grateful for all your efforts. As Minister responsible for the differently abled and senior security, I wish once again to express gratitude for the kind and generous contributions of all concerned. I wish also to assure the beneficiaries and others within our society who may be in need of similar assistance and support, that my Ministry will continue to be in your corner,” Dr. Williams added.

We have 559 guests and no members online