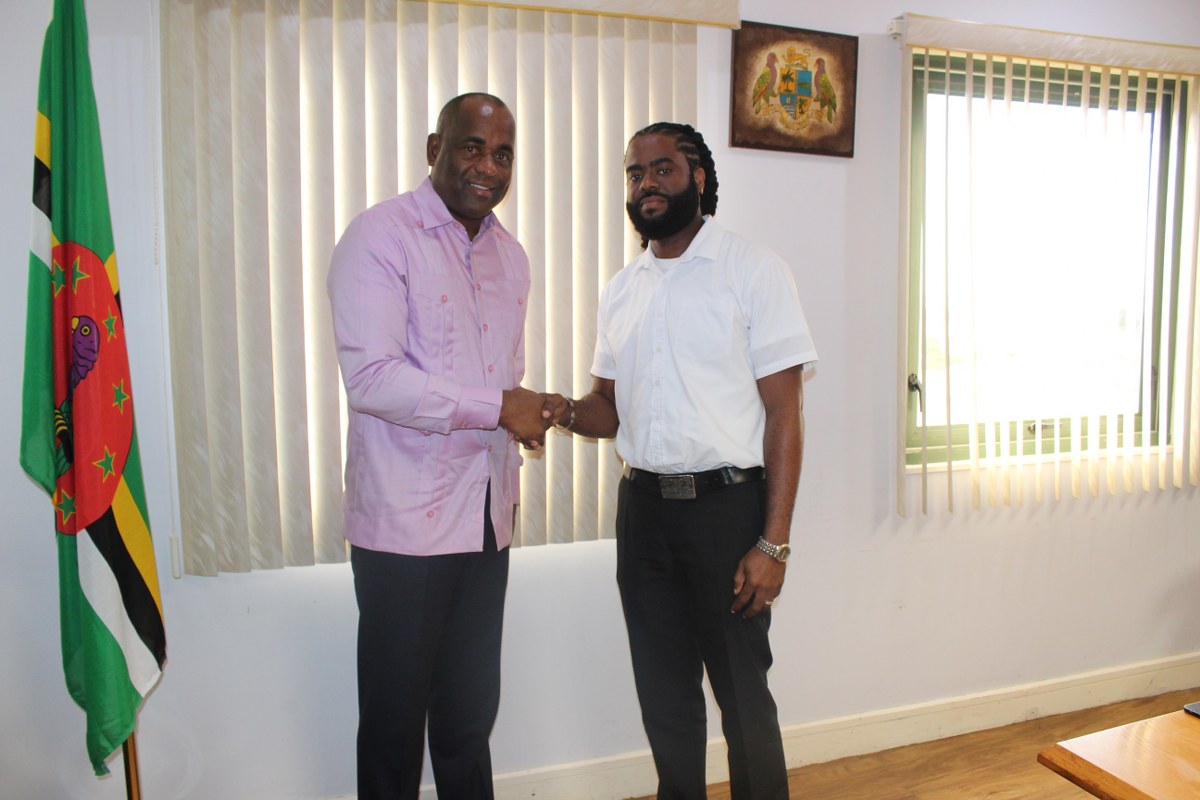 Prime Minister Skerrit assured Mr. Charles of the Government’s support and encouraged him to seek assistance to implement his development programme for the constituency.  Mr. Skerrit urged the newly-elected MP to avail himself of the $50 000 allocation immediately available to parliamentary representatives to attend to constituency matters, and the monthly allowance for the rental of a constituency office and payment of a secretary’s salary.

Charles expressed willingness to work with Prime Minister Skerrit and the Government to advance the interests of the Marigot Constituency.

“Prime Minister Skerrit has stated that he and his Government are willing to work with the opposition. It is a good step. Once he is willing to engage us, and based on the ideas and plans the government already has in place, once he works with us, we will work with him to get the Marigot Constituency moving,” Charles said.

An invitation was also extended to the elected representative for the Salisbury Constituency, Jesma Paul, to attend Friday’s meeting.

We have 431 guests and no members online