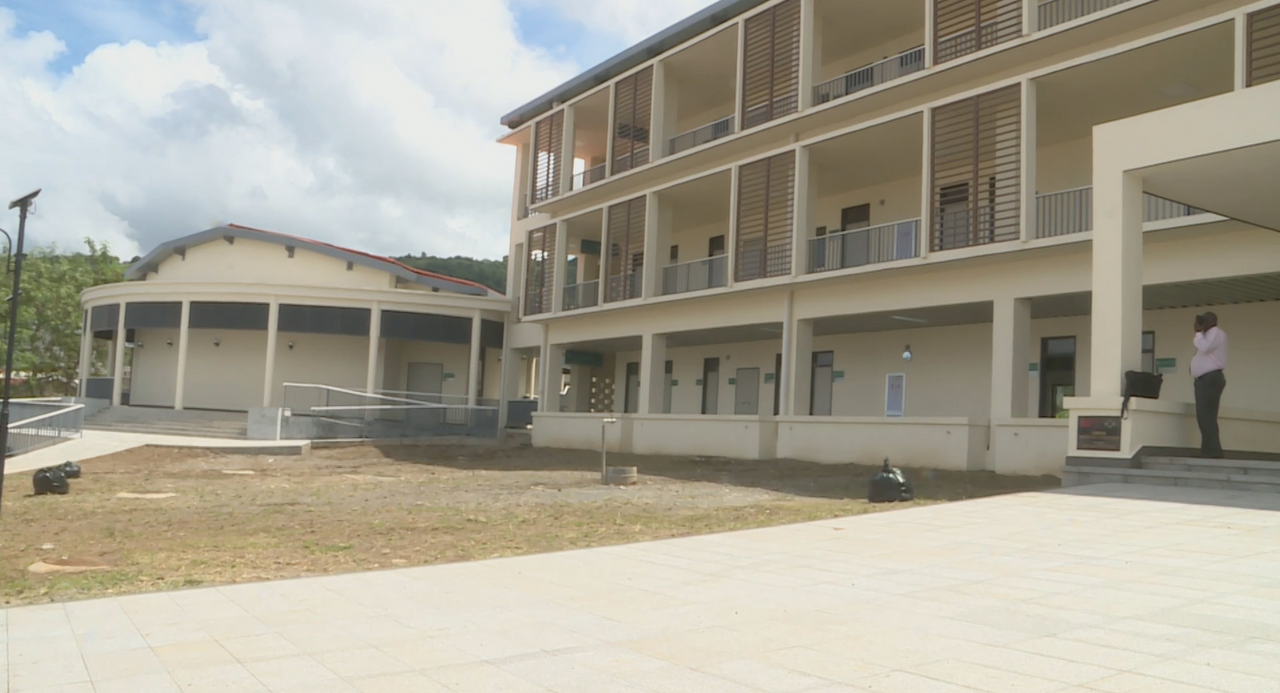 Chief Executive Officer of the Dominica Hospital Authority, Dr. Dexter James says these buildings were handed over by the Chinese after passing the required inspection.

He noted that the relocation of the Dawbiney and Alford wards will be done in the upcoming weeks before the official commissioning of both buildings.

“And this is predominantly because we still have to do some works on the main entrance and those of you who know Dawbiney ward that is the area that will be repurposed for admissions, cashiering, outpatient dispensing and general reception. So we have to relocate both Dawbiney and Alford wards, which are our surgical wards to the new building to allow the engineering department to repurpose those facilities. So that is going to take place within another week or so and we will the begin thereafter to take steps to commission the rest of the building,” he noted.

Dr. James explained that the new facilities will boast of a similar layout.

“For the most part, you have wards configured with twenty four beds. There are six semi private cubicles comprising of four patients each. We will have also four single rooms which can be used for either infectious cases and one semi private room with two patients. So in terms of the configurations of our wards, we are talking about thirty beds for our patients,” Dr. James further explained.

There will also be a central nursing station, patient dining area, doctor and nurses offices, staff and kitchen lounge area and an outside patient waiting area on each ward.

Dr. James also gave an overview of the layout of in patient building number one.

“Building number one is a basement which will house the kitchen, stores and laundry. Ground floor is our pediatric and adolescent ward. First floor, we are now creating a new floor for Gynaecology. We use to house our gynae patients in Dawbiney, but gynae patients are now moved out from female surgical and they will have a ward for themselves. The second floor which is aligned to the theaters is going to be the male surgical ward and the top floor will be the male medical ward,” the CEO went on to state.

The second inpatient building will host numerous services as well as the female surgery ward.

“Look at building number two. The ground floor houses a lot of our services, the pump room, hyperbaric chamber, server room and other services. The first floor, we will have Orthopedic, Urology and ENT. This is a major development. Ordinarily Orthopedic, Urology and ENT patients will be housed on the male and female surgical wards. As we speak, we are now moving these patients out and giving them a floor by themselves to improve the quality of care to these patients. So Urology, Orthopedic and ENT will occupy the first floor of the second building. The secnd floor will have the female surgical ward and the third floor, the female medical ward,” Dr. James further stated.

All wards in both buildings will have thirty patient beds including private and semi-private rooms.

“All of these floors with the exception of pediatric will all have thirty beds. Six bays of four patients each, four private rooms and a two bedded unit which we could use as a resuscitation unit for patients. This is the ergonomic layout and configuration of all our wards,” Dr. James added.

We have 598 guests and no members online