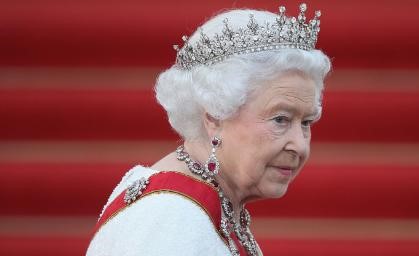 According to a statement released by Cabinet, Prime Minister the Hon Roosevelt Skerrit has conveyed condolences to the Royal Family and the Government and people of the United Kingdom.

The release states “Her Majesty Queen Elizabeth the Second inspired respect around the world and conducted the affairs of the Commonwealth with grace and dignity for over 70 years. Her passing marks a profound loss for the Commonwealth of Nations and the world.  On behalf of the Government and people of Dominica, I extend deepest condolences to His Majesty the King, The Queen Consort, the other members of the Royal Family and the people of the United Kingdom”

As a show of appreciation and respect for the life and contribution of Her Majesty Queen Elizabeth II, Dominica will observe two days of national mourning on Monday September 12 and Tuesday September 13, 2022.

As a further mark of respect, flags on all public buildings in the state will be flown at half-mast on the days of mourning.

Her Majesty Queen Elizabeth is the longest serving British Monarch who came to the throne in 1952 at the age of 25. She was Dominica’s Head of State until Independence in 1978.

During Her reign Dominica enjoyed cordial relations with the United Kingdom and benefitted from her steadfast leadership and guidance as Head of the Commonwealth.

Dominica’s President, His Excellency Charles Savarin has also released a statement on the passing of Her Majesty Queen Elizabeth II.

His Excellency said he was deeply saddened and shocked upon hearing the news of the passing yesterday, Thursday 8th September 2022 of Her Majesty Queen Elizabeth II at Balmoral Castle in Scotland.

His Excellency says he has written to His Majesty King Charles III extending his condolences to him, the royal family, the Government and People of the United Kingdom, on behalf of his wife and himself as President of the Commonwealth of Dominica and on behalf of the Government and people of Dominica, incusing the thousands of Dominicans who have made the United Kingdom their home for generations.

His Excellency Savarin goes on to say that  Her Majesty was widely regarded as a symbol of stability, working tirelessly to make sure the monarchy remained relevant during a period of immense social, technological an economic change.

He says she was a monarch without equal who will now be mourned across the globe. She was well loved and respected and will be greatly missed.

We have 309 guests and no members online