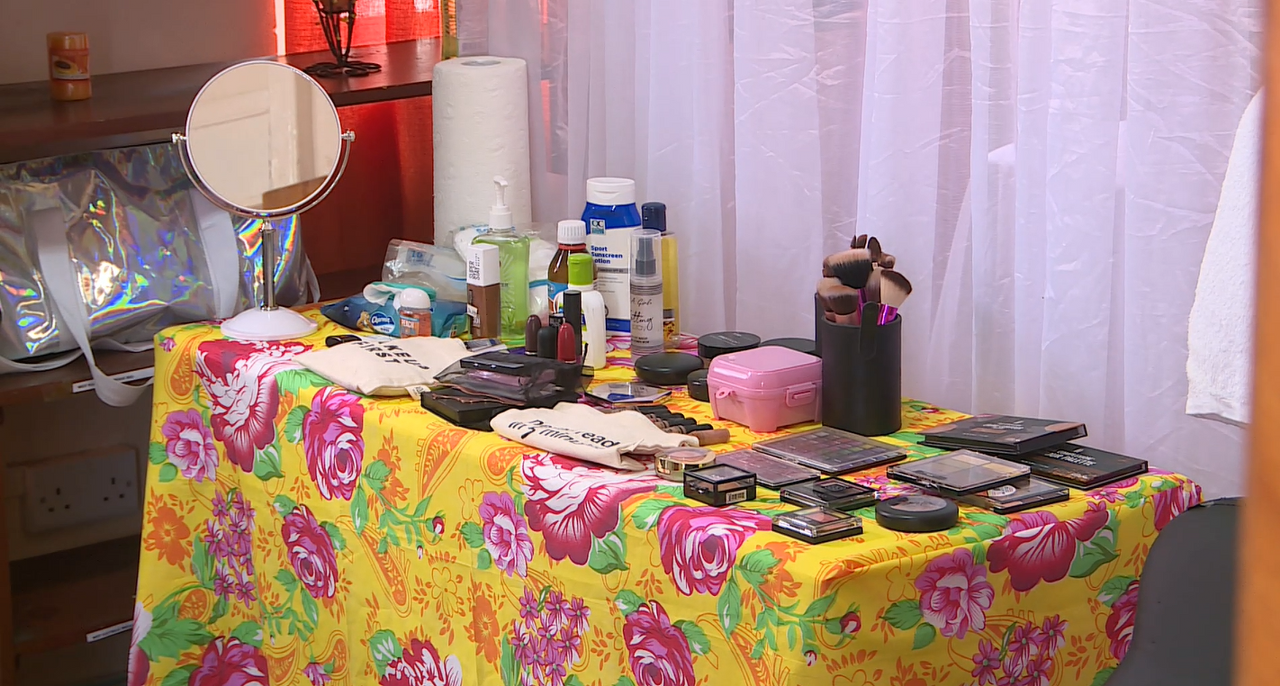 The Dominica Adult Education Division held its annual exhibition on Friday September 2, 2022 where a number of individuals who participated in various summer programmes displayed their work

Mrs. Nadia Ferrol-Pinard is the Head of the Adult Education Division Unit. She says this year over four hundred individuals were enrolled in the programme.

“This year we had massive participation. I am not sure if it was because of covid-19 and we had a break for a while, but we found that a lot of people were just interested. People were actually calling to find out when is the class, if we had this year, and we had over four hundred and fifty persons starting the classes and this is massive for just one summer. I was impressed. I was really impressed because they did not only just start but they continued because sometimes we have drop outs because some people can’t make it, but this year it was consistent. Even though they missed one class, they will come to the next and learn something so it was really, really, really impressive this summer,” Mrs. Ferrol-Pinard stated.

Mrs. Pinard says this year additional programmes were added to attract a wider range of individuals.

“What we tried to do is that we tried to do classes that would appeal to both male and female not just youth and adult but we did courses that will appeal to the women, young women specifically and this is why we introduced the acrylic nail, massage, and the wig application and installation classes.  So we went around hearing the public and listening to what they want and find the facilitators who were willing,” she explained.

Mrs. Ferrol- Pinard expressed her gratitude to the facilitators for their continuous contribution over the years.

“We have to thank the facilitators because not everybody wants to share their skills because we always think it’s a competition and for you to teach your skill you must be commended. You are creating employment for others. So I am just elated because it shows that we are working,” Mrs. Pinard added.

Field Officer for the Adult Education Division Mrs. Carol Charles-White says the programme can be used as a stepping stone into the future.

“I think Adult Education is a wonderful experience for adults who want to learn new things or who want to build on what they already know so this is an opportunity for them to continue building on ther knowledge and their skills because we have had so many success stories. There are persons who now have their own business, they are employed and they have moved on to upgrade themselves. So we empower people,” Mrs. Charles-White explained.

Miss Keisha Polydore of Pottersville is no stranger to the programme. She spoke briefly of her experience.

“I participated in two courses from Adult Education. I did the SKY Programme which was thirteen weeks I believe at Dublanc from January to April. I also did Acrylic application and Pedicure but I decided to stick to pedicures because I am stronger at it. I also completed another acrylic course last week, which was the summer programme and it was eight weeks at the Dominica Grammar School. I chose to  do it because if you know me, you I love nails and all things nail polish so I decided to do it to further what I already know and maybe do it on the side. So I am fully employed but I will do this on the side and make a little income,” Ms. Polydore stated.

Some of the programmes included plumbing, cake decorating, sewing, nail application, amongst others.

We have 394 guests and no members online