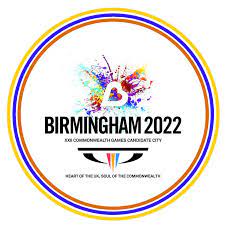 An eighteen member delegation will represent Dominica at the Birmingham 2022 Commonwealth Games.

The games which will be held in Birmingham will commence on July 28 2022 with the Dominica team led at the opening ceremony by national triple jump and long jump record holder, Commonwealth Games bronze medalist and two time Olympian Thea Lafond.

The Dominica Commonwealth Games Association (DCGA) enters the games looking to build on the organizations previous medal tally of two medals achieved at the Commonwealth Games held in 2018, whilst making history as Dominica competes in swimming for the first time at the games and fields its youngest ever road cycling team.

“We have a team of nine athletes who will be competing in athletics track and field, we will have one swimmer and we will have two cyclists. This is the first time we are going to have a swimmer at the Commonwealth Games, and the two cyclists that we are having we expect them to do very well just like our track and field. So we are anxiously looking, anxiously waiting for the day because we have been working very, very hard,” Mr. Doctrove stated.

The team will be headed by Mr. Woodrow ‘Woody’ Lawrence, who is said to have a wealth of knowledge and experience in the role as both a manager and an athlete.

“We have put everything in place in terms of the administration of the team. Our Chef de Mission is Woody Lawrence who is somebody who has a lot of experience in that field. So he basically will be in charge of the entire squad; we will have two athletic coaches, one swimming coach and one cycling coach. and we will also have a media representative and also the Secretary General and myself will be accompanying the team because we also have to attend the Commonwealth Games General Assembly,” Mr. Doctrove explained.

The Road Cycling Team consists of Kohath Baron and Kevon Boyd and coached by Levi Baron.

This is the first time that Dominica will be represented in the swimming discipline at the commonwealth games. The doc president says this is a major accomplishment and he looks forward to an amazing performance from the young athlete.

“It is a major accomplishment. This is a young man who is a Dominican but he is based in Switzerland. He has been doing training at a very high level there. We were attempting to get him to come to the Caribbean but he was unable to because of his training schedule. So we are all excited to see him in the pool representing Dominica and we are hoping that he can do well,” the DOC President noted.

Mr. Doctrove says close to one hundred thousand dollars have been invested in the athletes to ensure that they are properly prepared to put their best foot forward during the 2022 commonwealth games.

He also thanked the public for supporting the doc and its athletes.

“I just want to thank the public for the support that they have given the DOC over the last five years from since this executive is in place, and we are hoping that the athletes can do us proud. It is a lot of hard work but they have all worked very hard in their respective disciplines and we are hoping that they can out there, they can remain injury free and give a good account of themselves at the Commonwealth Games in England,” Mr. Doctrove added.

We have 254 guests and no members online