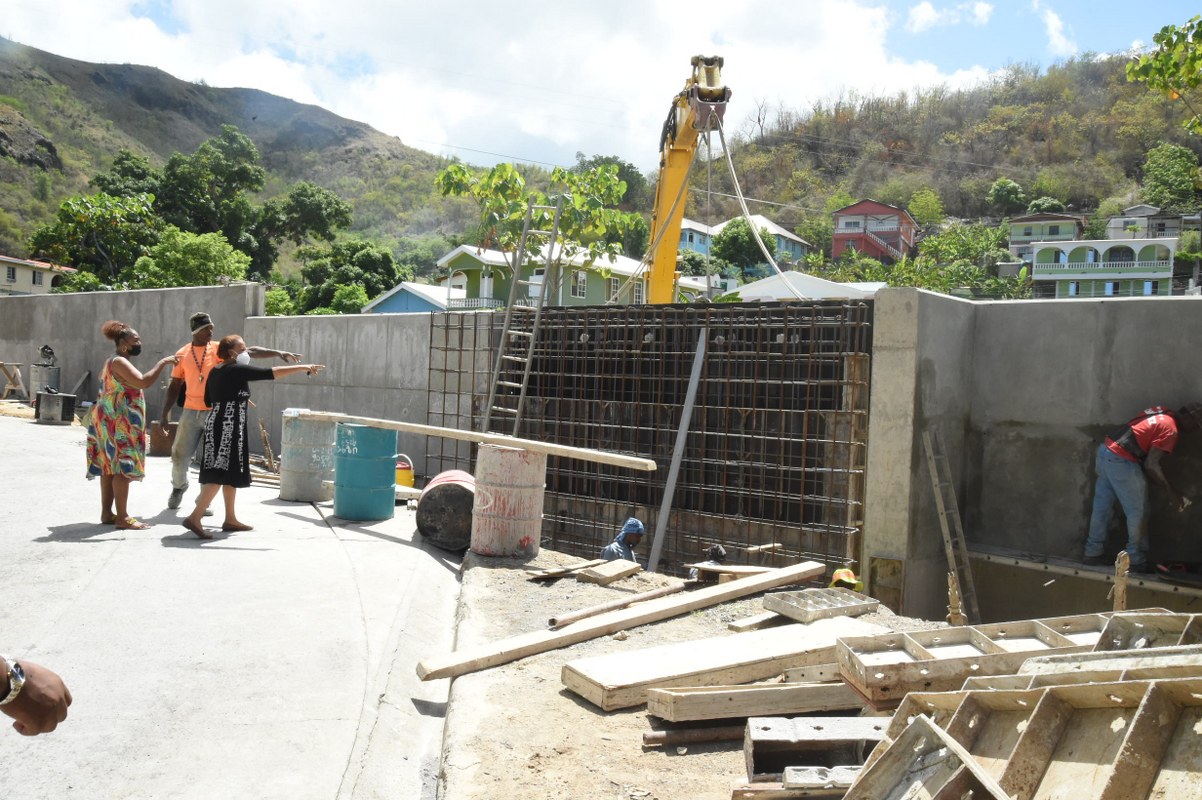 Residents of Colihaut can feel safer during this hurricane season as the construction of a 1.5 million dollar river defense is nearing completion.

This as the Government of Dominica continues to invest heavily in resilient infrastructure to protect the lives of citizens around the country and build the world’s first climate resilient nation.

When complete, this major investment is expected to protect lives and property in the Colihaut community.

Member of Parliament for the Colihaut Constituency, Hon. Lady Catherine Daniel stated that the river has been a cause of major concern for residents as it has resulted in devastation during times of extreme weather.

“The people from the Colihaut community they were very much concerned about the impending hurricane season because they have suffered in the past from Erika and Maria. And the devastation was caused by the river entering this area and going down in the village and really causing destruction. Today they breathe in a sigh of release. The hurricane season is here and they are really at peace with themselves, they are at peace with the village and they know that with this massive wall no river can come down to destroy our community again. Because the river has never ever crossed that height and you can see the height of the wall. It has never been that high so we can rest assured that we will be okay,” Hon. Daniel stated.

The Member of Parliament thanked those who have helped in the building of the wall saying that all the workers were local and had a vested interest in the completion of the wall before the hurricane season.

“To the people who are working on the wall, I just want to say thank you very much. Because you have some people who come to work and they just do it as work. But all of the workers here are from Colihaut and they had a vested interest in seeing this project come to fruition. So they are not only working for pay, but they placed their all into it ensuring that they work in quick time. They have taken ownership of the project, because their families live here and they know that if they do it well, and they work quickly, their families will be at peace when the hurricane season comes around,” the Colihaut MP noted.

Hon. Daniel further stated that the 1.5 million dollar investment had a spillover effect in the community noting “we had shops which were selling a lot, we have families with more purchasing power, and so the money circulated is the village and we have spin offs from it.”

The Colihaut MP went on to thank Prime Minister, Hon. Roosevelt Skerrit and the Government for ensuring that this project was able to become a reality for the Colihaut people.

“So I really want to thank the Government for ensuring that we got this before the onset of the hurricane season. The Prime Minister, it was his passion and he really put down his foot to ensure that Colihaut gets the security that they deserve,” Hon. Daniel added.

Meanwhile, Contractor Monison Roudette stated that all ten individuals employed on the project are from the Colihaut constituency.  He noted that this wall is very important for the protection of residents from the community.

“We have been working very hard towards completing that wall. My house is on the other side of the river, so I would love to complete that wall and take it all the way down to the bay. This wall is very, very, very important. That is the main part. Where we are closing now is the main part where the river goes through the village. Now there is no step on the drawing but I am putting a step so that people can get to the river. So they have the wall to protect them but they will also have access to the river to get water.

We have 303 guests and no members online