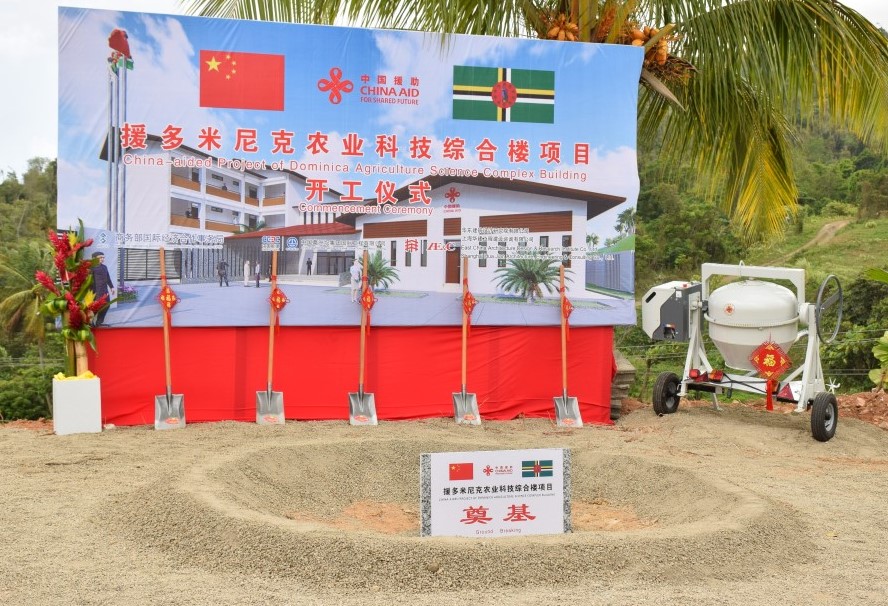 Government has pledged its commitment to advancing the technologies of the agriculture sector and improving its productivity. A ground breaking ceremony for an agricultural science building in One Mile took place on Friday, June 10, 2022.

The construction of the ten million dollar China-Aided Project of the Dominica Agricultural Science Complex Building will enable the production of clean planting material for distribution to farmers engaged in commercial production and expand the base of varieties of plant species.

The Ministry of Blue And Green Economy, Agriculture and National Food Security and the Suntime International Techno-Economic Cooperation Group of the People’s Republic of China signed the agreement on March 09 2022 to modernize the agricultural sector.

Prime Minister, Hon Roosevelt Skerrit welcomes the research and development facility stating that it will assure food security in Dominica and in the neighboring OECS islands.

“We will not only keep this for Dominica. The intention is to share this knowledge and this experience with the rest of our brothers and sisters in the organization of Eastern Caribbean States; because we believe as integrationists that we need to ensure and assure that there is food security not only in Dominica but through the region. And so we welcome this and the extent of the contribution of the Agricultural Technical Mission in Dominica over the last seventeen years really is extraordinary and every village in Dominica has benefited from the present of the Chinese Agricultural Technical Mission here as a gift to the Government of Dominica by the Government of the People’s Republic of China,” PM Skerrit stated.

“If we can change our consumption habits in Dominica and to eat more of what is produced in Dominica it will help. It will help in reducing the food import bill, keeping our foreign exchange in Dominica, having the funds circulating among farmers in rural communities in Dominica and creating the wealth that the farmers need in the pursuit of agricultural advancement,” the Prime Minister explained. 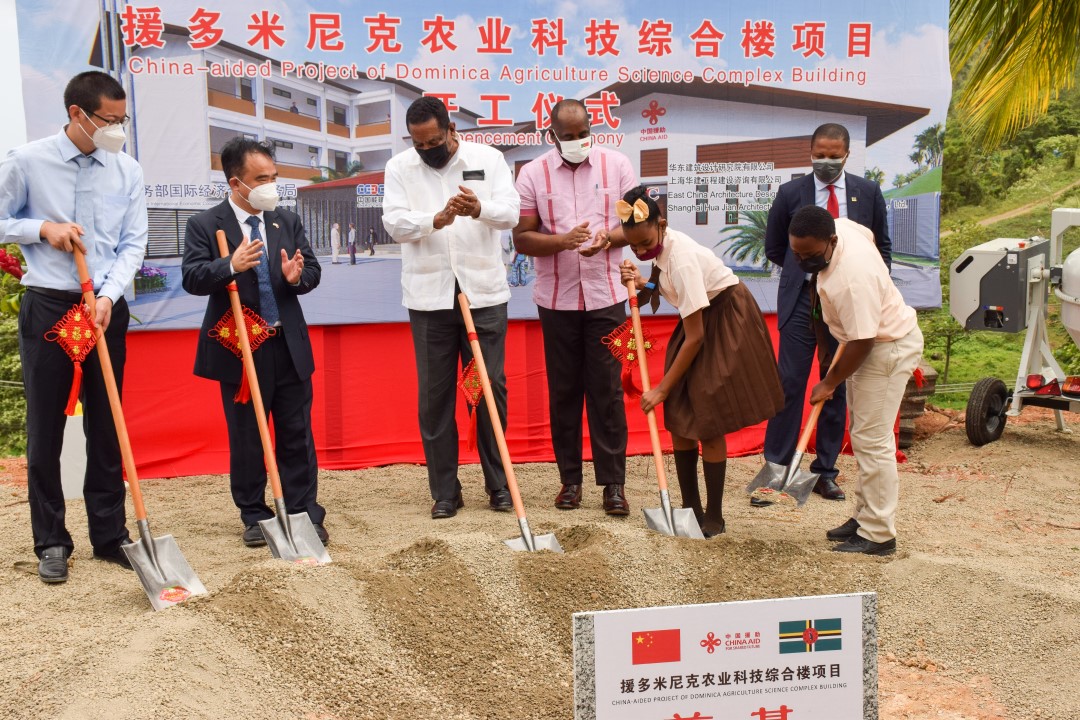 Minister for the Blue and Green Economy, Agriculture and National Food Security, Hon Fidel Grant is excited for the commencement of this project as it will contribute to a prosperous economy.

“The need for producing plant via tissue culture is as a direct result from the demand from the farming community for rapid production of pests and disease free planting material and the urgency of diversifying the sector. This facility will contribute to making the Agriculture sector resilient and sustainable. This investment supports three of the major pillars in the Agriculture policy. With the advent of climate change, there is a great need to protect, conserve, and or improve the genetic make-up of our plants to enhance their tolerance to the climatic and non-climatic stressors and to optimize their response to the agriculture inputs, chemicals and natural growth enhancers,” Minister Grant explained.

Through this facility, the Ministry of Agriculture will see the introduction of new genetic material, the multiplication and distribution of genetic material for the improvement of crop yield.

“By this facility, we will realize the goal through acreage expansion that will guarantee safe and nutritious food to the population. In the last three decades Dominica has witnessed the introduction and spread of major diseases affecting our high value crops of economic importance. As a direct impact of these diseases, Dominica has resorted to the importation of tissue culture material from foreign countries. With this facility we will now have the means to provide ourselves with clean and improved local crops species for rapid multiplication,” Hon. Grant added.

Parliamentary Representative for the Portsmouth Constituency, Hon Ian Douglas, believes that this project will have a direct impact on the people of the Portsmouth constituency adding that it will propel the country towards the future that Prime Minister Skerrit has outlined.

“Our cuisine is a major part of our tourism offerings and so this facility gives us the ability to springboard and to launch into the future and to see the vision that the Prime Minister has outlined as reality unfolding before our very eyes. So I want to thank our friends from the People’s Republic of China because from the day that you stepped foot into this country we have seen a major transformation of our socio-economic development,” Hon. Douglas stated.

Ambassador of the People’s Republic of China to Dominica, His Excellency Lin Xiangjiang stated that the agriculture station will assist Dominica is creating a sustainable future.

“I hope this gift presented here today will be a help as Dominica is navigating its way to a sustainable and self-sufficient future. There is an old Chinese saying that goes ‘to the people food is heaven.’ The same goes for Dominica where Agriculture is not just a lifeline that assist in food security but a pillar industry accounting for about 10 percent of its GDP as well as major contributor to job creation,” H.E Lin Xiangjiang noted.

Government continues to invest in the agriculture vision with the intention of supplying the region and increasing efforts towards food security.

We have 218 guests and no members online