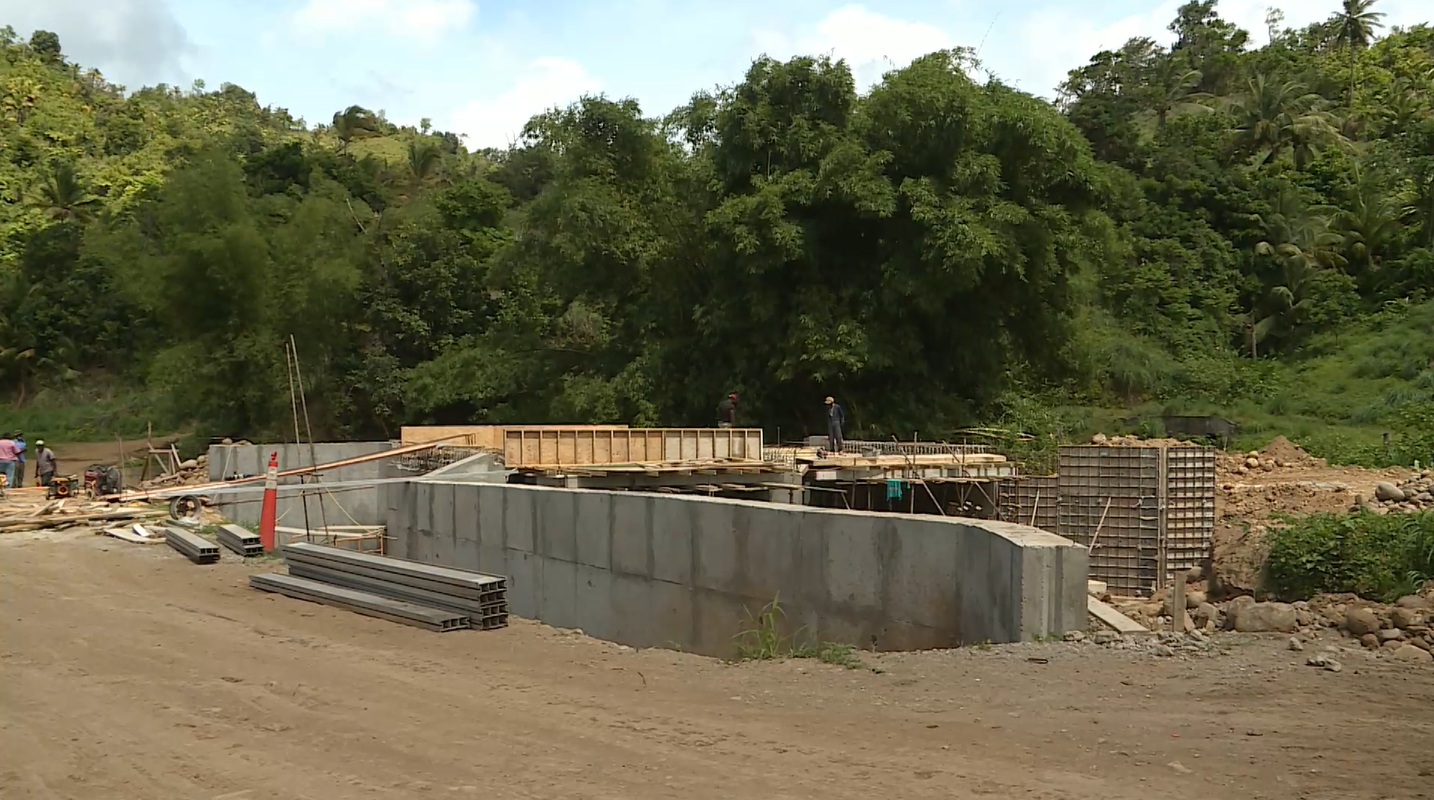 Construction of a major river crossing in Boplan, Paix Bouche is over seventy percent complete.

Parliamentary Representative for the Paix Bouche constituency Hon Roselyn Paul says this area has posed some major challenges for farmers and other land owners in that area in the past.

“The river here, about eight other streams and rivers feed from it in Bourne and Dos Dane. So it may seem flat to you now but in times of rainfall it is very heavy. And then we have another river on the right side and many farmers have worked there for many years. I mean my family used to work here, so the Boplan area has been a farming area for years for many families in this community. And so we have attempted to address this issue but now we really see that there is a real solution for it with this bridge,” Hon. Paul stated.

A few hundred meters of roadway will also be constructed to compliment the bridge. The project is contracted to Sonny’s Construction and is expected to be completed by the first of July 2022.

“I think actually we are trying to facilitate the farmers on that side of the island and I think the bridge is very important to the general public. There is a bridge that is there already but it has been compromised so I think this is essential for the farmers who have to bring up their produce. So I think this is one of the good things that is happening in the area as we speak,” Mr. Paul stated.

Farmers of Belle Man-yeh, Providence and even Thibaud are all likely to appreciate the improved and safer access to their farms due to this project.

On one level the contractor says it’s really a race against time for his team, particularly as we are already into the hurricane season.

“We trying our best to beat the rainy season and seeing how we could accomplish this project given the set time that has been given to us. So we are trying our best, going some extra hours to accomplish inside of our time limit because we are in the hurricane season and we want to make sure that we have this well underway. So I am thankful for the guys who are doing what they can and holding their end as we trying to make it happen,” Mr. Paul added.

We have 209 guests and no members online