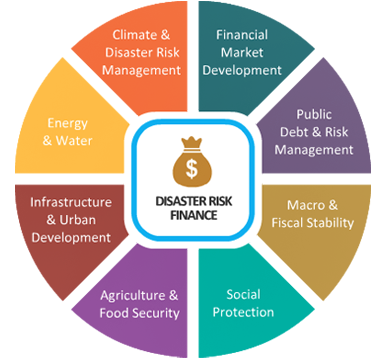 Government will advance with its plans to mitigate the impact of disasters and make significant strides to achieve its goal of resiliency.

A resolution was passed during the Third Meeting of the Second Session of the Tenth Parliament of the Commonwealth of Dominica on Monday. A resolution seeking authorization to contract a loan from the International Development Fund (IDA) in the amount of fifty-four million Eastern Caribbean dollars to finance a Disaster Risk Management Development Policy with a catastrophe deferred option.

The development objective of the proposed operation is to support and strengthen the legal and institutional framework to increase climate and disaster resilience in priority sectors. It will also improve national fiscal capacity to respond to disaster and climate related risks.

The motion was brought before the house by the Minister for National Security and Home Affairs, Hon. Rayburn Blackmoore.

“Dominica is prone to natural hazards, climate impacts, pandemics, endemic health concerns and other exogenous economic shocks. Over the past twenty years, the country has suffered from devastating effects of several disasters, from low pressure systems and troughs to Tropical Storm Erika in 2015 and Category 5 Maria in 2017. This resulted in aggregate losses of over 226 percent to 300 percent of the gross domestic product respectively,” Hon. Blackmoore stated.

Minister Blackmoore laid out some of the policies put in place by Government to create the world’s first climate resilient nation.

“A National Resilience Development Strategy which sets out the development objectives to be achieved by the year 2020. A Disaster Resilience Strategy which outlines the critical pillars required for a resilient Dominica namely physical, financial, social, and post disaster resilience. This strategy also provides the tactical approaches to assist in building these pillars as well as the cost which is estimated at a total of 7.3 billion. We have also established a Climate Resilience and Recovery Plan which prescribes the activities to be undertaken to achieve the intended objectives. Earlier this year Cabinet approved a disaster risk financing strategy and t spearhead this resilience programme, Government has put in place the institutional framework including the appointment of a Minister with responsibility for Climate Resilience and the establishment of the Climate Resilience Execution Agency,” the Minister explained.

Government has identified a number of key components on the journey to achieving resiliency. One of these components will focus on financial resilience.

“This therefore requires the use of fiscal buffers including savings and prearranged flexible disaster financing instruments such as insurance policies and credit lines to fund the country’s response, recovery and reconstruction course in the wake of a disaster. Debt reduction is also being targeted at the medium term strategic objective in order to create fiscal space to support post disaster recovery,” the National Security Minister noted.

This component will prepare Government to fund immediately, post disaster and long-term rehabilitation and construction needs.

“To achieve this financial resilience goal Government has to date implemented the following: A Vulnerability Risk and Resilience Fund which was established with clear guidelines, with the management of the funds guided by the prescribed resolutions made under the Finance Administration Act Chapter 63:02 of the 2017 revised laws of the Commonwealth of Dominica,” Minister Blackmoore further explained.

The addition of a catastrophe deferred option to the policy will make provisions for maximum available post disaster financing.

“Tropical Cyclones, 145.8 million dollars; excess rainfall 82.3 million dollars; earthquake EC 1.7 million dollar; note that the buffer will vary based on the nature and magnitude of the disaster. This loan has been evaluated in the context of Government’s medium term strategy and is consistent with the objective of the strategy,” Hon. Blackmoore added.

Government is committed to taking proactive and timely measures to reduce the impact of disasters on the citizens of Dominica.

The recently commissioned regional emergency centers in Castle Bruce and Jimmit worth thirty-two million dollars solidifies the country’s vision to achieving resiliency by 2030.

We have 432 guests and no members online