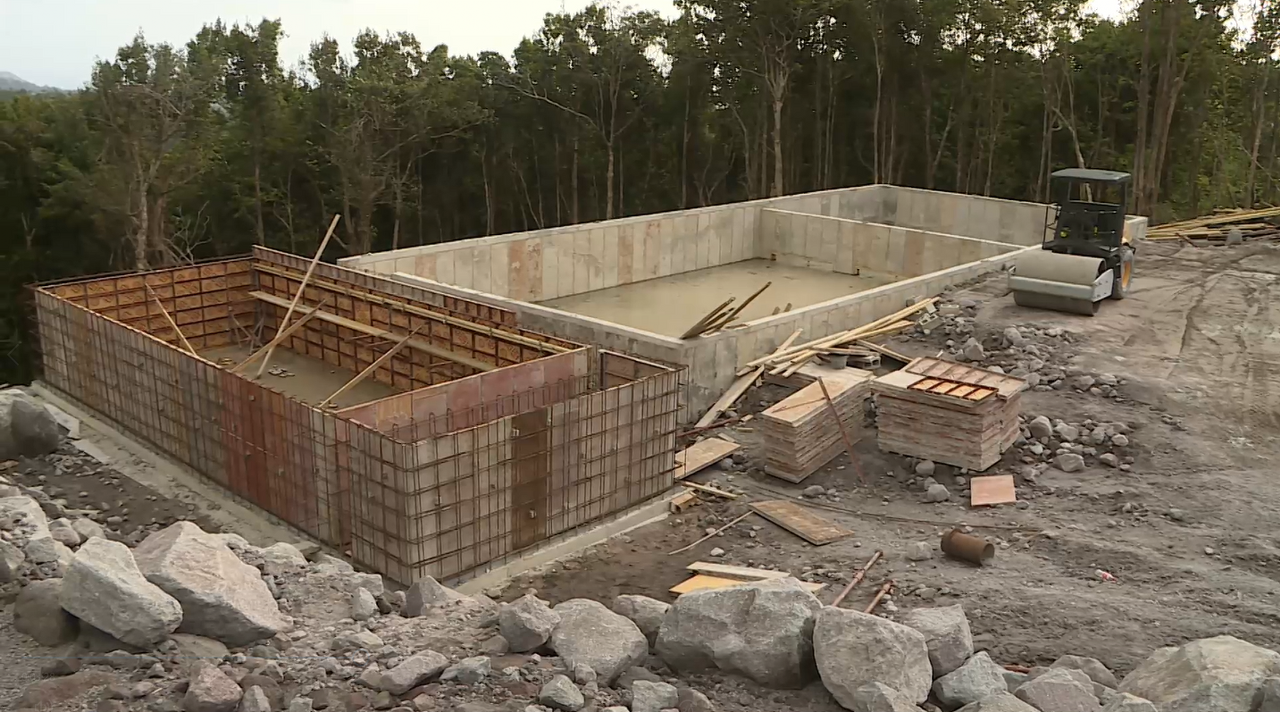 The visit was organized to give the World Bank, a primary partner in this project, a first-hand view of the progress done so far.

Hon. Dr. Henderson thanked the World Bank for its partnership with Government on this important project, as they continue efforts to build resiliency.

“The World Bank has been a reliable partner in this initiative. They’ve been very accommodating, always willing to solve problems and that is what we appreciate. We have gone through many challenges together and I am very encouraged by our achievements to date because in spite of the difficulties we have been able to achieve a lot of things. And it is that commitment that gives us the assurance and the comfort that we will get this project done in a timely manner so that we can reduce the cost of electricity for our people, we can create better opportunities for businesses and we can see the expansion of our economy,” Dr. Henderson stated.

He also noted that the geothermal plant “will also allow us to meet our commitment to reduce greenhouse gas emissions and to ensure that by 2030 all electricity generated in Dominica on the gird will be from renewable sources and we are also hoping to achieve a net zero Dominica by 2030 as well which is part of our goal.”

Dr. Henderson added that a lot of progress has been made so far, adding that construction will begin on the second well pad in the next few months.

World Bank’s Practice Manager for Energy and Extractives, Ms. Stephanie Gil says she is impressed with the progress realized so far.

“I am really impressed at the amount of work done so far. Not only on this particularly part of the drilling work that has to be done but also progress for the power plant itself. So I think its really impressive progress that is being made by the Government to essentially serve the people of Dominica with clean and affordable renewable energy.  So we at the World Bank are very proud to be able to support the country towards that objective and for this particular project as well,” Ms. Gil stated.

Country Coordinator for Dominica, Ms. Karlene Francis says the World Bank is proud to be working with the Government of Dominica on the World Bank’s first geothermal project in the Caribbean.

She added that she is pleased with the commitment shown by the Dominican Government to ensure that this project is environmentally friendly.

“What is even more impressive is the commitment to maintain an environmentally friendly site and also to utilize the resources that are here on property in the construction and also to support the people of Dominica. This is the first World Bank geothermal project in the Caribbean and we are very proud to be associated with it. We are excited about each and every progress that has been made and we are sure that it will contribute to the reduction of energy prices. The Ukraine war is impacting energy costs all over the Caribbean and so this remains an important project not only for Dominica but also for the OECS region and the Caribbean as an example of what renewable energy can do in terms of contributing to GDP and also to sustainable growth at the local level,” Ms. Francis stated.

The works are funded by the World Bank and supervised by leading Icelandic Geothermal Consulting Firms, ISOR and MANNVIT, with monitoring support from local companies, Sorrell Consulting and Eclipse.

The Dominica Geothermal Development Company Ltd. Is providing oversight and environmental and social monitoring of the project.

We have 184 guests and no members online