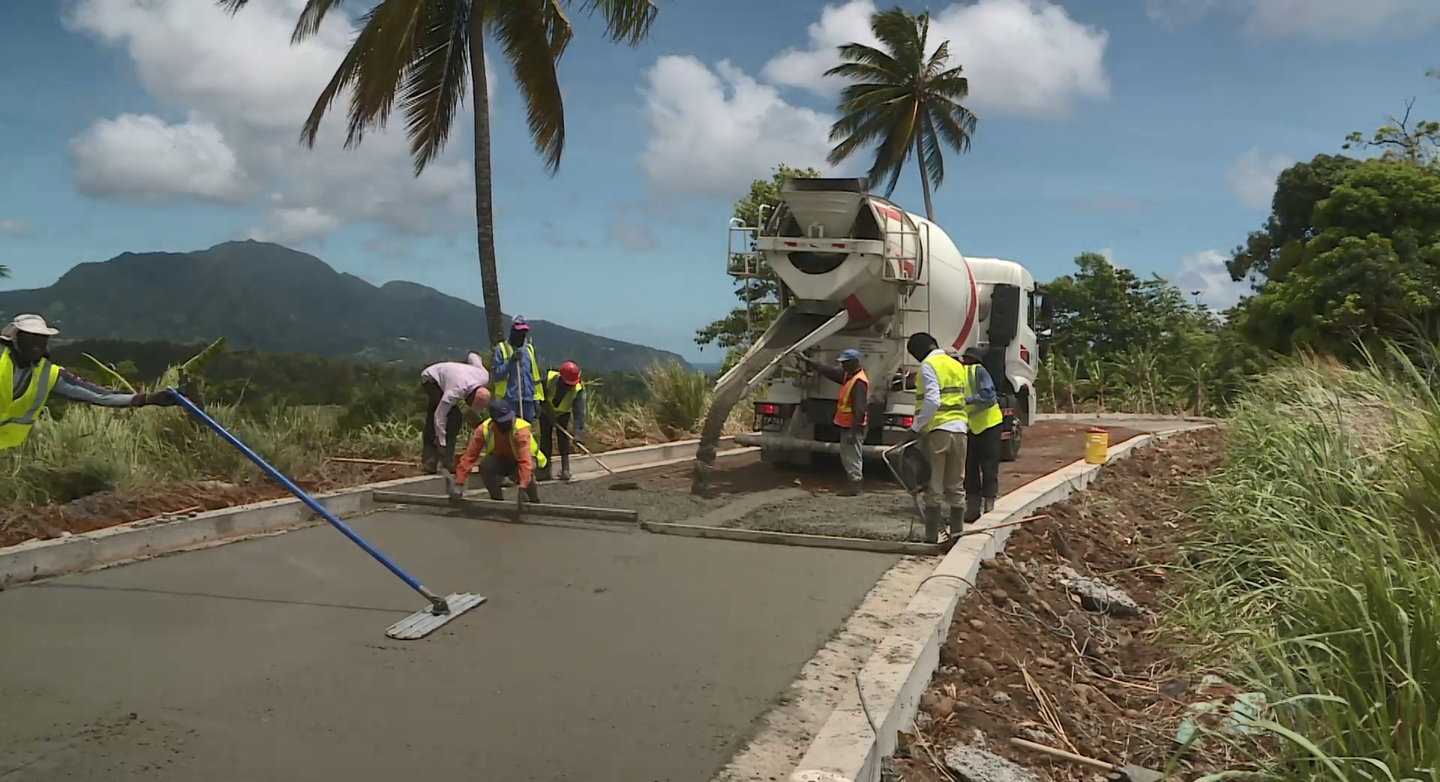 The Government of Dominica is continuing its efforts to build resilience in Agriculture as rehabilitation works on the Middle Ridge farm access road in Calibishie continues.

The project is being financed by the European Union and the Government of Dominica at a cost of almost three million dollars.

Member of Parliament for the Paix Bouche Constituency, Hon. Roselyn Paul says the project is important for the constituency.

“This project on this road has been long awaited by farmers and residents of this area. If we look around it is like a ring road and along the route you have a number of farmers from Calibishie. Actually the farmers group in Calibishie has more than one hundred farmers so that tells you that Calibishie is mainly a farming community and the farmers are very happy to be able to receive this road,” Hon. Paul stated.

Hon. Paul noted that she expects to see an increase in production from farmers upon completion of this major road project.

“The farmers we hope will increase production and have even better quality products. The road before this project from Savanne Paille was really in a terrible state. We could not really drive here without a four wheel, and sometimes even with a four wheel drive it would almost be impassable. But right now with this road farmers can pass through the Savanne Paille end and be able to transport their products and be able to get on their farms at any time of the day. So we really look forward to increased production. The project is currently at an advanced phase and we hope to do an additional two hundred feet of road after this. But right now they are paving and everybody is saying how beautiful it is,” Hon. Paul added.

“This project really entails the solid pavement of seven hundred metres of roadway with sleeper drains on both sides. This is an area where the farmers have complained for quite a while and not just the farmers because as you recognize the village extends up into this area and just the walk up the hill you will realize that the road has been in terrible shape and the there was a recognition of the need to improve access for farmers and villagers in the area,” Mr. St. Jean explained.

The National Coordinator then gave an overview of the works done so far, adding that he hopes to see farmers returning to their farms.

“The project is nearing completion. All of the sleeper drains are in place and they have actually commenced the rigid pavement. I have been advised by the foreman that within the next week they should complete the rigid pavement. And the people and the farmers in this area will have the kind of access that most farmers around Dominica would love to have to get to their holdings. On completion of course we expect to see an increase in the number of farmers who get back into active production. Just from looking you can recognize that a number of farms have been abandoned and the farmers have blamed it on lack of access so we are really hoping that with the improvements that we are doing we will see a resurgence of agriculture and agricultural activity in this area,” Mr. St. Jean further noted.

Harry Wilson, who has been a farmer in Calibishie for over forty five years, stated that he and the other famers in the area are happy to see the road rehabilitated after so many years.

“Now we can see something happening on that road and we are very happy to see that road is paving so that we the farmers of Calibishie can plant more produce and sell in the market. The road was really in a bad condition and we could not really do the things we had to do. So right now we can see the Government really helping us to maintain the road so that we are able to farm more around the road,” Mr. Wilson noted.

We have 195 guests and no members online