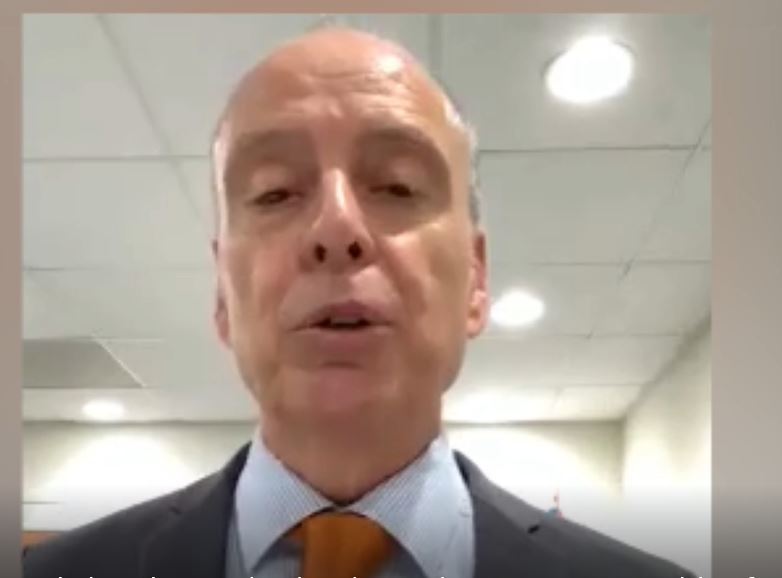 Dominica has welcomed a new ambassador from the Netherlands.

President Savarin says that Dominica and the kingdom of the Netherlands have continued to nurture warm relations since formalizing diplomatic relations in 1980. He noted that he is confident that the new ambassador will continue to strengthen the bond between the two nations.

“This is reinforced by the relationship between the Netherlands Antilles and Dominica, particularly with a traditional huckster trade between Dominica and St. Maarten in fresh agricultural produce. Additionally, our people in the Eastern Caribbean have had very long-standing relationships with the Dutch islands of Aruba, Bonaire, Curacao as the result of the oil refining industry in the 40s and 50s and currently there are several thousand Dominicans living and working St. Maarten. I am confident that you will continue the good work of your predecessors in strengthening the bonds of friendship and cooperation which exist between our two countries over the last forty-one years,” President Savarin stated.

President Savarin says he is pleased to note that the guiding principles of for the Dutch development cooperation policy include renewable energy and climate resilience; areas he hopes Dominica will benefit from.

“I am particularly pleased to note that the guiding principles for Dutch development cooperation policy are the United Nations seventeen Sustainable Development Goals (SDGs) for 2030 which are clearly reflected in the areas of development cooperation being offered, which include renewable energy, climate resilience, water management, public-private partnerships, tourism, environment, and public health, and vocational training. It is my expectation that during Your Excellency’s term of office, that Dominica will be afforded the opportunity to collaborate more fully and benefit from your country’s expertise in these areas and that our cooperation, particularly in the aforementioned major challenging areas, will advance to newer higher heights,” President Savarin noted.

President Savarin added that Dominica remains committed to working with the kingdom of the Netherlands to ensure the wellbeing of citizens of both countries during what he described as turbulent times.

“Your Excellency, we are living in very turbulent times which need to be confronted collectively. Dominica remains resolved in its commitment to working with the Kingdom of the Netherlands and the rest of the global community to resolve matters of major concern such as regional security, the disastrous effects of climate change and the COVID-19 pandemic which put the well-being of our people and the entire world at risk,” President Savarin added.

Meanwhile, Ambassador of the Kingdom of the Netherlands to the Commonwealth of Dominica, His Excellency, Sandór Marnix Raphaël Verga says he looks forward to offering his country’s expertise to Dominica in various fields including geothermal energy and sustainable agriculture.

His Excellency Verga added that he hopes to create more opportunities for Dominica for investors to contribute to the economy.

We have 452 guests and no members online