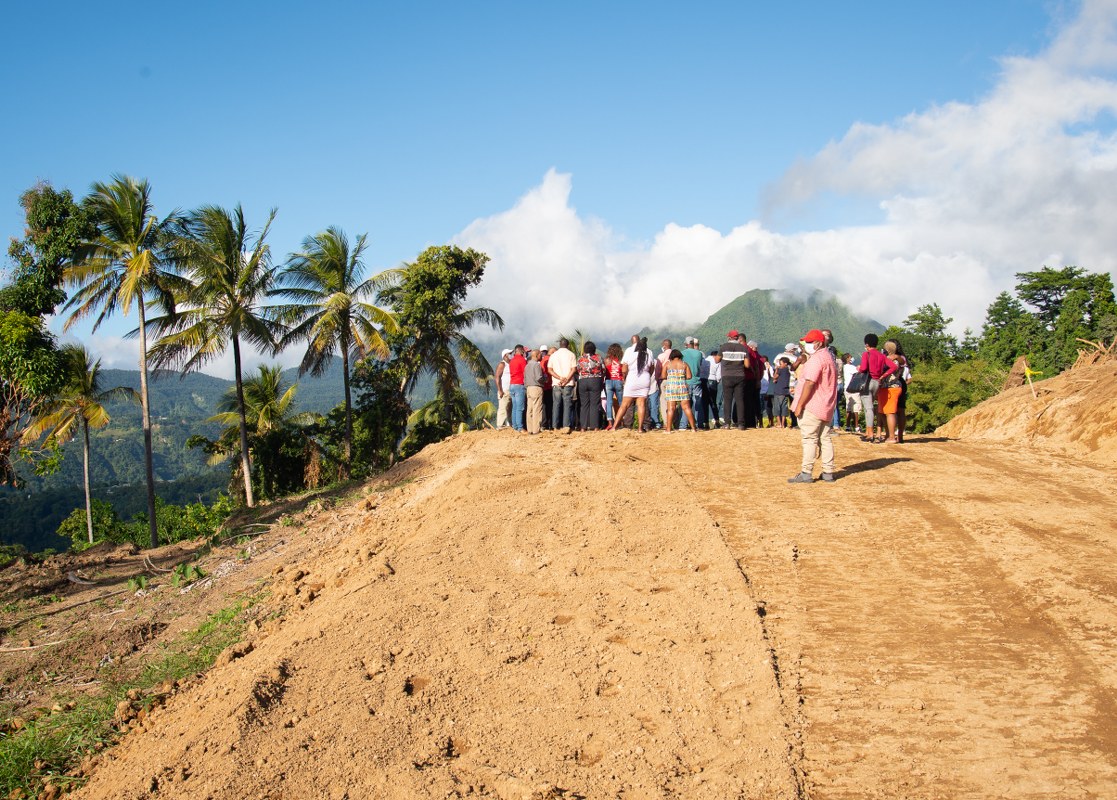 Government has acquired multiple acres of land to be used for a new housing development in Eggleston. This as Government continues to move towards the goal of building five thousand resilient homes for vulnerable families.

On tour of the site in Eggleston, Prime Minister, Hon. Roosevelt Skerrit announced that sixteen three bedroom homes will be built in the first instance for the most vulnerable of residents.

These homes will include two bathrooms, a kitchen, living room and a dining space all aimed at enhancing the family’s privacy as well as reducing their vulnerability.

“We also committed to building sixteen three bedroom standalone homes and with these three bedroom, we have a master bedroom with a master bath. We understand the need to enhance people’s privacy and family relationships so we allow for this. And we have two bedrooms that will share one bath and inside the house as well we have the provisions for a laundry. And of course we have a living room space, a dining room space and also a kitchen,” stated PM Skerrit. 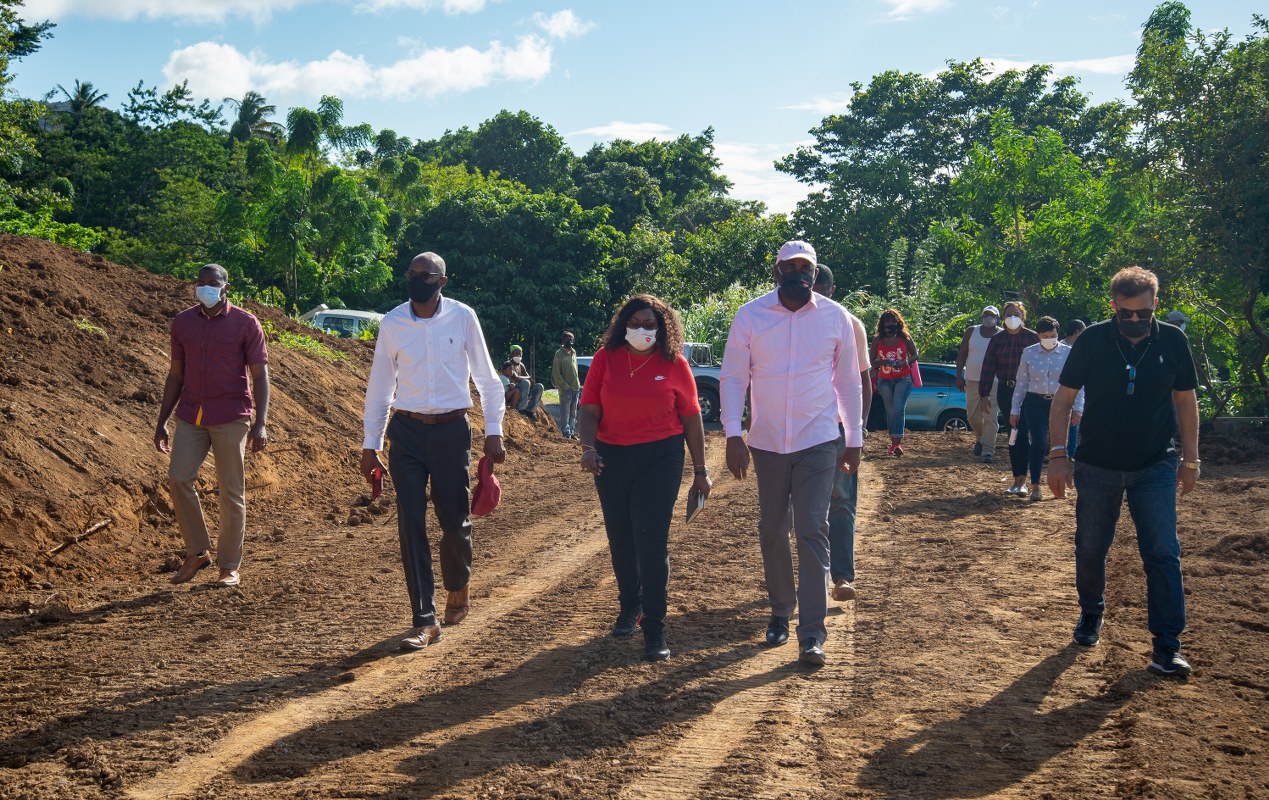 The Prime Minister went on to say that standalone homes will be built more frequently so that more local contractors can benefit from these projects.

“And we are changing designs in some areas where we cannot build standalone homes because of space but certainly where we do have land we will be promoting standalone homes. And one of the reasons why we are moving with the standalone homes, the bungalow homes, is to allow for local contractors from these communities to benefit from the contracts. So what that does is build capacity for the local contractors and it keeps the money in the Roseau South Constituency and help the local economy,” PM Skerrit added. 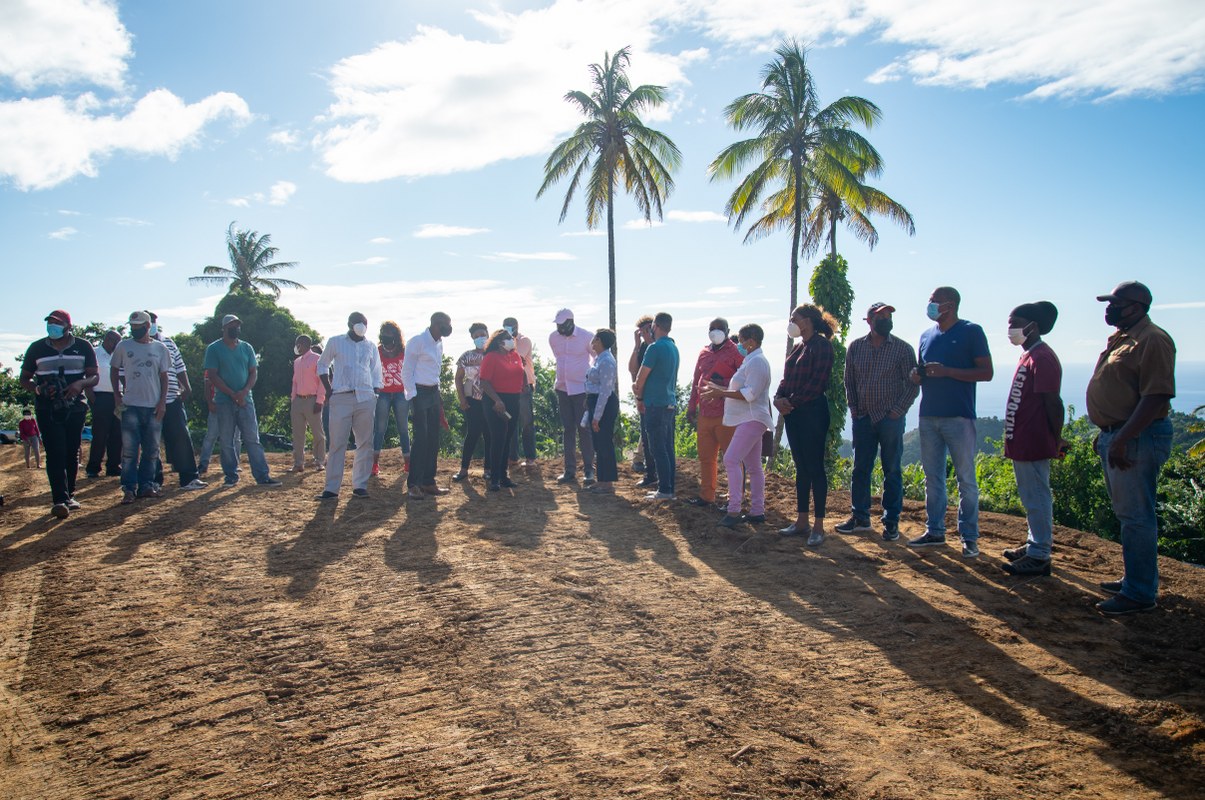 The Roseau South MP noted that this housing development is evidence of Government’s commitment to improving the economic status of all residents.

“It is going to be a development whereby each and everybody will assist and will be part and parcel of what is going on in Roseau South. And that is what we want. We really want to impact the lives of people and change their economic landscape,” Hon. Lockhart-Hypolite noted.

Senior Minister and Minister for Housing and Urban Development, Hon. Reginald Austrie stated that these new housing developments is a continuation of the work Government has been doing over the years.

“Normally its eight months from the start of construction to the handing over of keys and we are hoping that within the next eight months we are able to hand over fifty keys to residents of Pointe Michel, Scotts Head and Roseau South. And this is a continuation of what we have been doing for the past sixteen years,” Hon. Austrie added.

We have 416 guests and no members online