21,000 US FOR NEW PEDESTRIAN CROSSING BRIDGE IN POINTE MICHEL 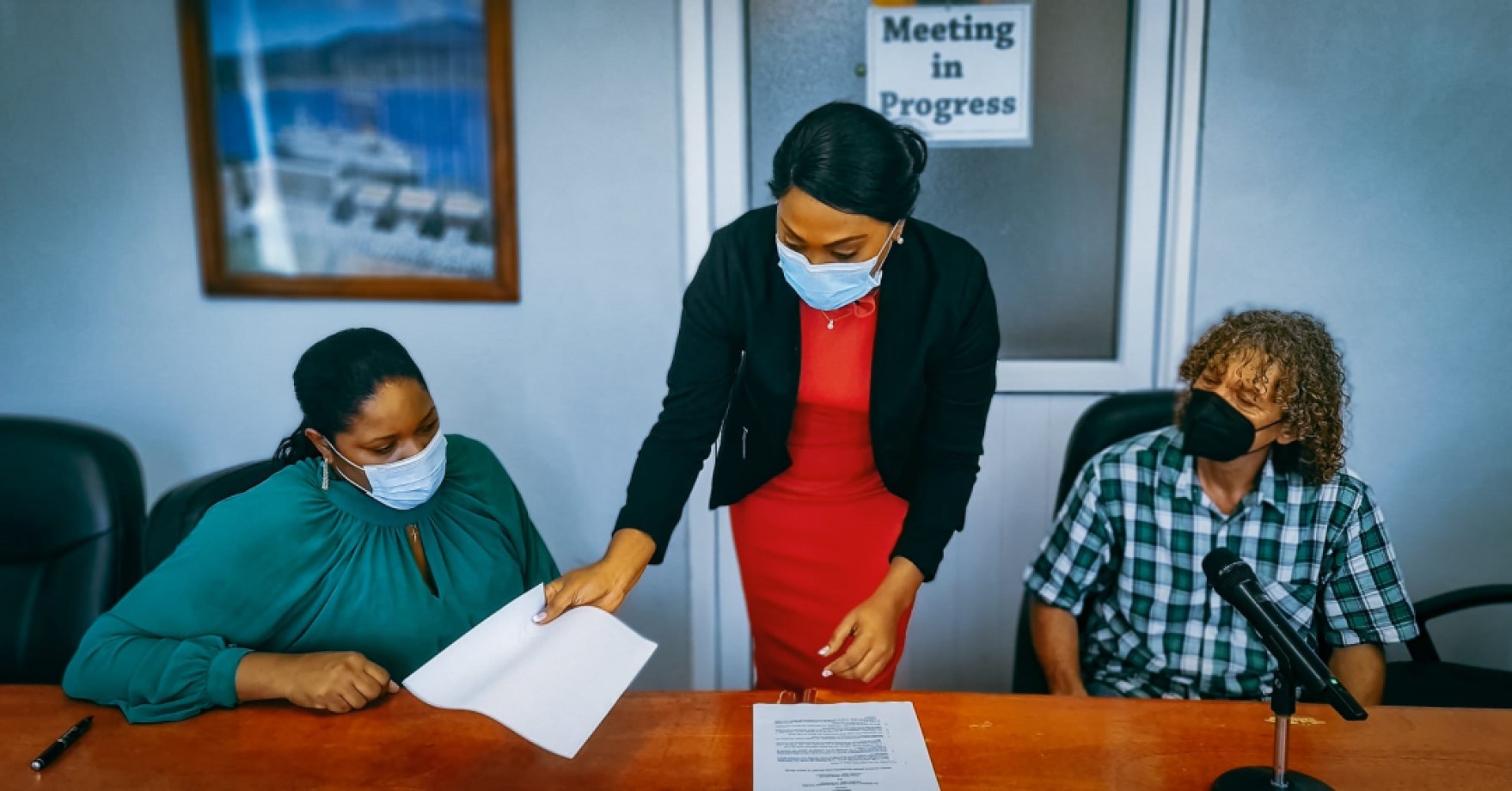 The construction of a pedestrian crossing bridge in Pointe Michel will begin in December of 2021.

The bridge, which is being funded by the Switzerland Government at a cost of twenty one thousand US dollars, will connect hamlets in the village of Pointe Michel after the previous bridge was washed away by Hurricane Maria in 2017.

Member of Parliament for the Soufriere Constituency, Hon. Denise Charles stated that they have been seeking assistance to rebuild this bridge since the passage of Hurricane Maria.

“Today is a very important day for the Soufriere Constituency, especially the community of Pointe Michel. After Hurricane Maria, a very important pedestrian crossing was damaged and we have been trying to seek funds to rebuild that bridge for the residents in the area,” Hon. Charles stated.

The Soufriere MP thanked the Swiss Government for their continued assistance to Dominica, noting that this huge donation comes on the heels of two other significant project in the Pointe Michel community.

“I must say that the Swiss Government has come to our rescue again and I really give thanks to them for the support because since after Hurricane Maria, they have been instrumental in helping us achieve significant projects in the constituency. And yet again today, they are making a contribution of twenty-one thousand US dollars to the construction of this pedestrian crossing for the residents of Pointe Michel. So I am very elated and I want to say special thanks to Ambassador, Her Excellency Rita Hämmerli-Weschke who recently took over from Ambassador Schinder and has since shown a lot of the support to the community,” Hon. Charles noted.

Hon. Charles went on to say that she is happy that this long awaited project will soon come to fruition for the Pointe Michel residents.

“So I am very happy for my residents who have been waiting for this pedestrian crossing for a long time, which is finally going to commence in December. I am happy for the contractor who will be engaged on this project as this will create short term employment for the contractor and some of the young men from the village,” the MP added.

Honourary Consul for the Embassy of Switzerland in Dominica, Mr. Andy Burkard explained that this continued assistance is a result of a growing partnership between Dominica and Switzerland.

“I am very happy to be involved once again with Pointe Michel. I know people might ask themselves why Pointe Michel, three times in a row now, But I think it’s because a relationship has been grown and I think also Ambassador Schinder was very instrumental and the two prior projects were successful and you ride on a successful wave. So this is like a prize for handling the first two projects well and ensuring they were complete and I hope that we can further assist Dominica in general and I am very happy to be part of it,” Mr. Burkard stated.

Chairperson of the Pointe Michel Village Council, Sonia Felix also expressed her thanks stating “on behalf the Pointe Michel Village Council and the residents of Pointe Michel, we really want to express our gratitude to the Honourary Council of Switzerland and to the Parliamentary Representative of the Soufriere Constituency,” going to on to add “we are really grateful and we know the residents also will be very happy for this new bridge.”

We have 392 guests and no members online