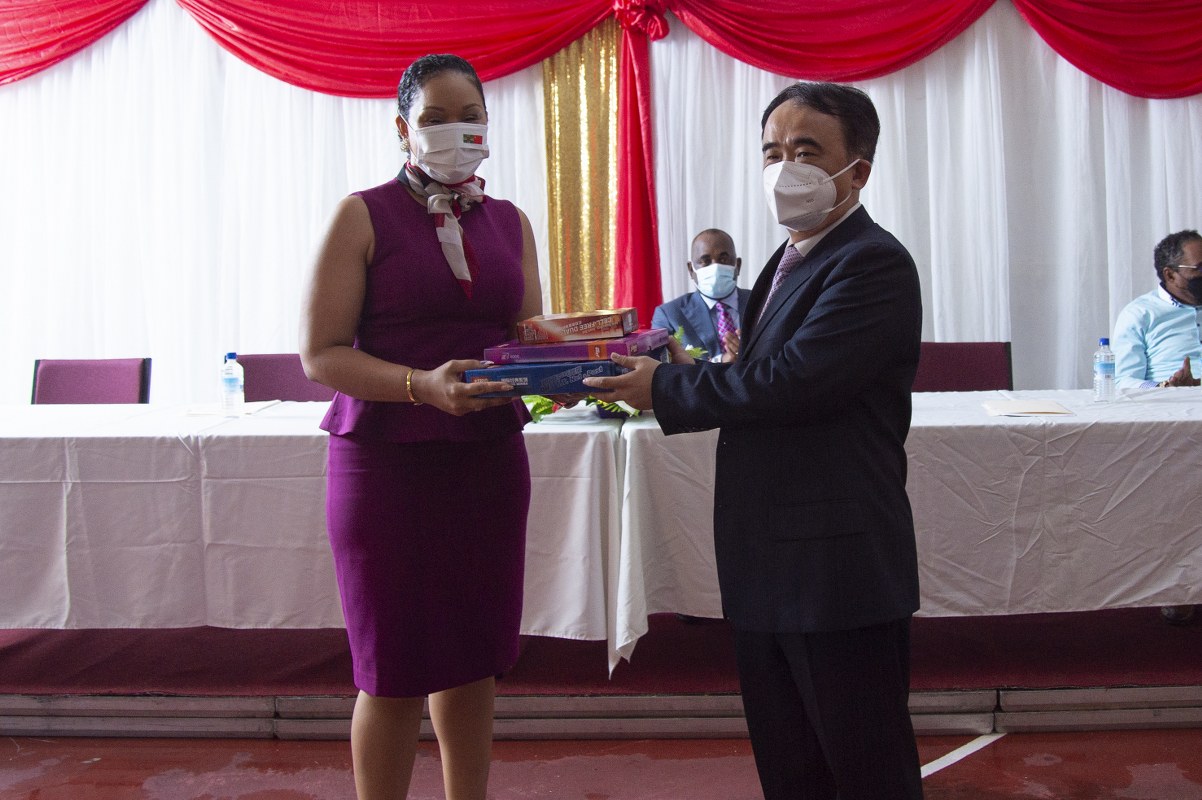 The People’s Republic of China has once again shown its commitment to the Government and People of Dominica as they handed over table tennis equipment to the Ministry of Sports, Culture and Community Development.

The equipment was handed over at a ceremony held on Tuesday, December 7 at the Windsor Park Sports Stadium.

“I am pleased that the Chinese Government saw it fit to provide these resources to the schools in Roseau Central, the stadium, and across Dominica to maximize its reach. I am particularly proud to take part in this ceremony because the provision of sporting equipment, sporting venues along with the promotion of health are promises that this Government has sought to deliver,” the Roseau Central MP stated. 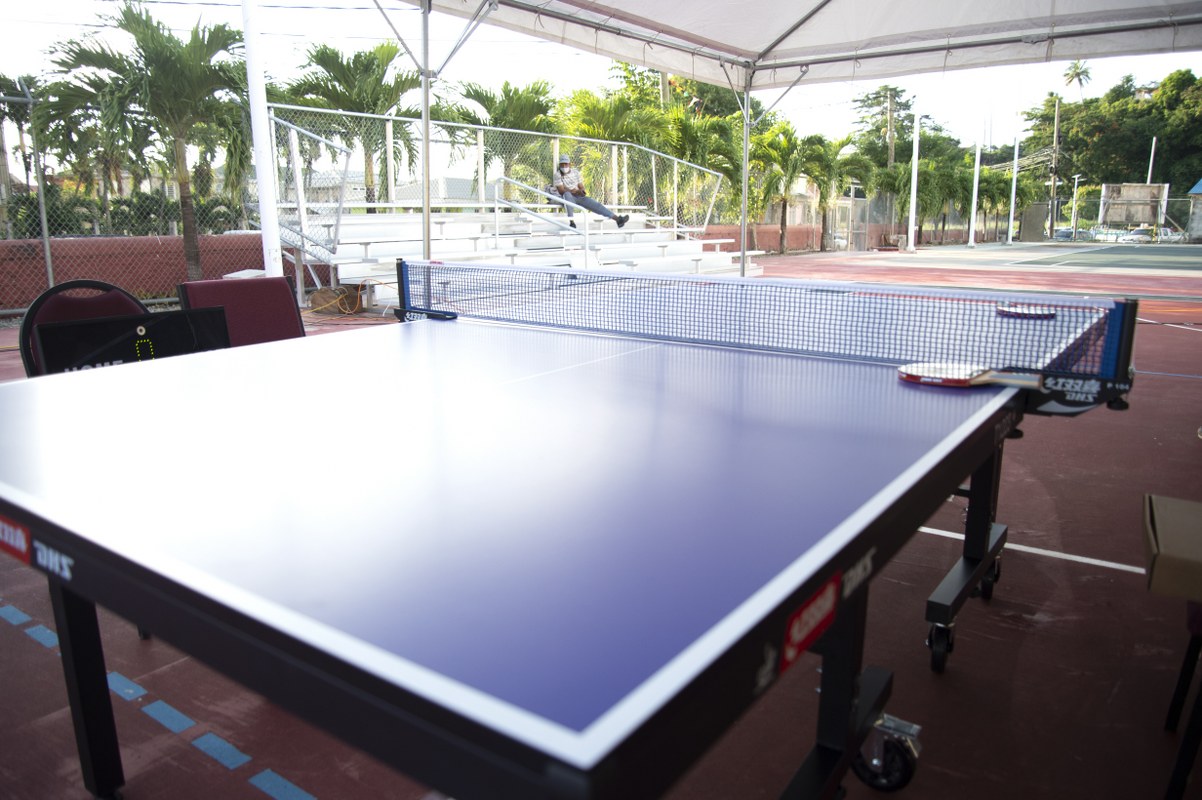 Prime Minister of Dominica, Hon. Roosevelt Skerrit thanked the People’s Republic of China for what he described as their continued commitment to Dominica. He stated that this equipment will enhancing sporting activities around the island.

“I want to reiterate an expression of gratitude to the People’s Republic of China for this very important gesture, the donation of twenty two- table tennis sets. And this I believe will certainly enhance sporting activities not only in the city of Roseau but throughout Dominica,” PM Skerrit noted.

Acting Minister for Sports, Culture and Community Development, Hon. Oscar George stated that this donation is important in the Government’s thrust towards the development of sports in the country. 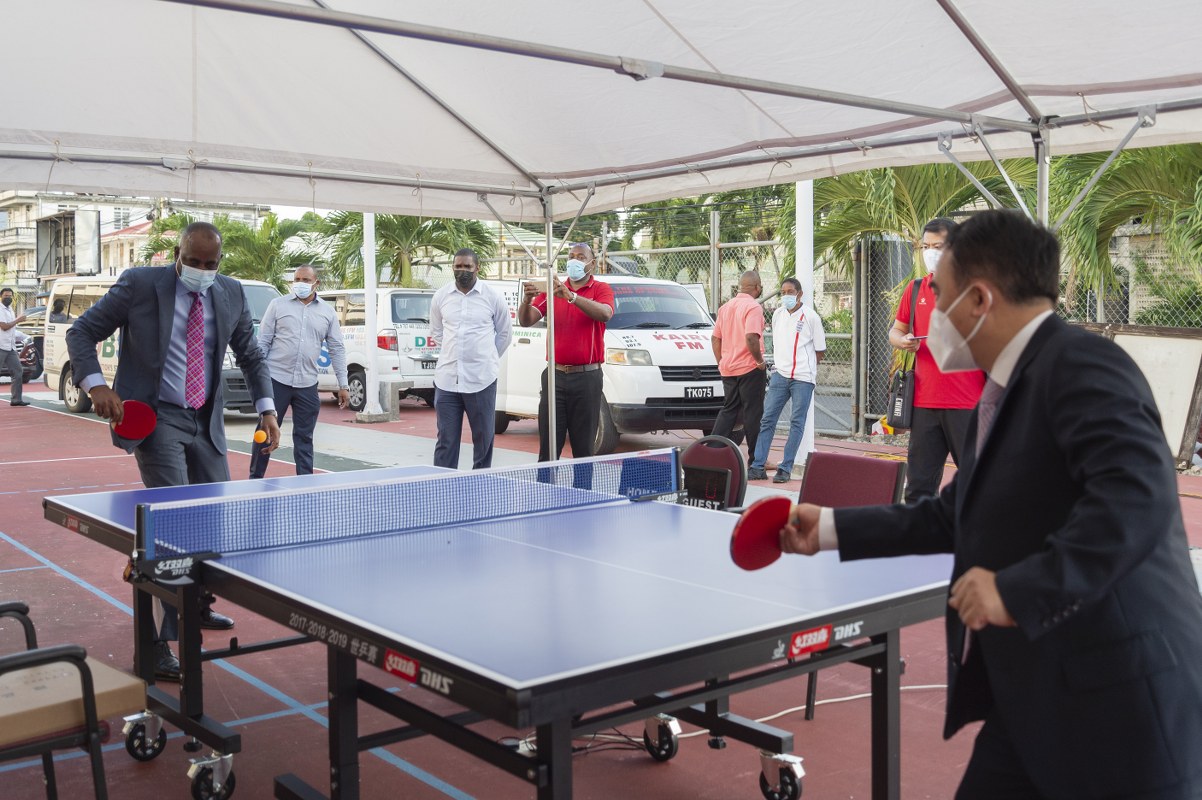 Ambassador of the People’s Republic of China to Dominica, His Excellency Lin Xianjiang noted that this donation is another gesture of friendship between the two countries.

“On behalf of the Chinese Government, I am pleased to present twenty-two table tennis tables, together with rackets, balls and other equipment to Dominica. The Chinese Government and the Chinese Embassy has always done what it can to help Dominica’s social and economic development and improvement of people’s lives. Today this gift will present another gesture of our friendship,” H.E. Lin Xianjiang noted.

Minister for Foreign Affairs, International Business and Diaspora Relations, Hon. Dr. Kenneth Darroux thanked the People’s Republic of China for this donation of equipment and for all the years that they have assisted Dominica in various ways.

We have 440 guests and no members online