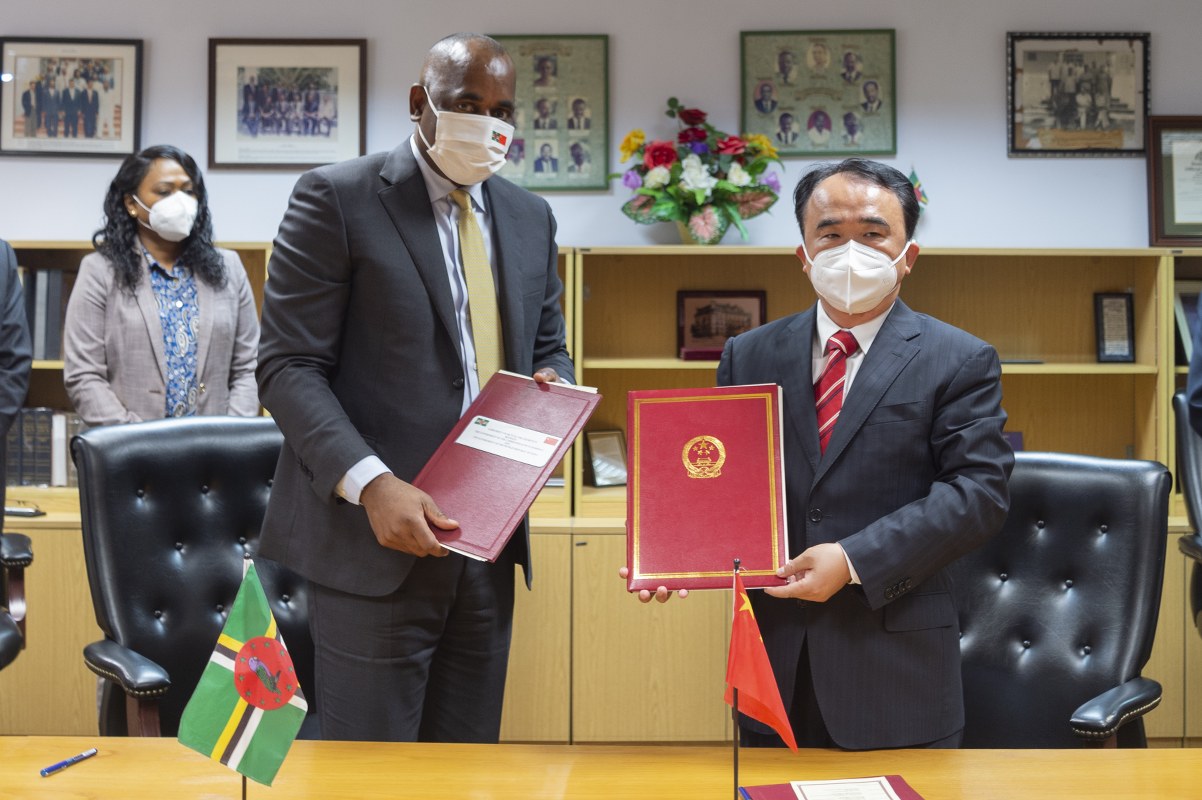 The waiver was signed on Monday, November 22, 2021 by Prime Minister Hon. Roosevelt Skerrit and the new Ambassador of People’s Republic of China to the Commonwealth of Dominica, His Excellency Lin Xianjiang.

Prime Minister Skerrit stated that this is indeed a great and important milestone in the bilateral relations between Dominica and the People’s Republic of China. He expressed his gratitude on behalf of the Government and people of Dominica for this significant agreement.

“With the signing of this visa free agreement between our two countries will now enhance the relationship, and will allow our people to move into each other’s country without the requirement of our visa. This clearly is a special dispensation and special consideration which China is granting, especially in this pandemic period. These are not agreements that they will normally enter and so we are even more grateful for the signing of this agreement,” PM Skerrit stated.

His Excellency Lin Xianjiang explained that his agreement is being signed with the hope of increasing travel from country to country.

“Usually in a pandemic, China doesn’t give such privileges with the visa free agreement. But we make this special arrangement for Dominica because we see Dominica as a very important friend to us and we want to push our bilateral relations to a new height, and facilitate international travel between the two peoples. It’s a pleasure for me to sign this agreement today and I wish that with this agreement coming into effect, the bilateral relations can be heightened further, the people to people exchange can be made closer and we can bring our friendship to a new level,” H.E Lin Xianjiang noted.

We have 381 guests and no members online