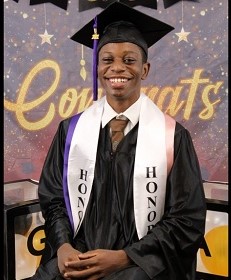 The Arthur Waldron S.D.A Academy has topped the 2021 CSEC results. Doneil Bacchus has obtained twelve ones and one two for the S.D.A school.

Seven of the top ten schools all attended schools in the north namely the Arthur Waldron SDA Academy, Portsmouth Secondary School and the St. John’s Academy.

Minister Alfred congratulated all students who made it to the list of top performers in Dominica. She also congratulated Leon Telemaque of the North East Comprehensive School who obtained a Grade One in Information Technology as a first form student.

Despite the challenges imposed on the education system for the academic year 2020-2021, students still managed to perform remarkably when compared to their peers across the region. A total of one thousand one hundred and ten candidates sat the CSEC exams this year in thirty two subject areas.

CXC Local Registrar, Ms. Magalie Celestine stated that many schools showed an improvement compared to previous years while others maintained their stellar record.

“Three schools have maintained 90 percent plus performance rate for the last four consecutive years, 2018 to 2021. The Convent High School, the St. John’ Academy, and the Authur Waldron S.D.A Academy. Five schools showed improvement when compared to their overall performance in 2019; the Convent high school, the St. Mary’s Academy, the Dominica Grammar School, and the Dominica Community High School. Marked improvement was observed at the Dominica Community High School as they moved from 57.1 percent to 68. 2 percent and at the Dominica Grammar School who moved from 74.3 percent to 83.3 percent,” Ms. Celestine stated.

Three hundred and thirty two candidates passed five or more subjects including Mathematics and English A.

This year, CXC offered two sittings for the CSEC exams, one in late June to July whilst the other was held in July/August specifically for the Saint Vincent and the Grenadines following the volcanic eruption. Dominica took part in both sittings, due to natural occurrences.

“CXC has been sensitive to what has been happening with teaching and learning in each territory ad made several adjustments to assist candidates to include a reduction in the number of SBAs y as much as 50 percent in some instances, a reduction in requirements for French and Spanish orals given the Covid-19 implications, a delay in the start of examinations by six weeks, an extension in the submission of SBAs by six weeks, an extension in the conduct of onsite moderation for the Sciences, practical, technical and vocational subjects,  up to the 31st of July. For the first time, they released the topics for paper two five weeks prior to the start of exams for both CSEC and CAPE and they have also put in place a deferral system for candidates who were directly impacted by the pandemic.

We have 194 guests and no members online