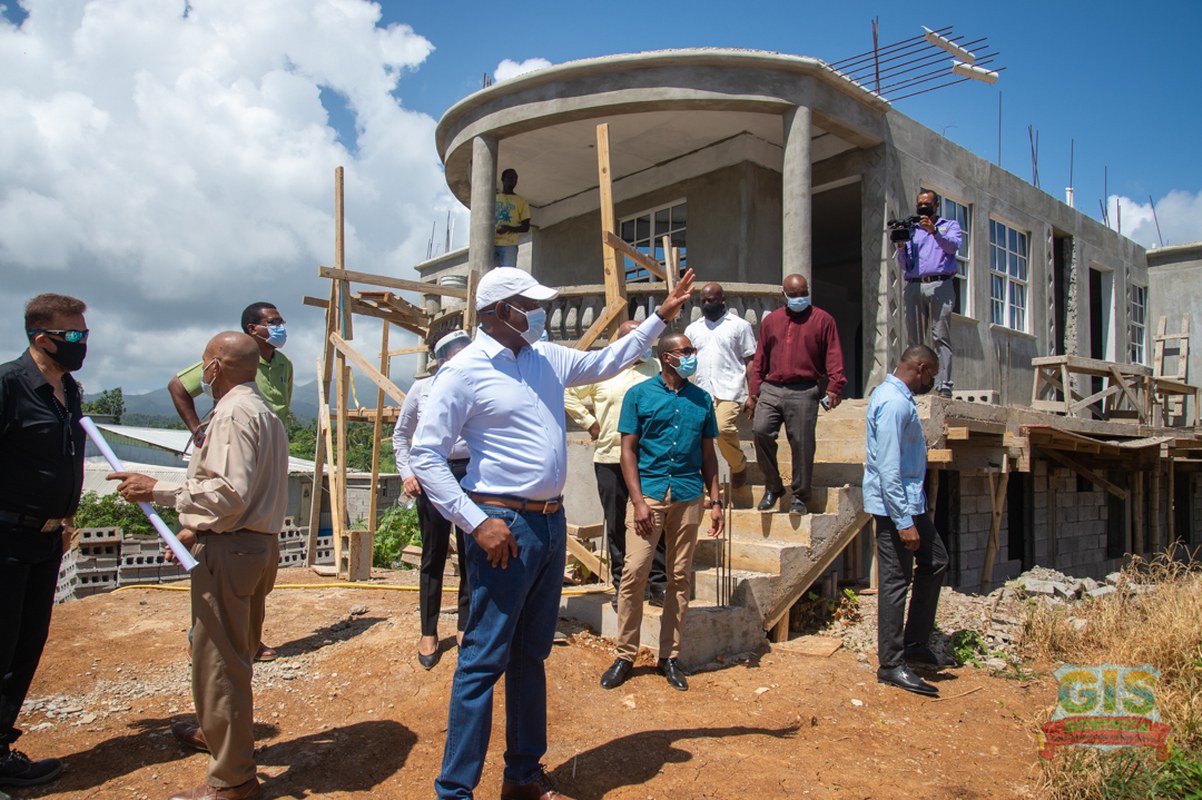 Prime Minister Hon. Roosevelt Skerrit says work on Dominica’s international airport continues to develop and materialize as the team with responsibility for constructing the airport has met with a number of stakeholders.

“We are making good progress on their airport. The team was here recently and they met with a number of stakeholders including the police, customs, fire, telecommunications providers, DOMLEC, DOWASCO, to get the feedback from people who are going to be utilizing the airport, to ensure that we capture in the designs everything that they require to be put in place to facilitate their operations at the airport,” PM Skerrit stated.

Prime Minister Skerrit says the lab for testing of the soil at the airport site has been completed and is fully equipped.

“The lab has been completed and all of the equipment installed. We are now building permanent offices for MMCE staff and also for the International Airport Development Company staff because we will have our own engineers and supervisors etc. So we on track,” the Prime Minister added.

Historian Dr. Lennox Honeychurch has also been engaged to assist with maintaining historic artifacts at the airport site.

A number of homes are being constructed in the Jo Burton area to facilitate the relocation of residents for the construction of the international airport. Prime Minister Skerrit says these homes are nearing completion.

“The light clearing of the airport continues to take place. The homes are nearing completion. Kitchen cupboards are up, internal painting has been done, some are being painted on the outside, and the homeowners are very happy. Those who have decided to accept the cash from the Government to build their own homes are super happy with the quality of work,” he went on to say.

“We have been able to make some changes to the residences with the use of the floor plan based on special requests of the home owners and people are happy about this. They chose their own external color of their house and I think people are recognizing that when we make a promise and we make a commitment that we keep it. And this Labour Party Administration is known for this.  We don’t play games with people and sometimes it might take a little longer than when we say it will come but people are understanding and if I make a promise I keep it,” PM Skerrit further stated.

All contractors and sub-contractors who are currently employed on the airport project are local. Prime Minister Skerrit called on the contractors to remain patient and thankful for the employment opportunities.

“There are several residents of Wesley and Woodford Hill who are engaged so far on the project. All of the contractors and the sub-contractors that are on site now are all local contractors and there will be a lot of more work for Dominicans to do. We must not display a degree of greed and envy. What a contractor has thank God for it; what you have thank God for it. But we have to be sensible with our negotiations as business people,” PM Skerrit added.

The agreement for the construction of the international airport was signed between the Government of Dominica and Montreal Management Consultants Establishment (MMCE) on June 9, 2021. The airport project, whose completion is set for 2025, will be solely funded by the Country's Citizenship by Investment Programme.

We have 323 guests and no members online