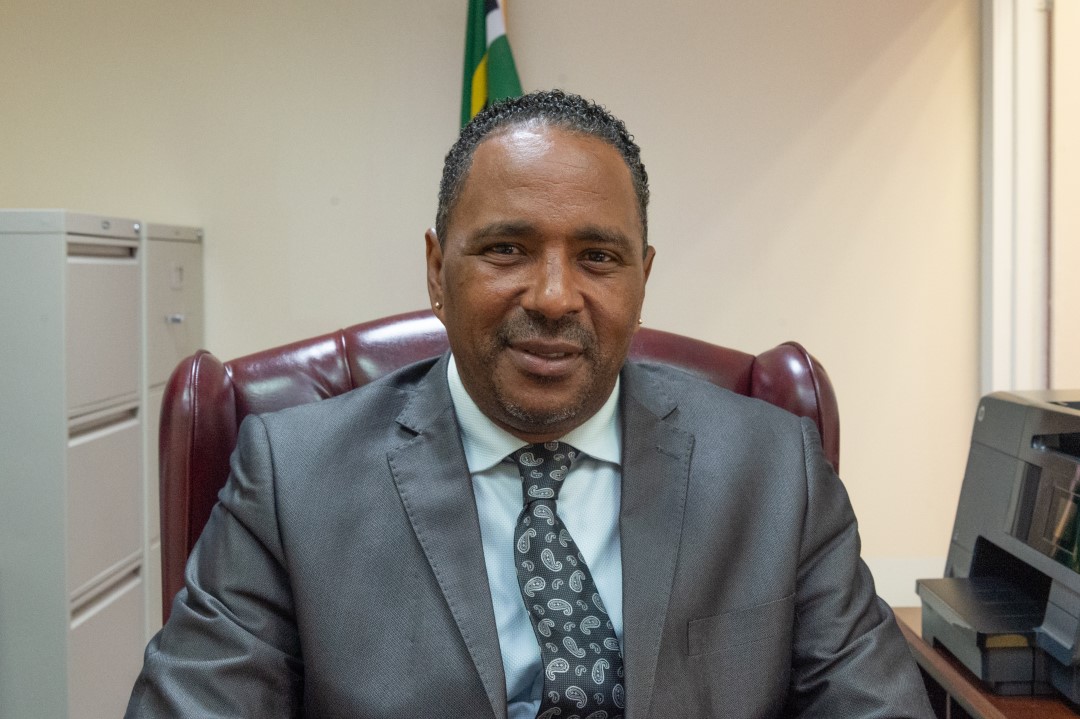 Minister for Foreign Affairs, International Business And Diaspora Relations, Hon. Dr. Kenneth Darroux, addressed the Seventy-Sixth Session of the United Nations General Assembly on Monday, September 27 under the theme “Building Resilience Through Hope-To Recover From Covid-19, Rebuild Sustainability, Respond to the Needs of the Planet, Respect the Rights of People, Revitalize the United Nations’.

Minister Darroux says this meeting is convened at a time when the world is grappling with the deadly impact of the covid-19 pandemic. He says the pandemic has exposed limitations of national health care systems throughout the whole world.

He explained that to survive this pandemic and to better prepare for the future, priority must therefore be given to universal access to quality healthcare services to all citizens. This will require a greater role for the World Health Organization and its hemispheric counterparts such as the Pan-American Health Organization (PAHO), Caribbean Public Health Agency (CAPHA).

He stated that for small developing states like Dominica, the COVID-19 pandemic threatens to reverse the gains that the country has made in the socio-economic development of citizens, by placing additional burdens on national budgets as the Government is now forced to provide increased support to citizens.

Minister Darroux spoke of the negative impacts the covid-19 pandemic has on small island developing states like Dominica.

“The closure of businesses, and the additional cost of operating businesses during the restrictions occasioned by the actions to contain the virus, is having an extremely debilitating impact on the private sector. Our tourism industries have been dealt a devastating blow, as the impact has been most severe in the hotel, hospitality, and service sectors. We must therefore work collectively to end this deadly pandemic,” Dr. Darroux stated.

The Foreign Affairs Minister expressed concerns that with small island developing states battling Covid-19, these countries will not be able to meet the sustainable development goals.

“Our international development partners, both bilateral and multilateral, must be responsive to our new realities and calls for more creative financial instruments that take into account these new realties. Dominica is of the view that, this new dispensation must also reward countries for progressive policies directed at creating sustainable systems for production and consumption. Universal access to quality healthcare must now be pursued more aggressively, whilst at the same time, access to quality and relevant education must continue, if small states are to build capacity and advance their national sustainable development agendas,” Dr. Darroux explained.

Climate change has always been an issue for countries all over the world. Over the years, Dominica in particular has experienced the real brunt of climate change with Tropical Storm Erika in 2015 and Hurricane Maria in 2017.

Dr. Darroux went on to explain that rising sea levels coupled with more frequent and extreme weather events, make the Caribbean one of the most vulnerable regions in the world. Recent weather phenomena in the Commonwealth of Dominica suggest that the climate is indeed changing, with increases in temperature, changes in the seasons and erratic temperature variations.

“Fellow Delegates, according to the World Bank study entitled: “Turn Down the Heat”, the number of severe hurricanes is projected to increase by 40 percent, with double the intensity, as warming rises by 2°C and up to 80 percent in case of a 4°C warming. A single disaster event can affect an entire territory or economy and cause a disproportionately high loss of GDP as was the case with Hurricane Maria, which affected all the economic and social sectors in Dominica with an estimated impact of 226% of GDP,” Dr. Darroux further stated.

We have 323 guests and no members online