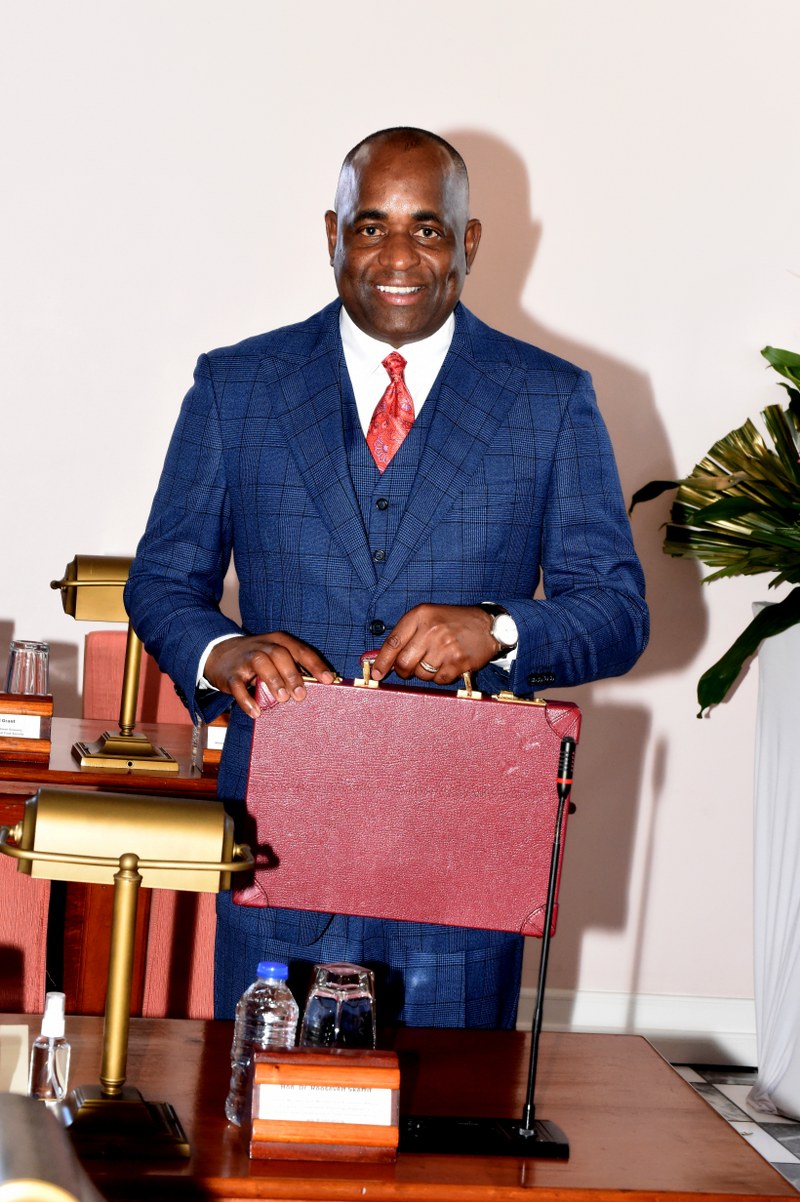 The Agricultural Sector will soon see major developments as 31.9 million dollars was allocated to the Ministry of Blue and Green Economy, Agriculture and National Food Security in the 2021-2022 National Budget.

This was announced by Prime Minister and Minister of Finance, Hon. Roosevelt Skerrit during his Budget Address, presented under the theme ‘Building on our Past; Solidifying our Present; Securing our Future’ totaling $993.6 million.

PM Skerrit stated that agriculture remains a top priority for this Government, and the budgetary allocation of $31.9 million will advance the continued expansion of the agriculture sector.

“The development of banana and plantain, vegetable and livestock will continue; as well as the modernization of the processing of traditional crops such as cassava, toloma, bay leaf, herbs and spices; and tree crop expansion, will also take place. The agriculture resilience programme will also continue with the distribution of seedlings, fertilizers and inputs to farmers. In this financial year we will begin the implementation of the livestock and infrastructure components of the DEALCRP project. Motorized tools and equipment to the tune of $5.0 million, will be distributed to farmers,” PM Skerrit noted.

The Prime Minister explained that Government will continue to provide assistance to livestock farmers and fisher folks. He noted that rehabilitation works will continue on the livestock house in Londonderry while 5 regional offices will be restored to support distribution to farmers around the island.

“In addition, 250 livestock farmers will receive assistance in the form of materials valued at $3.1 million, to facilitate construction of climate resilient animal housing. Also, over 50 fisherfolks will receive newly constructed fishing boats. Renovation works will continue at the Central Livestock farm at Londonderry at a cost of $1.2 million. The 5 Regional Offices in the North East, East, Central, South and South East will be refurbished to support the Division of Agriculture in the delivery of essential services to our farmers. We will also rehabilitate 3 propagation centers in Londonderry, Woodford Hill and La Plaine to facilitate the availability of planting material for restoration of tree crops, root crops and perennials,” PM Skerrit stated.

The construction of the Agriculture Science Complex Building at One Mile is set to commence in January 2022 after being delayed due to restrictions caused by Covid-19. This project will be carried out with support from the People’s Republic of China and will house a training centre, tissue culture lab and accommodation for the experts when completed.

PM Skerrit also spoke of the rehabilitation works to be done on both the Roseau and Marigot Fisheries, both of which were damaged by Hurricane Maria.

“On May 24, 2021, we signed a contract with a Japanese Firm to undertake these two projects. Work is scheduled to commence on July 31, 2021. This will enhance the quality and safety of the handling of fish products for consumers.  This project is valued at approximately $27.0 million dollars, $10.7 million of that amount is expected to be spent during this fiscal year,” PM Skerrit explained.

The Authority will focus on linking production to market, through research and development.

"The Government is of the view that it is in the interest of our farmers to create a single entity to coordinate all aspects of production and marketing. In that regard we are proceeding with the establishment of an Authority that will focus on linking products to markets. We anticipate that this mandate will be carried out with a mix of the following: Marketing and Market Access for specified crops, Production, Technology introduction and adaptation, and Financing to support the commercialization of agricultural production and agribusiness; Plant propagation and Research and development,” the Prime Minister further noted.

PM Skerrit went on to add that “we intend to consult with stakeholders on this process. It is expected that the governance structure of such an Authority will be under the direction of the Minister of Agriculture, and will be comprised of both public and private sector interests.”

The development of the Cannabis Industry is another significant initiative to be undertaken in the upcoming fiscal year. PM Skerrit stated that Government is now ready to explore all the possibilities that investments in cannabis offers, particularly the value-added component of cannabis, such as the production of marijuana oils, supplements, and other products that the global market demands.

He explained that “many of our citizens who have been suffering from cancer have proclaimed that the marijuana oil is a very important part of their treatment, and we do not think that our people who are suffering and need this to cushion their pain, should have to procure these oils in a clandestine manner.”

“We will therefore put in place the necessary structure to allow for the production and procurement of these oils transparently and legally.  On a broader scale, bold and decisive action on Dominica’s involvement in the cannabis industry is needed. In that regard a National Task Force has been established to give focused attention to this important area, which can pave the way for multiple new jobs, and be an important revenue earner,” PM Skerrit added.

We have 209 guests and no members online