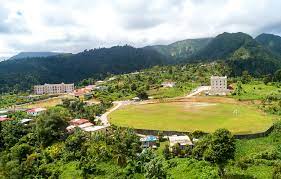 In a bid to keep residents of Grand Fond and other citizens safe, the Government of Dominica has implemented precautionary measures to minimize the risk of spread in Grand Fond and the wider community.

This was announced by the Minister for Health, Wellness and New Health Investment, Hon. Dr. Irving McIntyre as the ministry continues its contact tracing in the area.

Dr. McIntyre stated that on July 6, 2021, six travelers arrived in Dominica from the British Virgin Islands and were quarantined at a Safe in Nature COVID Certified property. At the end of the quarantine period, two travelers tested positive and were admitted to the St James Isolation Unit. The other four travelers who tested negative were re-tested on Day 5, three of whom turned out positive and were also admitted to the St James Isolation Unit.

The Health Minister noted that since the detection of these cases contact tracing has been ongoing with all contacts being tested and quarantined.

“Given that all the positive cases were from the Grandfond Community, over the last few days the Ministry of Health has been on the ground in Grand Fond.  Swabbing and testing of primary and secondary contacts as well as random testing of residents of the community has been ongoing over the past three days. Additionally, all other persons who were identified as primary and secondary contacts who do not reside in the community have also been tested and quarantined,” Dr. McIntyre stated.

Dr. McIntyre explained that so far seventy PCR tests and over one hundred and seventy rapid antigen tests have been administered.

“On Friday, July 16, thirty two primary contacts were transferred to the Government Quarantine Facility in Portsmouth. Out of these primary contacts, only two returned positive results. These two individuals were admitted to the St James Isolation Unit and the primary contacts of these two new cases were all identified and swabbed for PCR testing.  Out of an abundance of caution, all primary contacts will remain in quarantine and be re-tested on day 5.  To date, seventy PCR tests and one hundred and seventy four Rapid Antigen Tests have been carried out for primary and secondary contacts from July 16 to today July 18.  Of the 174 Rapid Antigen Tests, only one returned a positive result. The individual was immediately swabbed for PCR testing and placed in Government Quarantine. All contacts for this individual have been identified and contacted,” the Minister stated.

Parliamentary Representative for the Grand Fond Constituency, Hon. Gretta Roberts stated that while the news have been good so far, citizens are encouraged to adhere to the protocols.

“We are trying our best to make sure that Grand Fond remains safe. We want to thank the constituents for their willingness. They have been very, very cooperative and a lot of them have turned out to be tested and so far most of our tests have returned negative. This is a good sign for us but despite of this we still want to encourage the constituents to observe the protocols and to be vigilant. The shops are opened to ensure that hey get the groceries that they need but we ask that they maintain the distance as much as possible. Wear your masks, continue to sanitize as much as possible. What happened shows us how quickly that this virus can spread,” Hon. Roberts stated.

Twelve active cases have also been confirmed as of Sunday, July 18 2021.

We have 286 guests and no members online