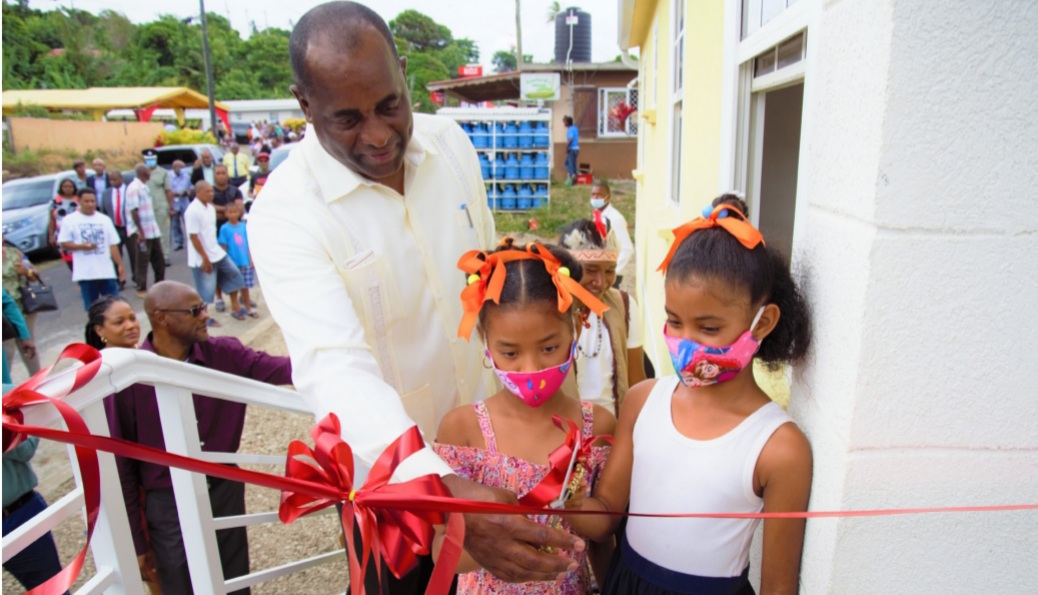 The Government of Dominica’s ongoing housing revolution has touched another eighteen families in Bataca.

The new home owners received their keys to their homes at a ceremony held on Wednesday, June 2 2021.

These homes are a result of a partnership between Government and PreConco Limited and are being built to withstand hurricane force winds and seismic activity in keeping with Government’s plan to build a resilient nation.

Permanent Secretary in Ministry of Housing and Urban Development, Mr. Reginald Severin stated that these houses are in response to an assessment which showed that the Kalinago Territory has the highest record of damaged houses.

“According to a Building Damage Assessment that was done in 2018 by the UNDP and the World Bank, we found that the Kalinago Territory, which forms part of the parish of Saint David, had the highest number of homes damaged at a record of 693 that were completely lost. Government is on the journey to actually building back safe secure and high-quality housing in the Kalinago Territory in response,” Mr. Severin stated.

Kalinago Chief Lorenzo Sanford highlighted the fact that by providing housing to needy families, the Government is lifting the standard of living of these citizens.

“It means that a family has been given the opportunity for an improved family life and a better standard of living. You have the space to create an environment in which young ones can study and do their homework and where to other important endeavors. No one can doubt that access to improved housing, portable water, and sanitation are very important factors in alleviating poverty,” Sanford noted.

Minister of Environment, Rural Modernization and Kalinago Upliftment and Member of Parliament For the Salybia Constituency, Hon. Cozier Frederick described the ceremony as a testimony to the a promise made by the Government in its 2019 manifesto to revolutionize housing conditions on island and build 5000 resilient homes, 500 of which will be built in the Kalinago Territory. 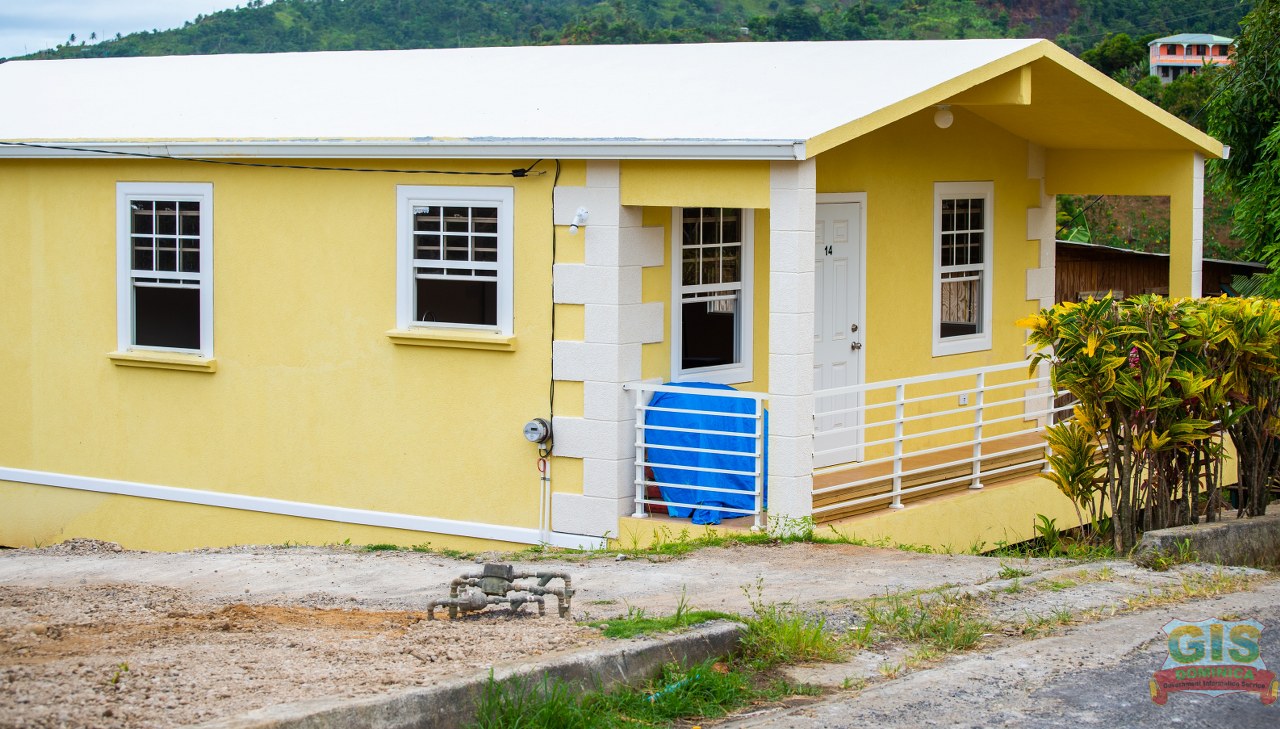 Hon. Frederick stated that this initiative of the Government will not stop until every Dominica is secure in their own home.

“I can safely say that building houses that are hurricane resilient will not stop until everyone in the Salybia Constituency and the country by extension can feel safe and secure in their own home especially during hostile weather conditions. Our Government takes housing on as a serious social issue and we are making special efforts to ensure that members of society have a safe home. I stand here today in an area that was totally devastated by Hurricane Maria and I am delighted to have members of the community benefit from this programme,” the MP noted.

Senior Minister and Minister for Housing, Hon. Reginald Austrie encouraged recipients to care and cherish the gifts that they have received.

“We express our gratitude to the contractors and builders as part of the Housing Solutions Limited Project and encourage you the home owners to care and maintain your homes with a sense of belonging and pride. I was asked to reads to you a series of ‘dos and don’ts’ but I believe that my Kalinago people are responsible enough to take care of those homes and to cherish them as the best gift you have received in your entire life. I express heartfelt congratulations to all of you and pray that you continue to build a loving, peaceful and beautiful community, treat your surroundings,” Minister Austrie urged the recipients.

Prime Minister of Dominica, Honourable Roosevelt Skerrit explained that his Government realizes the importance of a home to every family.

“We have been unrelenting as a Government because we recognize how important it is for people to have a home. Every human and every animal main preoccupation is a home, a place of safety and that is what we work for, what we live for to ensure that we can provide a shelter for our families. And that is why we are committed in ensuring that we get every Dominican in this country a safe and resilient home,” the Prime Minister stated.

PM Skerrit went on to add that “we have started the journey and we still have some ways to go, but one cannot discount the fact that we have made tremendous investments. And we cannot deny that post Maria there are many people who are in a much better house than they were before Maria.”

The new home owners expressed their gratitude to the Prime Minister and the Government for giving them and their families a chance to own a home.

“I’m so glad and so happy my house came true, because those who wait gets good things. So I’m praising God that I get a home, a safe home and I pray God keeps the Prime Minister so he continues to do what he has to do,” Mrs. Margaret Seraphine noted.

Another recipient, Mr. Dahl Wayland, also thanked the Prime Minister stating that “On behalf of my family I would like to say thank you to the Honourable Prime Minister, Mr. Roosevelt Skerrit, along with the Parliamentary Representative, Mr. Cozier Frederick and the Minister for Housing Mr. Reginald Austrie for an opportunity to reside in one of these resilient homes. I feel nothing short of honoured to be part of this historic moment and I look forward to a prosperous alliance to the Government of Dominica.”

We have 242 guests and no members online