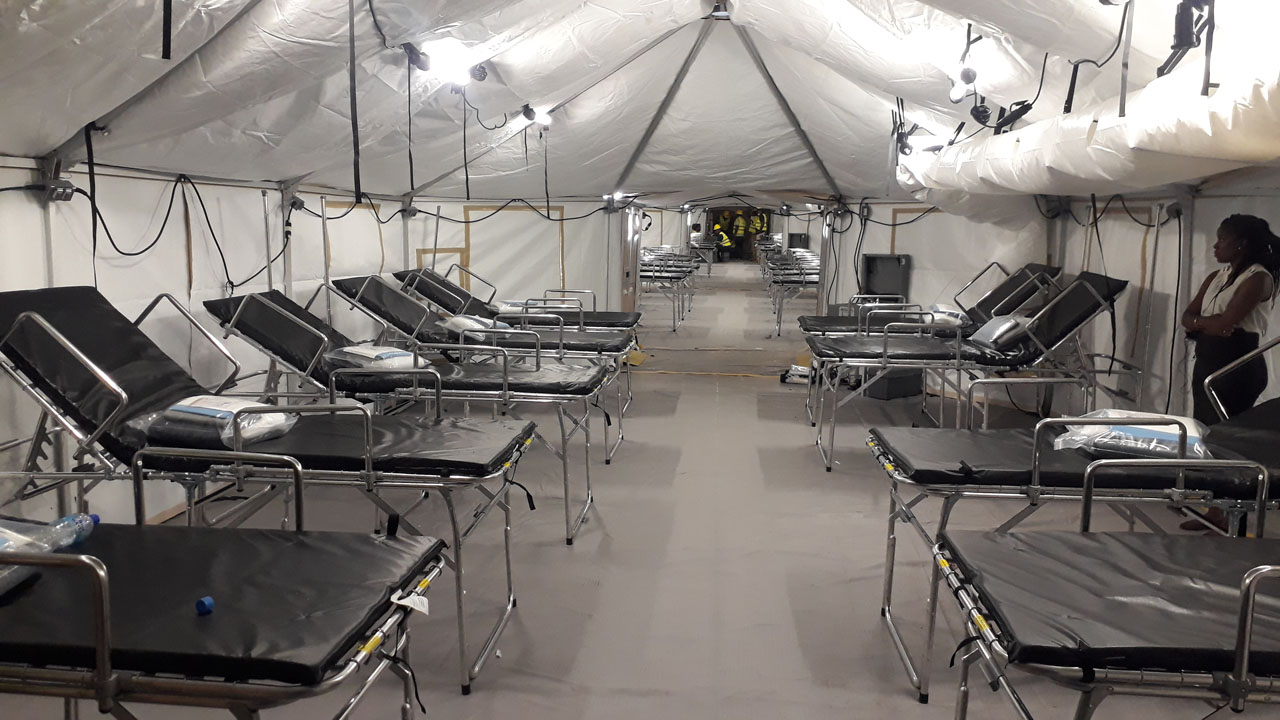 With the 2021 Hurricane season quickly approaching, the Government of Dominica is in the process of erecting a forty bed hospital at the Botanic Gardens.

This hospital is a result of a donation from the US Embassy to the Government and People of Dominica and is expected to provide extra assistance in the case of a disaster.

Programme Officer at the Office of Disaster Management, Mr. Mandella Christian stated that they were able to secure the donation through the efforts of the ODM as they gather resources for the hurricane season.

He described the facility as a 'self-contained unit,' due to its many amenities including forty beds, a 70 KVA generator, a backup water purification storage and distribution system, air condition, washroom facilities, showers and chemical toilets. 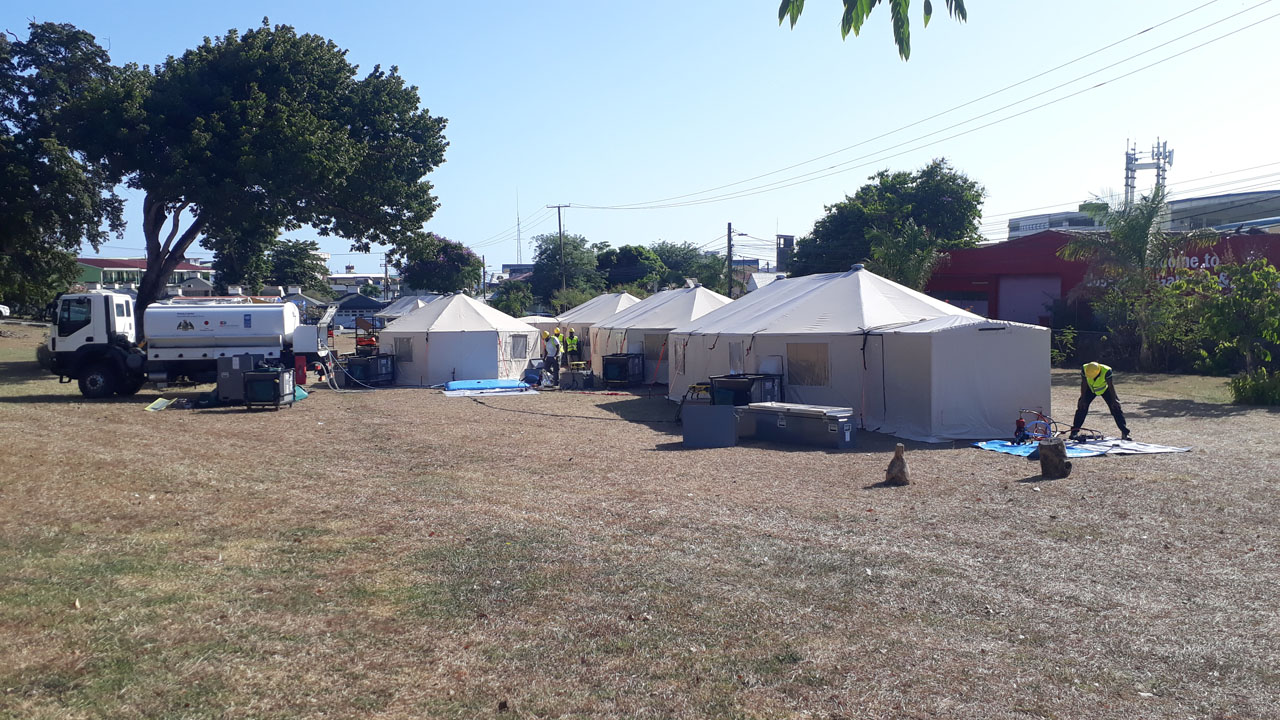 Mr. Christian noted that the facility location is temporary, as it is mobile and can be erected in any suitable location where immediate medical care is required.

"The purpose of this facility is not to be a permanent installation. It is meant to be erected based on need as directed by the Ministry of Health. It can be erected anywhere on island once there is an expanse of flat land. It will be erected to provide medical care and support to an impacted population," Mr. Christian went on to state.

"As part of the donation, the US Government would have sent down an instructor from the company who actually designed and built the facility. So the instructor is training participants from different stakeholders. So we have participants from the Ministry of Health, the Office of Disaster Management, the Fire and Ambulance Service and the Dominica Cadet Corps. So we are training a cadre of national technicians to assemble the facility, to break it down and pack it up and to set up the accessories in the facility. This training is quite fitting especially given what is going on in today's world with the covid-19 pandemic. In the event that, God forbid, our medical facilities become overwhelmed then we have this backup system that we can call on," he further explained.

Mr. Christian went on to express his gratitude to the US Government for what he says will advance Dominica's disaster management efforts.

"We are very grateful for this gift. So on behalf of the Government and the People of Dominica, we want to express our sincerest gratitude to the US Government, the Military Liaison Office of the United States Embassy for Barbados and the Eastern Caribbean for this very generous donation. It will go a very long way in supporting and advancing our disaster preparedness and response operations in Dominica," Mr. Christian added.

We have 417 guests and no members online