MINISTRY OF PUBLIC WORKS CONCERNED WITH VADALISM OF STREET LIGHTS 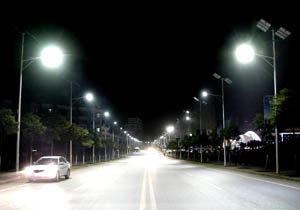 The Ministry of Public Works and the Digital Economy, is expressing concerns with the ongoing vandalism and theft of the solar street lights along the highways.

“Persons travelling via the E.O Le Blanc Highway and the Dr. Nicholas Liverpool Highway would have observed the fallen light poles and vandalized battery boxes which is very unfortunate. It is evident that these actions are done by a cluster of unpatriotic Dominicans who are determined to reverse the gains made by the Government of Dominica in enhancing the safety and security of road users. to date 215 light poles have been destroyed at a cost to the state of approximately 775,000 dollars. The police has been investigating the matter and two arrests have been made and charges preferred,” explained Permanent Secretary in the Ministry of Public Works and the Digital Economy, Roland Royer.

The Ministry of Public Works is appealing to the general public to report any suspected vandalism to the police.

We have 410 guests and no members online