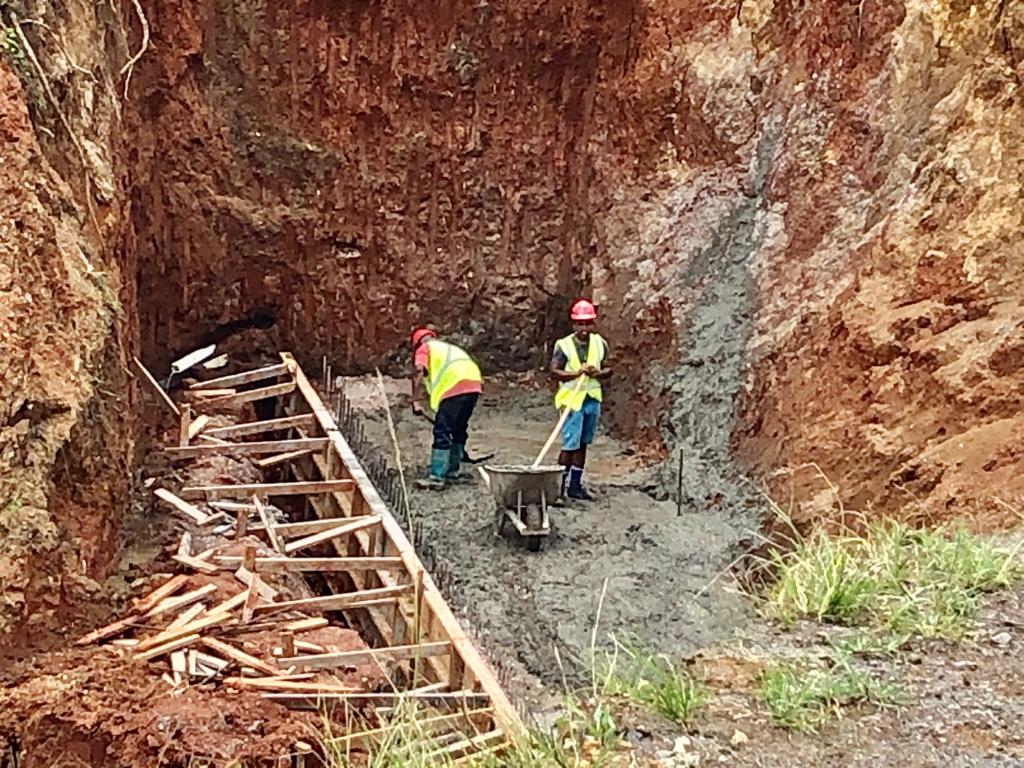 With a mandate of becoming the world’s first climate resilient nation, the Government of Dominica continues to heavily invest in the country’s physical infrastructure.

Construction and rehabilitation works are ongoing on the country’s road infrastructure in various parts of the island as Government actively pursues its goal.

Despites the efforts made thus far in developing public infrastructure, Dominica's terrain coupled with the effects of climate change has posed significant challenges within the last ten years.

Many roads and bridges were severely impacted by the passage of natural disasters through the years, leaving residents to find alternative routes to allow for free flow of transportation. 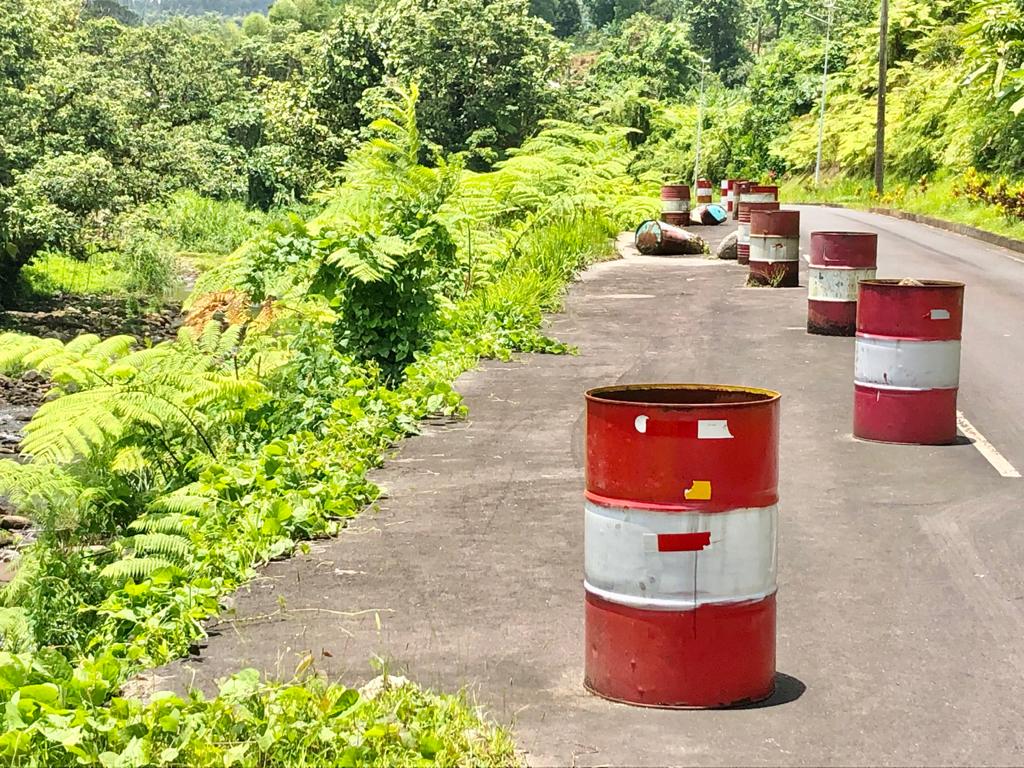 The Government of Dominica through the Ministry of Public Works and Digital Economy has converted these challenges into numerous opportunities, by continuing to invest heavily into major capital projects.

Minister for Public Works and the Digital Economy, Honourable Cassanni Laville detailed some of the ongoing works on island.

A twelve metre box culvert in Grand Bay is under construction and will include river dredging both upstream and downstream.

“As we continue to build a more robust and resilient infrastructure, the Ministry is currently implementing several additional projects throughout the island. The construction of a 12 metre box culvert at Berukua, Grand Bay is near completion. The scope of this project includes 48 metres of wing walls, 200 metres of rigid pavement, 40 metres of slipper drains and river dredging upstream and downstream,” Honourable Laville stated.

According to the Minister, three major road failures along Warner Highway are being completed right now. He noted that “this project will greatly enhance and foster redundancy in the islands road network.”

Minister Laville also explained that works are ongoing on various projects in the community of Belles.

“The road network in the community of Belles is receiving some attention also and upgrades. The Ministry is currently making substantial improvements to two bridges in that community. Work is also ongoing on the construction of a wall and a culvert crossing in the village as well,” the Public Works Minister noted.

The Good Hope Road is also under rehabilitation and is expected to benefit both San Sauveur and Good Hope when completed.

“In the east of the island, the old Good Hope Road is currently being rehabilitated. This road originally serves the communities of Good Hope and San Sauveur but got comprised by landslide events over thirty years ago, and it is imperative to reinstate this section of road to allow for any possible future developments or expansion along the existing road section that now serves these communities,” Honourable Laville went on to state.

Construction works ongoing in the Roseau Valley will benefit the residents as well as the tourism sector as many of the country’s natural sites are located in that area.

“In the Roseau Valley the construction of the Cabanis Wall has commenced. The area suffered major edge failure, decreasing the utility and level of service of that section. This project is important, not only to residents of the Roseau Valley, but also to accommodate and support the tourism sector. In close proximity to that project, is the Copthall-Wotten Waven Road Rehabilitation Project. This project is nearing completion and will see the rehabilitation of nearly 600 metres of road and drainage from the Morne Prosper junction through Copthall,” Minister Laville added.

These ongoing major interventions are valued at 7.5 million dollars and currently provide employment for over one hundred and twenty people. 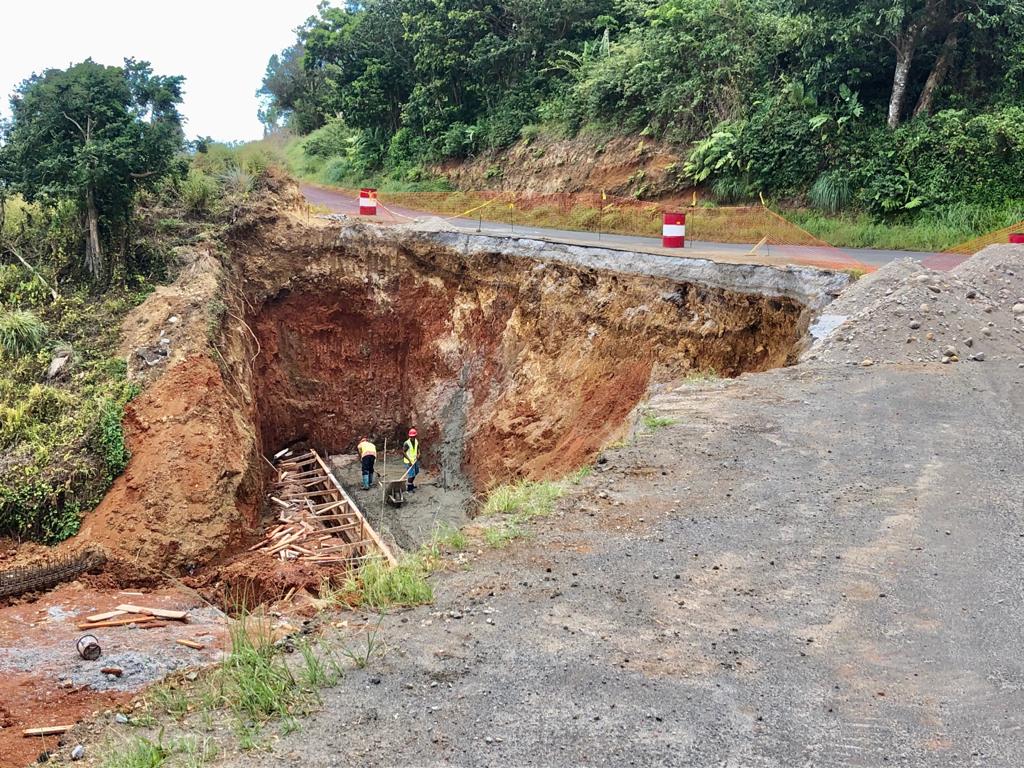 The Minister stated that “we are well aware that strategic planning is the only way to have focused development. Our interventions are therefore guided by the 2020 to the 2025 strategic plan, and this reflects in Government's budget statements and policy as well as our national agenda.”

In terms of completed projects, the Ministry was successful in closing out key priority projects which significantly enhanced the level of service and safety for road users.

The China aided West Coast Road Post Erika Rehabilitation Project was a 50 million dollar investment which involved the rehabilitation of sections of the E.O LeBlanc highway to include the construction of three major bridges, thirteen culvert crossings, safety features and other drainage features.

As an additional intervention, five culvert crossings were constructed at various locations, retaining walls and drains at Plat Ma Pierre and Grand Savanne to further secure the country’s road infrastructure.

A 100-metre retaining wall was built along the Colihaut highway to address major failure along the river bank near the primary school. This fiscal year, the Morne Prosper Road Rehabilitation Project was successfully completed, an intervention the Minister stated “brought great relief and safety to the community of Morne Prosper.”  This included substantial earth works road works and drainage works at a cost exceeding nine million dollars.

“We are also addressing major edge failures along the Imperial Road,” Minister Laville explained, going on to add that “to date we have stabilized two sections and will address another section later this month. Two additional failures along the Dr. Nicolas Liverpool will be addressed also.”

During this fiscal year, the community of Bagatelle welcomed the completion of a 50 foot segmented bridge at a cost of 2.3 million dollars.

“Now to get an appreciation for this intervention, one has to know the site and know what entailed before the disasters. In this area prior to the major flooding events, there existed a flood crossing, with the water level being along road level and this was completely washed away. The flooding events changed the hydraulics of the area, there was significant widening of the channel, and there was a lot of accumulation of silt, boulders and so on. In terms of the cost, 2.3 million, what this entails is not just the bridge, the super structure that we see, but it also includes the major investment in the sub-structure, that includes the abutments on each side, the wing walls, the protection of the bank, the temporary bypass that was created to allow for a free flow of traffic during the construction,” Minister Laville stated. 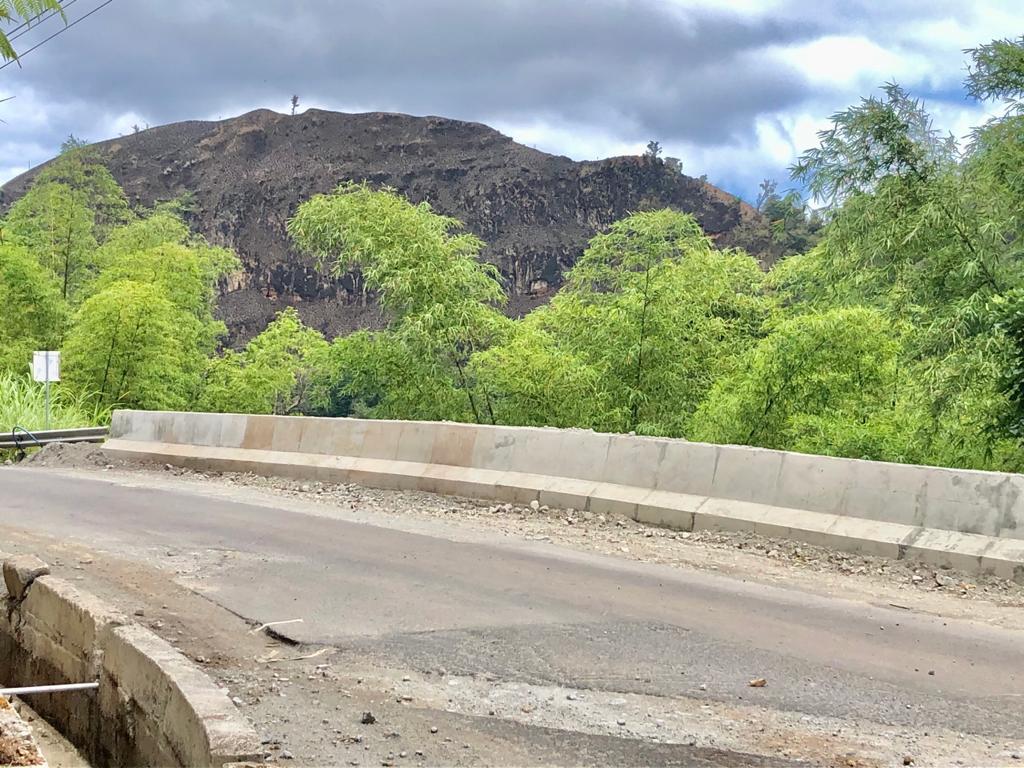 He added that “it is important to recognize that the sub-structure for this bridge can withstand future developments or future expansion into a two lane bridge. The sub structure will really have the same bearing capacity as any other bridge around the island.”

The town of Portsmouth has also received a facelift in terms of the Bedford Street area. This project involved the rehabilitation of a 420 metre section and improvement of the drains.

Other major projects completed include the rehabilitation of the Checkhall road, improvements to Despor Road, sections of Calholm feeder roads and many others. These completed interventions come at a value of 60 million dollars and not only that, it has provided for jobs for over 200 hundred people.

We have 496 guests and no members online