OVER 191 PERMANENTLY APPOINTED IN PUBLIC SERVICE 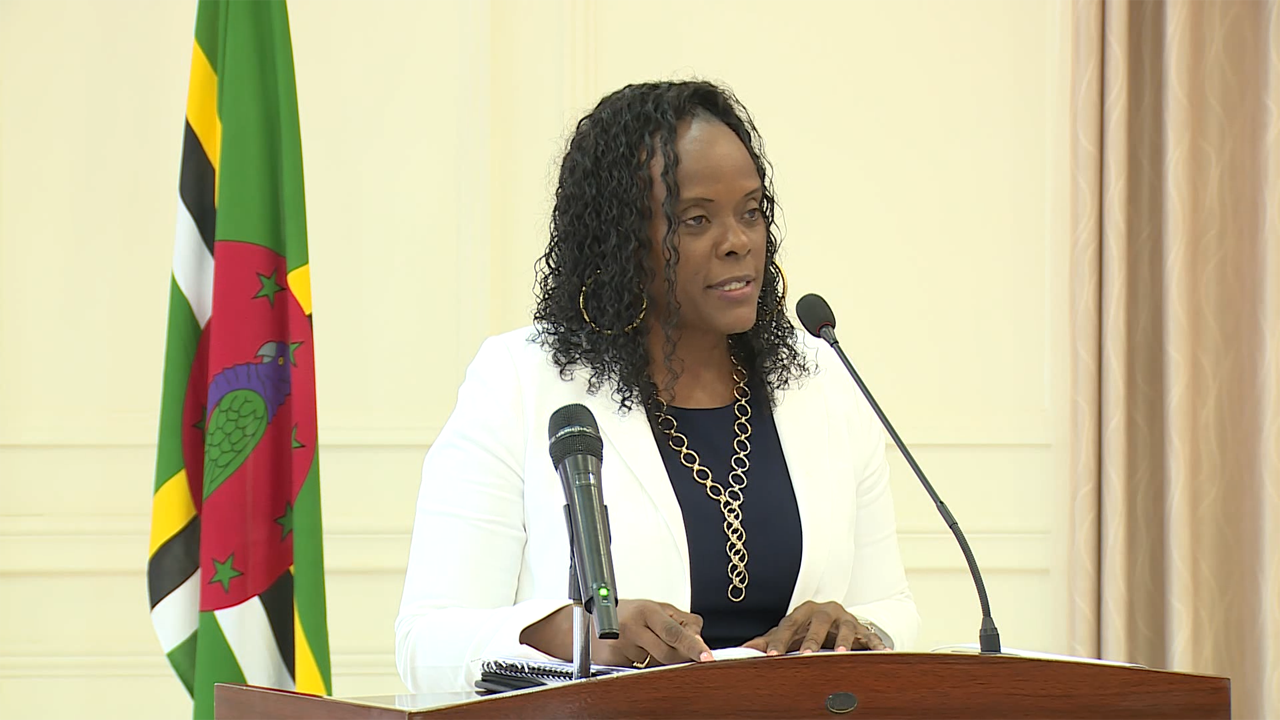 The Government of Dominica through the Ministry of Governance, Public Service Reform, Citizen Empowerment, Social Justice and Ecclesiastical Affairs, has kept its promise to public officers as one hundred and ninety one permanent appointments have been made as of April 30, 2021.

These appointments were approved during the 2020-2021 financial year, by the Public Service Commission.

Minister with responsibility for Public Service Reform, Hon. Gretta Roberts stated that these appointments shows the Government’s commitment to the country’s public officers.

Meanwhile, the Public Sector Reform Minister explained that Government’s priority during this current crisis has always been to keep public officers employed and to ensure that salaries are paid on time, noting that “maintaining employment in the public sector is critical to the stability of the economy during this covid-19 pandemic.”

The Minister also announced that a Public Service Emergency Fund, which will be managed within the public service is expected to benefit all public officers on island.

“Government and the unions have also agreed on new measures to provide additional support to our public officers. The establishment of a Public Service Emergency Fund to be managed within the public service to provide support to public officers for post disaster response, including fires, hurricanes, flooding or any other major disaster and medical emergency. The fund, to be made available throughout the public service, will benefit all categories of officers and is to be mobilized in the 2021-2022 financial year,” Hon. Roberts further stated.

Hon. Roberts also announced that a concept note has been developed and the crafting of a proposal for subsidized housing is currently ongoing. This housing project will allow public officers the opportunities to purchase resilient and modern homes at a subsidized rate.

“The Government’s negotiation team has already met with the unions for a first discussion on the concept to request their input to finalize their proposal. This particular project, which the Hon. Prime Minister has described as the future housing project is initially targeted to public officers and is earmarked for the development in the Warner area. The future Housing Project will include modern amenities and resilient structures and will provide public officers with an opportunity to purchase homes at a subsided cost,” Hon. Roberts explained.

New legislation governing the public service is in the works to replace the Public Service Act of 1991. The Minister noted that these new legislation is expected to be brought before Parliament later this year.

A new structure for the teaching service is currently being finalized for implementation in the upcoming school year.

“The Government has also committed to have a new structure for the teaching service in place by September 2021 with new positions to be created for increased upward mobility in the teaching service as announced by the Hon. Prime Minister in his 2019-2020 Budget Address. Government’s team is finalizing the structure for approval and we are on schedule for implementation in the new school year,” Hon. Roberts further added.

According to the Minister, Government has given over six hundred thousand dollars in support to the various unions.

“Government has also agreed to increase support to the union through an increased in the annual training grant, medical grant and revolving funds of the Public Service Union; and an increase in the subvention to the Dominica Association of Teachers. Support to the unions comes to a total cost of $690,000. The Government wishes to thank the unions for a cordial and cooperative spirit during the negotiations,” Minister Roberts noted.

She then encouraged all public officers to get vaccinated as the country continues to fight against covid-19. She stated that vaccination is the only way to ensure a safe working environment.

“Let me also continue to encourage all public officers to get vaccinated. Getting vaccinated is critical for ensuring that we have a safe work environment for all our employees and we can safely deliver quality services to the public,” Hon. Roberts added.

We have 460 guests and no members online