Dominica's Cultural Ambassador Will Forever be Remembered: A Tribute to "Jeff Joe" 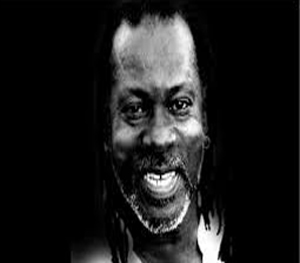 Dominica has lost a national treasure. A pioneer of Cadence music, Jeff Joseph, more popularly known as ‘Jeff Joe’ has passed on. Long live his legacy. The death of Jeff Joe has sent shock waves across the region; particularly in his home country Dominica and the French West Indies, as well as in the international arena, as far afield as Paris, London, New York and Miami. His passing has dominated headlines in many countries, as family, friends and fans mourn the loss of a man who lived and breathed Cadence-lypso- a new genre of music he helped develop and popularize in the early 1970’s. Unique to Dominica, Cadence-lypso is an up-tempo form of calypso sang mostly in Antillean Creole and French.

Jeff Joe’s passing demands a consideration of his remarkable character, talents and personality that made him the true music legend that he was a dynamic performer. A respected stalwart of Creole music and culture. A true Dominican  Ambassador and cultural icon. Jeff Joe was all of the above, and then some. He died on Wednesday, November 23, 2011 at a hospital in Martinique after undergoing multiple surgeries for cardiovascular complications.

He was 57. Born September 24, 1954 in St Joseph, Jeff Joe first rose to fame with Grammacks, a 1970’s musical group in Dominica whose string of hits included " Soucouyant," "Mi Deba" and "Cauchemar." In 1977, the Grammacks Band, of which he was lead vocalist, received the Meritorious Service Award in Dominica for its contribution to preserving and promoting Cadence music.
Grammacks rose to prominence on the world stage in the early 1980s with a Super Bowl performance to their credit and this was the beginning of what was to be a successful musical career for Jeff Joe- the man that we have all grown to love.

He later formed Volt Face and Grammacks New Generation. They headlined the first ever World Creole Music Festival in Dominica in 1997. After many years apart, Grammacks Original has regrouped and in 2009 recorded a new album called “Get Up”.

Jeff Joe dedicated his whole life to music. He has inspired many people in Dominica and the neighboring friend islands by bridging the cultural gap through his music. As a performing artist, Jeff Joe’s cultural impact was incredible. Not only did he connect Dominica with the Caribbean and the rest of the world; he was a cultural revolution. He successfully engaged the young generation in a genre of music they would otherwise have sidelined. He was a role model in their own image that they idolized and emulated.
Jeff Joe was recently named French Ambassador to Dominica and so he spent most of his time promoting the World Creole Music Festival in Martinique and Guadeloupe.

Dominica’s Prime Minister Hon. Roosevelt Skerrit describes Jeff Joe as a true ambassador to Dominica, and said his death has left the country in a state of shock.
“It is of absolute sadness that I learnt of his death. Actually I have been following reports from Martinique with regards to his surgery and we were praying that he would have been able to survive the ordeal of the surgery, but he has succumbed to this illness and I would like on behalf of the Government, myself and of course the entire country to extend condolences to the family, friends and well-wishers of Jeff Joe, who really was a true Dominican icon and someone who loved his country dearly and who always had positive statements about Dominica,” the Prime Minister said.

“He was no doubt synonymous with Dominica in the French countries from Paris to the French departments of Guadeloupe and Martinique, local Caledonia and French Guyana. He was no doubt a true ambassador of our country promoting our art form, promoting our country as a whole and really encouraging people to visit Dominica. I believe the entire country is in shock as a result of his death. He is somebody we will miss dearly. He spent his entire lifetime entertaining people, making people happy and it is sad that he had to depart so suddenly.”

Not only was Jeff Joe loved and admired for his musical talent and efforts to preserve the Creole language, he was also respected for his very close relationship with the community in which he was raised. He often mentored a group of young men on the block in an area called ‘The Ghetto’ in St Joseph, where he spent a significant amount of time bonding with the youth. Consequently, a lane in that community (Jeff Joe Lane) has been named in his honor.

Parliamentary Representative for St Joseph and personal friend of Jeff Joe, Hon. Kelver Darroux says he and Jeff had had several discussions with regards to the development of St Joseph. Mr Darroux says the community has lost a great man.

“Jeff Joe has been an icon, a legend and a personal friend of mine and his memory will forever be in our hearts and in the community of St Joseph. The impact that Jeff Joseph had on this community will be a lasting one. I’m hoping that when the history books will be written about St Joseph, and the name Jeff Joseph is mentioned, it will be one that will bring back memories of the music that Grammacks used to play because he was the lead singer of Grammacks, a band that was formed in his own community. But not only that, Jeff Joe was in touch with many people in his community and that’s something that will augur well for the persons whose lives he has touched here in St Joseph.”

Creole fans got to witness Jeff Joe’s last performance before a live audience at this year’s 15th Annual World Creole Music Festival, where he gave a world-class performance that will linger in the memories of many, for years to come.

Jeff Joe is survived by his wife and two children. The Government of Dominica has decided that his efforts as Goodwill Ambassador and specifically as a promoter of the World Creole Music Festival is worthy of recognition, and so he shall be given an Official Funeral service. That day has been declared as a National Day of Mourning on which flags are to be flown at half-mast on all public buildings in Dominica.
Jeff Joe has done his work. He has left an indelible mark on the cultural landscape in Dominica. Through his music, he has showcased the best of Dominica’s Creole culture to an international audience and united a wide cross-section of people from the Creole-speaking world. He is gone, but his music will be cherished for forever.
May His Soul Rest In Peace.

We have 428 guests and no members online