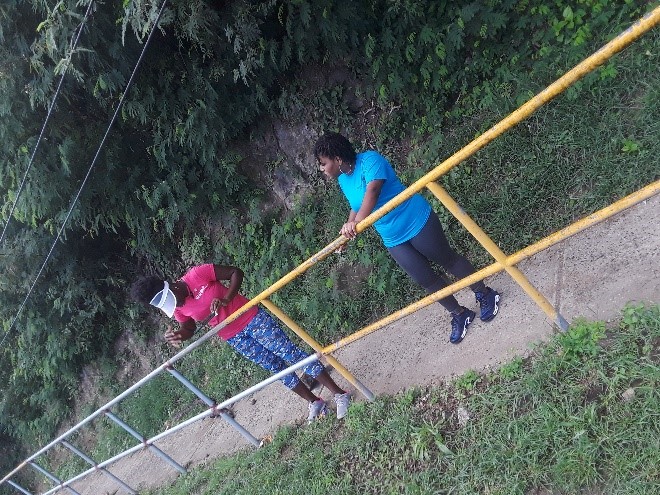 The Rotary Club of Dominica undertook repairs to the Canefield/Massacre Primary School walkway during National Community Day of Service, continuing work started after the passage of Hurricane Maria. 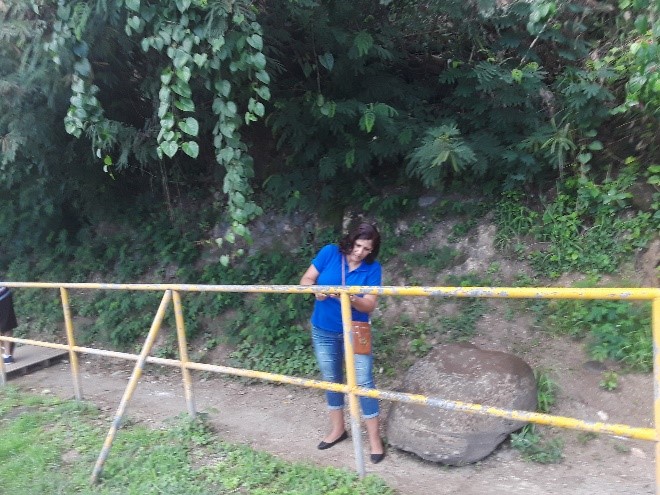 The walkway built several years ago, allows students from Canefield to safely walk to and from school without being endangered by traffic along the highway. However, during the passage of Hurricane Maria debris damaged sections of walkway and blocked parts of the path. The Rotary Club was able to clear most of the debris in the months following the hurricane and obtained funding from the Rotary Club of Barbados to replace the damaged sections of the walkway railings. 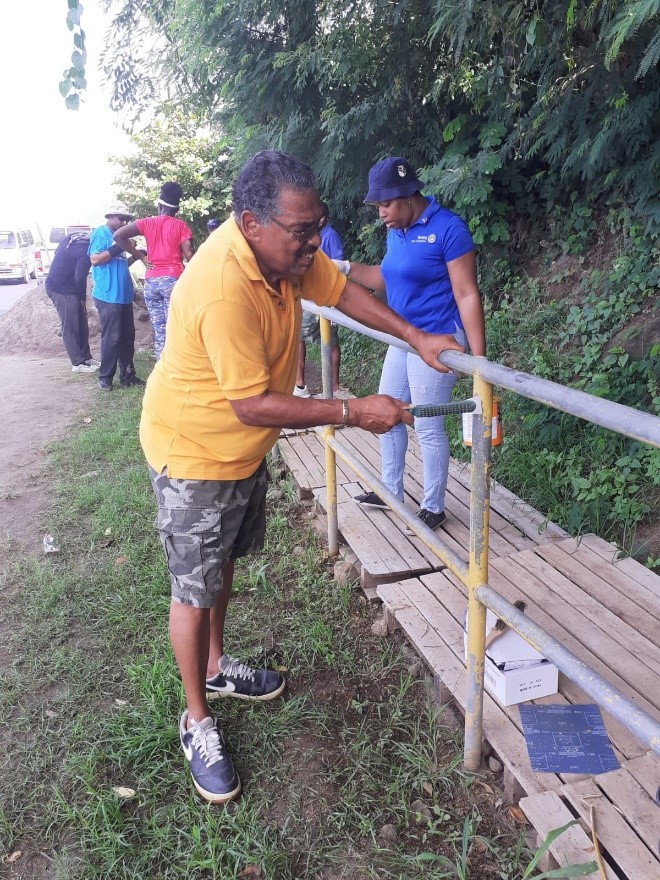 The members of the Rotary club accompanied by members of the Rotaract Club of Roseau came out in large numbers on Community Service Day to paint the railings and improve the passage area. Concrete slabs were also laid down in various areas along the pathway to alleviate the issue of water coming down the hillside unto the path. The club intends to install additional slabs in the near future, and have a drain dug along the pathway to further resolve that issue. 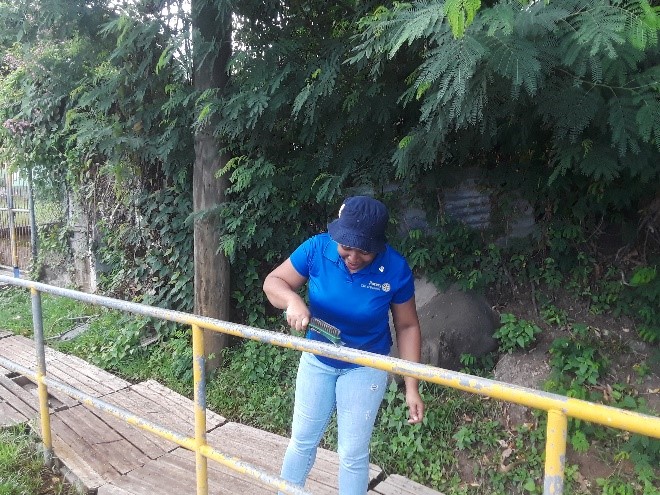