ROTARY CLUB OF DOMINICA CELEBRATES 45 YEAR OF SERVICE AND FELLOWSHIP

The Rotary Club of Dominica celebrated its 45th Sapphire Charter Anniversary on November 2nd, 2019 marking the occasion with a cocktail at the Fort Young Hotel to commemorate its many achievements over the years.

The club recognized its founding members and past presidents, and showcased major projects throughout the years, while members gave testimonials of their experiences in the club.

Notable historic projects included the building of the Psychiatric Unit at the Princess Margaret Hospital, which was funded in part by the much beloved Annual Rotary Donkey Derby races. Other projects included founding Dominica Timbers in the aftermath of Hurricane David, erecting several bus shelters, playgrounds and public conveniences, among others. The club also conducts several ongoing projects, notably the VOSH eye care and Starkey Hearing missions, Dominica State College Scholarships, Literacy Quiz and Literacy Fair, Carnival Souse and Punch and Regular visits to the Grotto Home for the Homeless and Infirmary Home for the Aged.

During the ceremony three (3) new members were inducted: Davis David, a Banker and past member of the Rotaract Club of Roseau, Merlinda Francois, a Business and Career Consultant, and Katia Lazare Pascal, a Finance Executive. 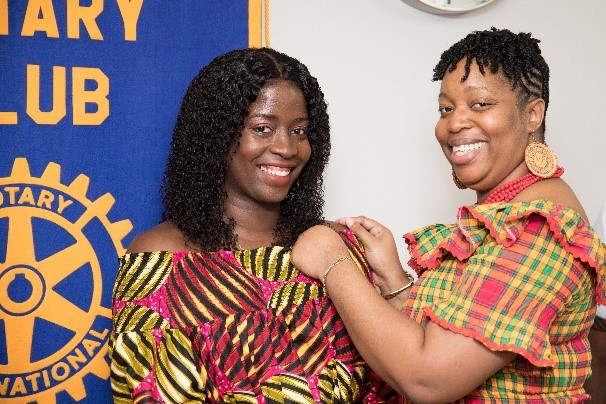 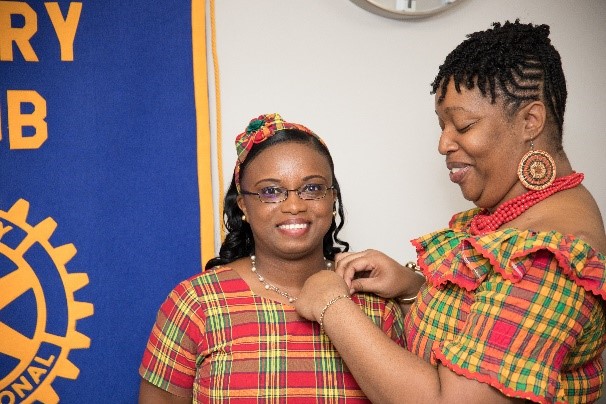