MARKET DAY WITH A DIFFERENCE BRINGS INDEPENDENCE THEME TO LIFE 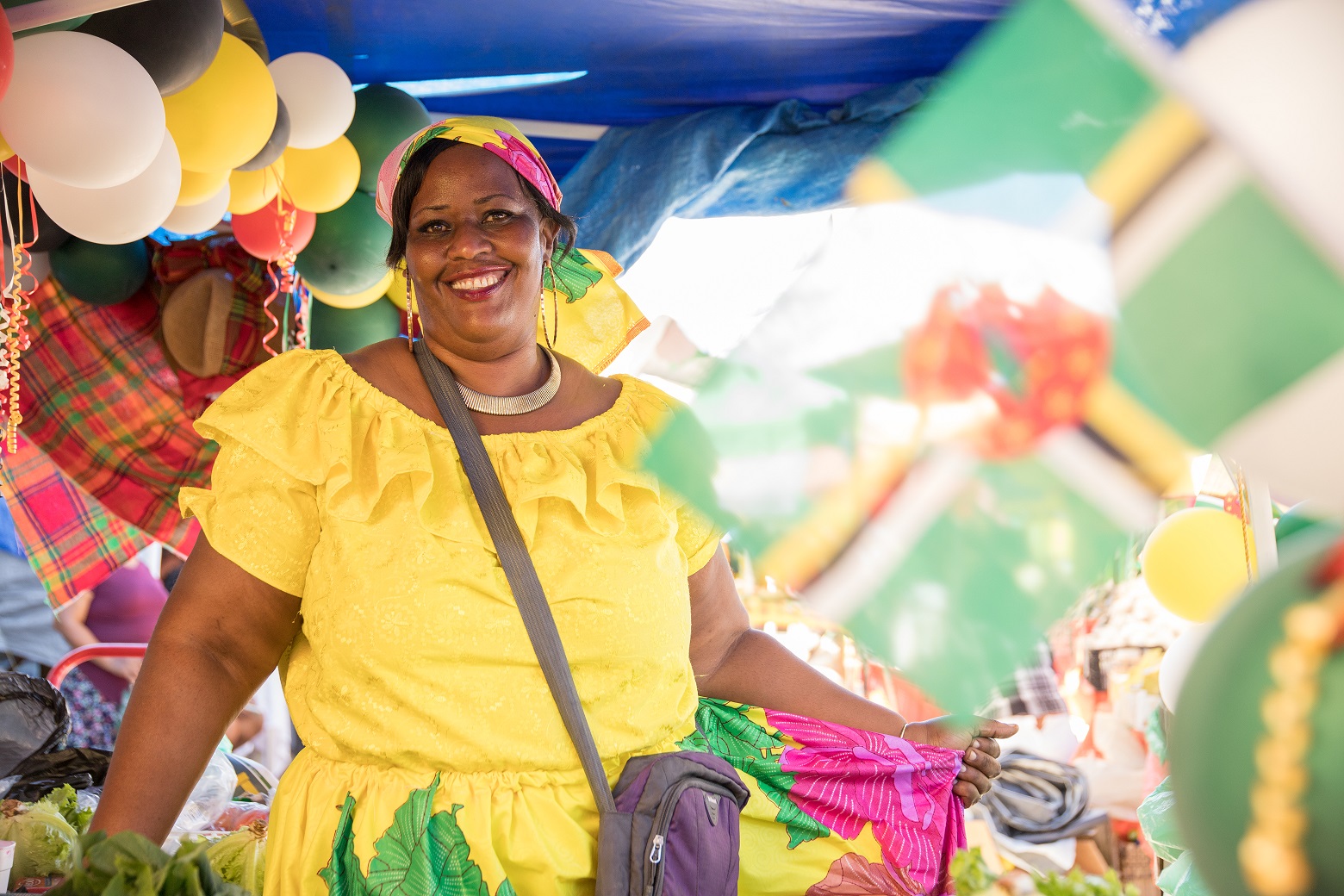 On Saturday 26th October 2019, the Independence theme “Saluting Resilience and Rejuvenation … Two Years On” will have significant meaning for organizers and participants alike at the annual Market Day with a Difference which takes place at the Roseau Market.

“Considering the progress we have made since the passage of Hurricane Maria, it’s great to be celebrating the revitalization of the Roseau Market and Dominica by extension as part of our Independence celebrations this year,” says DEXIA General Manager, Gregoire Thomas.

He adds, “The fact that our vendors came back and continue to serve their customers after such a devastating storm is something to be applauded.”

The Market was closed following the passage of category 5 Hurricane Maria in September 2017 and resumed operations in December of 2017; providing a critical service to Dominicans who flock there each week to shop for fresh produce, fish, meat and non-perishable items.  In August of this year, vendors were relocated to the parking area near the Roseau Fisheries Complex to allow for the resurfacing of the grounds among other upgrades, which are still ongoing.

Roseau Market Superintendent Kishma Registe confirms that “upgrades continue to be made to both improve the customer experience and the work environment for vendors. We are resurfacing the grounds, rebuilding some vendors’ booths and the Market will also benefit from the new wall being built alongside the Roseau River.  We were hoping the works would have all been completed by the 26th; despite this, we will ensure that everyone attending Market Day with a Difference will have a wonderful experience. 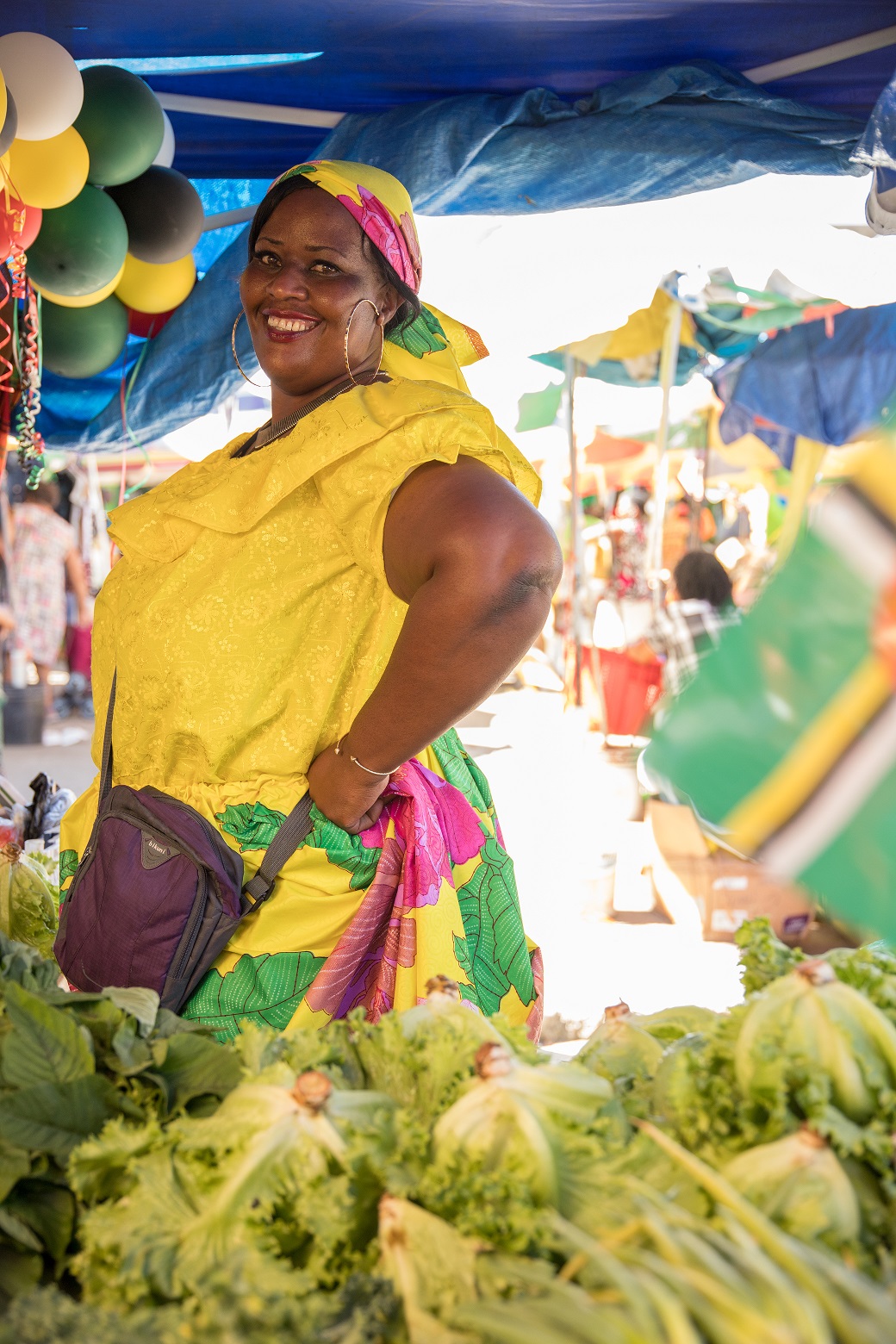 Also known as ‘Jounen la place epi yon difewans’ Market Day with a Difference seeks to highlight the efforts of local farmers and vendors who supply to and vend at the Roseau market and contribute to the development of Dominica’s economy.

As is customary, prizes and awards will be given under a range of categories including oldest/youngest vendor, best dressed vendor and best decorated stall.

Visitors and participants will be serenaded by traditional sounds throughout the day and tasty local Creole foods will also be on sale.

Government officials, including the President His Excellency Hon. Charles Savarin and Mrs. Savarin are expected at the official ceremony, which commences at 8:00am.  Brief addresses will be delivered by the Parliamentary Representative for the Roseau Central Constituency, Hon. Joseph Isaac and Minister for Trade, Energy and Employment Hon. Ian Douglas.  Officials will be led on a guided tour of the Market by DEXIA Management staff.

Market Day with a Difference is one of two major events on this year’s Independence Calendar spearheaded by DEXIA.  The other is the International Food Fair, scheduled for Wednesday 30th October to Friday 1st November, also at the Roseau Market.

The Dominica Export Import Agency (DEXIA) is a public sector institution established by Act No. 14, and came into existence on July 1, 1986. DEXIA was created to spearhead the development of the export of Dominica’s agricultural and agro-processed products.

DEXIA focuses on six priority sectors (as laid out in the National Export Strategy), in which it would play a key role in building capacity and competitiveness. They are: Agriculture, Agro-processing, Energy and Natural Resources, Cultural Industries, Professional Business Services and Tourism.

In addition to exports, DEXIA is the sole importer of bulk rice and sugar in Dominica. The Agency also oversees two multipurpose packhouses in Roseau and Portsmouth respectively. The Export Promotion and Development Department, Commercial Department (which handles sale of rice and sugar), the Central Services Department (which deals with HR, administration) are all located at its office on the Dame Mary Eugenia Charles Boulevard,

The Agency functions as a Trade Promotions Agency and is attached to the Ministry of Trade, Energy and Employment.

This email address is being protected from spambots. You need JavaScript enabled to view it.