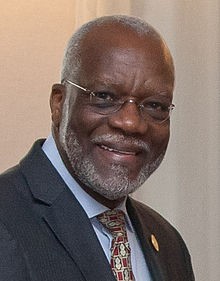 Ambassador Charles’ will formally commence his duties following the presentation of his credentials to the authorities in the United Arab Emirates.

The Ministry of Foreign & CARICOM Affairs welcomes this appointment and looks forward to continue working with Ambassador designate to the UAE Ambassador Hubert J. Charles.

Diplomatic relations were established between the Commonwealth of Dominica and the United Arab Emirates at the level of the United Nations Permanent Representative, on December 17, 2014.