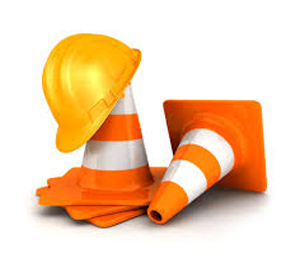 Government’s twenty million dollar road rehabilitation program has been launched with a promise to address critical roads across the country.

Prime Minister Hon. Roosevelt Skerrit announced this week that his Government has launched this major road rehabilitation programme in an effort to rehabilitate key urban roads in various parts of Dominica where roads have, for many years, been in a state of disrepair.

The Prime Minister said a number of community roads will receive priority attention.

“We will be doing a number of roads. The road from Boetica to Delices is in a terrible condition. Very critically we will be widening some of the roads in Petite Savanne and also in Stowe coming towards Bagatelle. If we are going to do a proper road surface we felt that we need to improve the width of the road. Also from Castle Bruce going down to the Carib Territory will receive attention. There are also a number of other roads in the Roseau South constituency which will be done. We will continue the Morne Prosper Road; there are some roads in Montin and Tete Morne in Grandbay which will be done. Once the water project is completed in Lagoon, Portsmouth going towards Capuchin you will see major improvement work in these areas”.

The Prime Minister added that road improvement should not be the sole responsibility of Government. He said the Private sector has a role to play.

“As I have indicated, the private sector, people who own properties in the City must play their part.  They cannot expect Government to fix in front their yards for them. We have seen what LIME has done with its surroundings by improving the sidewalk and we are hoping that others can follow suit”.

The Government of Dominica is seeking to have one hundred percent of the country’s main, secondary and feeder roads in good condition by the year 2020.

We have 458 guests and no members online