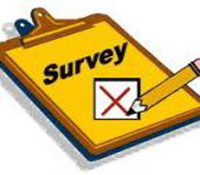 Fifty- five enumerators, who will conduct interviews during the 2013 Labour Force Survey to begin on April 14th, are being trained this week.

The two-day training workshop which began on Thursday at the Public Service Training Center (PSTC) will inform the officers on how to conduct various components of the Labour market information survey.

The primary objective of such surveys is to provide current information on Labour market characteristics and labour market trends including estimates of employment and unemployment.

The 2013 labour force is a dual survey, the first of its kind to be conducted in Dominica and the region and is supported by the International Labour Organisation (ILO) and the Organisation of the Eastern Caribbean States (O.E.C.S) through a regional comparable questionnaire.

Chief Statistician Prayma Carrette told the opening ceremony of the workshop that this week’s training programme is one of several mechanisms which must be put in place before the official survey begins.

She added“It must be noted that national operating mechanisms are already in place, more recently, the establishment of the National Labour Force Committee.”

The Chief Statistician called on the field officers to take the training seriously as it will determine the type of data collected.

“To you the field officers, your work is critical since the information you generate from the field will be used to generate indicators for the Dominica labour force. Therefore it is important that you follow all aspects of the training for reliability of survey data” she noted.

The Chief Statistician also encouraged households selected to cooperate with the field officers as they conduct household visits.

The survey will be carried out in one thousand three hundred and sixty eight (1368) households across the island.

When complete the survey will present useful data to both Government and the private sector for purposes of planning and formulating policies.  The results of the survey will also be used to validate the national census which was conducted two years ago.

In addition, it will also provide information to meet the global commitment to complete the Millennium Development Goals.

This week’s training exercise is supported by the Organisation of Eastern Caribbean States (O.E.C.S) and the Caribbean Development Bank (CDB).

We have 183 guests and no members online