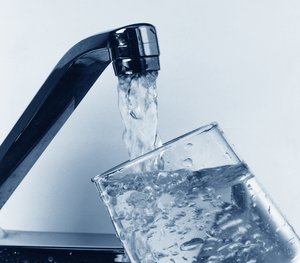 The National Authorizing Office of the European Union (NAO) and the Dominica Water and Sewerage Corporation (DOWASCO) have officially signed a twenty-five million dollar ($25 million) contract for Lot One of the West Coast water supply project on Wednesday.

The project, funded by the European Union and the Government of Dominica is designed to improve the water supply for residents from Salisbury to Capuchin.

Lot One includes the construction of two water intakes and treatment facilities on the Picard and Coulibistrie rivers.

Lot Two will involve excavation and pipe laying works from Salisbury to Capuchin and Lot Three will include the construction of nine storage tanks and adjoining pipe works.

Members of the EU Delegation to the Eastern Caribbean as well as officials of DOWASCO and Minister for Water Resource Management, Hon. Reginald Austrie were present at the signing ceremony held at the Cabrits in Portsmouth.

We have 582 guests and no members online