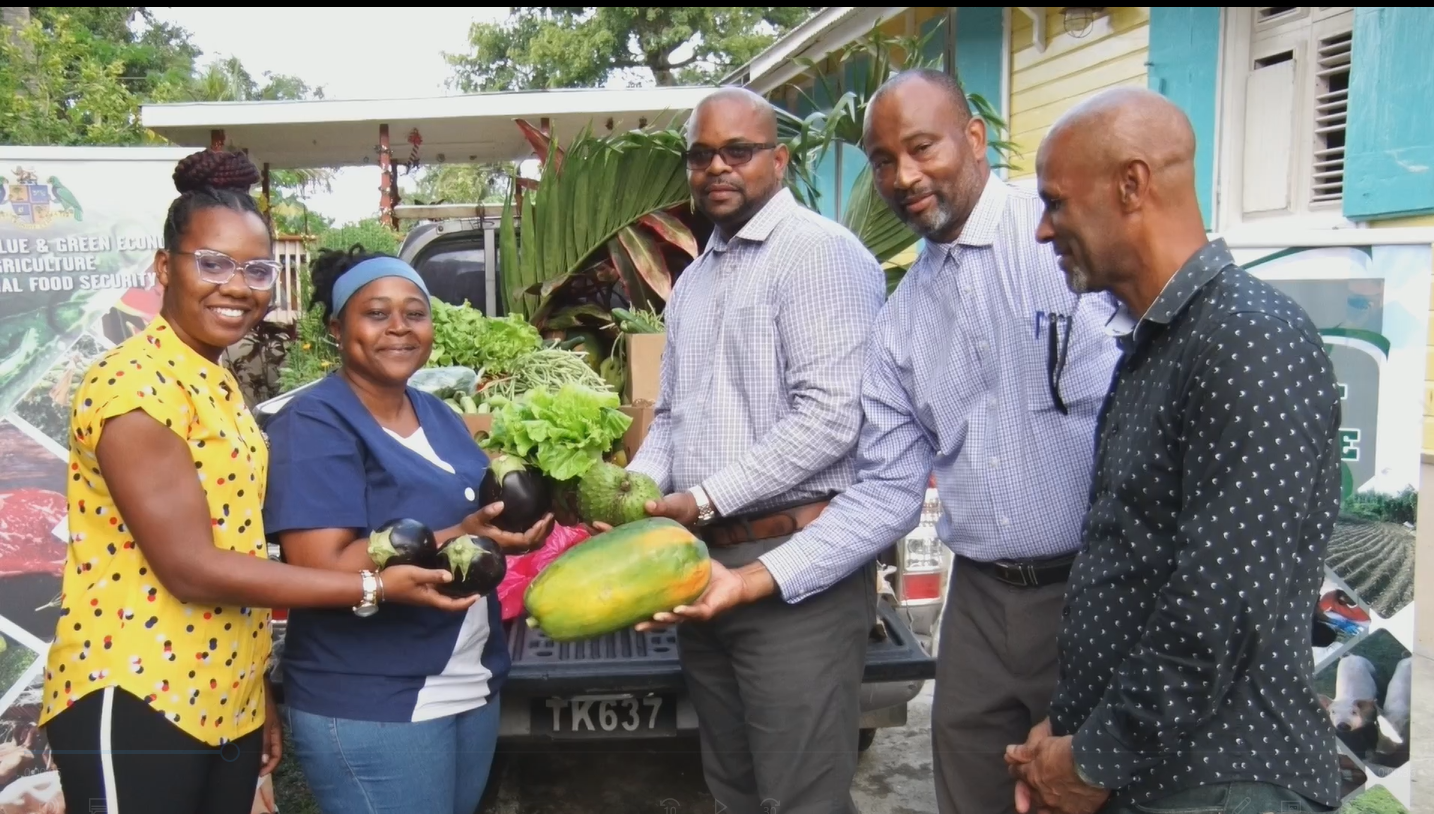 The activity was first undertaken in December 1981 and was initiated to assist charitable organizations by contributing to their efforts to care for the nutritional needs of their residents while enabling them to enjoy the Christmas holidays.

Minister for Agriculture, Fisheries and Blue and Green Economy, Hon. Roland Royer says he is humbled to be continuing this tradition as Minister.

“When I saw the variety of produce that’s there, it brought back memories from when I was an extension officer in the early 2000s. I was always looking forward to that day when we would prepare, mobilize farmers, we would process, we would package and await the call for when we could deliver this produce to the hospital or the different charitable organizations. So I am very humble as Minister to continue this gesture and present these baskets,” Hon. Royer stated.

The Minister noted that this programme would not have been sustainable if not for the hard work of the local farmers.

“These food baskets would not have been sustained for 41 years without the hard work and commitment of the farmers of Dominica. We must commend them because every year they provide willingly when they are called upon to provide produce for the Minister’s baskets, and I want to thank them in a very special way. This year the farmers provided the produce although they are facing a lot of challenges, impacts of climate change, a lot of pests and diseases, and of course all these are coupled with the rising costs of inputs, fertilizer, animal feed etc., but they still heeded to the call and provided this produce,” he went on to say.

He also noted that Government must be commended for their continued investments in agriculture.

“The Government must also be commended for their efforts in providing support to the farmers over the years. For the past three years, Government has invested 28 million dollars in just farm access roads, that’s rehabilitating farm access roads right across the country in key production areas. In addition to that, currently we have under construction a ten million US dollar agriculture tissue culture lab in Portsmouth and since Hurricane Maria Government has supported through a World Bank Project, gave assistance to about 3,500 farmers in inputs and other machinery at a value of 18 million dollars. So that shows Government’s commitment to the farmer, the sector and the intention to have the sector develop and grow,” Hon. Royer added.

Meanwhile, Parliamentary Secretary in the Ministry Of Agriculture, Fisheries and Blue and Green Economy, Hon. Lakeyia Joseph also thanked the farmers who made this donation possible.

“We would like to say a special thank you to all of the farmers. I must highlight that quite a bit of the farmers who donated to these food baskets are on the younger side and we would like to appreciate them and say thank you to them for that, as well as the extension team. Within the Ministry of Agriculture, the extension team is very essential and without them, the work on the farm would be less productive. The agricultural sector has a vision of contributing 700 million dollars to the GDP of Dominica and we can only achieve this if the agricultural sector is as productive and effective as we really want it to be,” Hon. Joseph stated.

New Age Residential Care in Glanvillia, Dominica Infirmary, Chances in Jimmit and the Northern District Home for the Aged were the four institutions blessed by the donation this year.

We have 389 guests and no members online