OVER 150K INVESTED IN THE UPGRADE OF LOUBIERE PLAYING FIELD 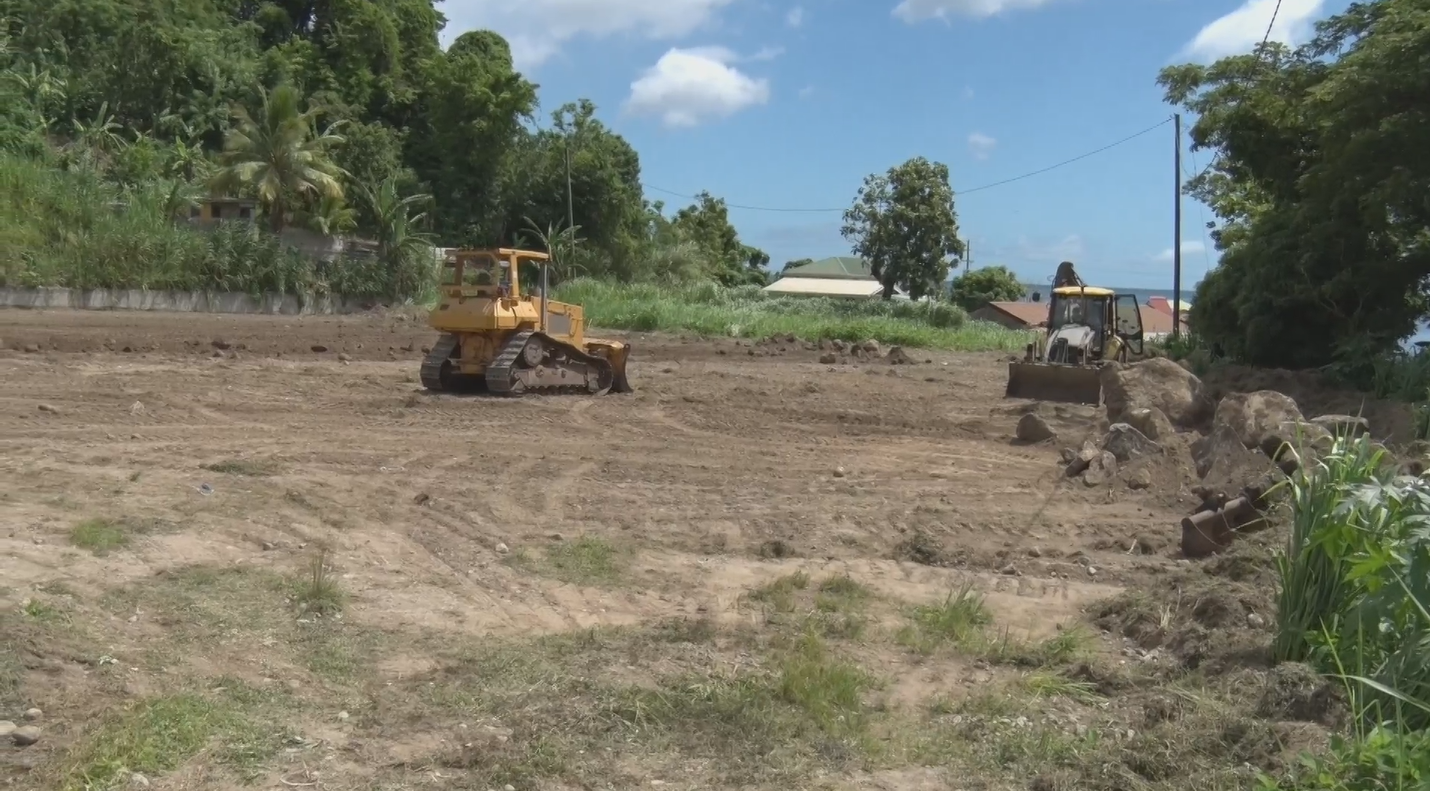 The youth and sports lovers of Loubiere will soon have access to an upgraded playing field. A recent visit to Loubiere confirmed significant progress on that project. This field was severely damaged as a result of the passage of Hurricane Maria in 2017 and hindered the development of its sports activity.

Parliamentary Representative for the Roseau South Constituency, Hon. Chekira Lockhart-Hypolite has promised to deliver on one of the main developments anticipated by the people of Loubiere, which is the return of the playing field.

“We signed a contract a few weeks ago with Green Rose Construction Inc. in the amount of 150,000 dollars for the rehabilitation of the Loubiere Playing Field. And that contract entails the leveling, the grading, and re-grassing of the playing field. And today as the Pal Rep, I am very excited, I am very elated, I am very happy for the people of Loubiere today that they are finally going to have their playing field,” Hon. Lockhart-Hypolite stated.

The MP for Roseau South called on her constituents to make great use of the playing field as much money has been spent for its preparation.

“Many times the constituents ask a Pal Rep for playing fields and basketball courts but they don’t utilize it. But I want to urge the people of Loubiere that when we have spent over a 100,000 dollars to rehabilitate a playing field in a time like now when we are grappling with covid-19, we see the effects of the Ukraine-Russia war on the world, we want you to make use of the playing field that we are providing for you,” she noted.

She went on to express her sincerest gratitude to Prime Minister Hon. Roosevelt Skerrit for his continued support in her constituency.  She also thanked other parties who were involved.

Meanwhile, Chairman of the Loubiere Village Council Mr. Ainsworth Irish is happy for the fruition of this project.

“I’m extremely excited to see the level of work that I going on. So certainly, the young persons in the community can look forward to a decent playing field some time before the end of the year. As you know, sports are an integral part of human development, and to develop a playing field like that at this challenging time we have to say we are extremely happy,” Mr. Irish stated.

He hopes this project would yield community support and villagers come on board to utilize after its completion.

“We want them to burn their energy in the right direction. And the Pal Rep has been behind us, she has been doing the best she can for the community and certainly I think it augers well if we can develop that playing field in Loubiere. We can get back football and down the road we can look at a basketball court later, but certainly I think this is a tremendous incentive for the Loubiere area. And at the Loubiere village council, the councilors are extremely delighted that work has started and I can tell you full marks to the Government of Dominica and to Hon. Lockhart-Hypolite for the tremendous input and vision and putting us on the right footing,” Irish noted.

The playing field project has also created job opportunities for many people in that community.

“The quality of life will be improved for many young guys on the street and around the corner. They will get a job and they will be gainfully employed. So within the next few weeks we should see a level of organization here. The seeds have already bene purchased and they will be placed on the playing field and I can tell you that the contractor, he has rehabilitated playing fields in the past and form all reports and indication, the people are extremely happy. And with him being a man from the community he will ensure that we have a state of the art playing field here. Down the road we have to some additional work, we have to do the lightning and some other work to make sure it is really conducive and welcoming,” Irish added.

The project is expected to be completed early next month. The rehabilitation of the playing field takes Government one step closer to improving the quality of community sports and its infrastructure across the island.

We have 206 guests and no members online