APARTMENT COMPLEXES NEAR COMPLETION IN ROSEAU 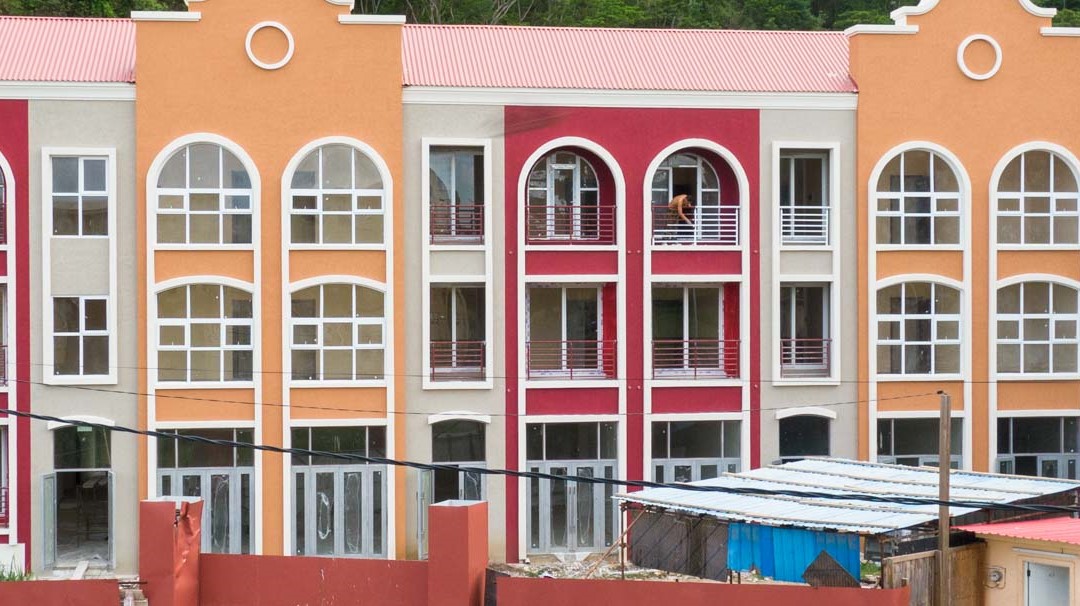 The Government of Dominica is continuing its mandate to provide safe and resilient housing for all Dominicans.

As part of this mandate, two apartment buildings in Roseau are nearing the end of construction.

These apartment complexes consist of fifty one apartments and eight commercial spaces at the Upper River Bank Housing Development, as Government moves towards creating a modern and resilient city.

The apartments are being developed by Montreal Management Consultants Establishments Ltd. and funded by the Citizenship by Investment Programme.

Prime Minister of Dominica, Hon. Roosevelt Skerrit stated that this housing development is evidence of a promise kept to the people of Roseau

Prime Minister Skerrit added that Government’s plan is to create a community while creating employment for those who will be living in these apartments.

Meanwhile, Member of Parliament for the Roseau Central Constituency, Hon. Melissa Poponne-Skerrit noted that she is excited for this development in her constituency.

“It is certainly an upgrade from the other apartments that I have seen in other areas; and that is what we are trying to do, elevate the lives of our people and elevate their living standards. I know for my constituents of Roseau Central, they are extremely excited about this, and I have received over 500 applications and so it is going to be a very tough decision deciding on who makes it into the first phase of our housing project,” the MP stated.

We have 181 guests and no members online