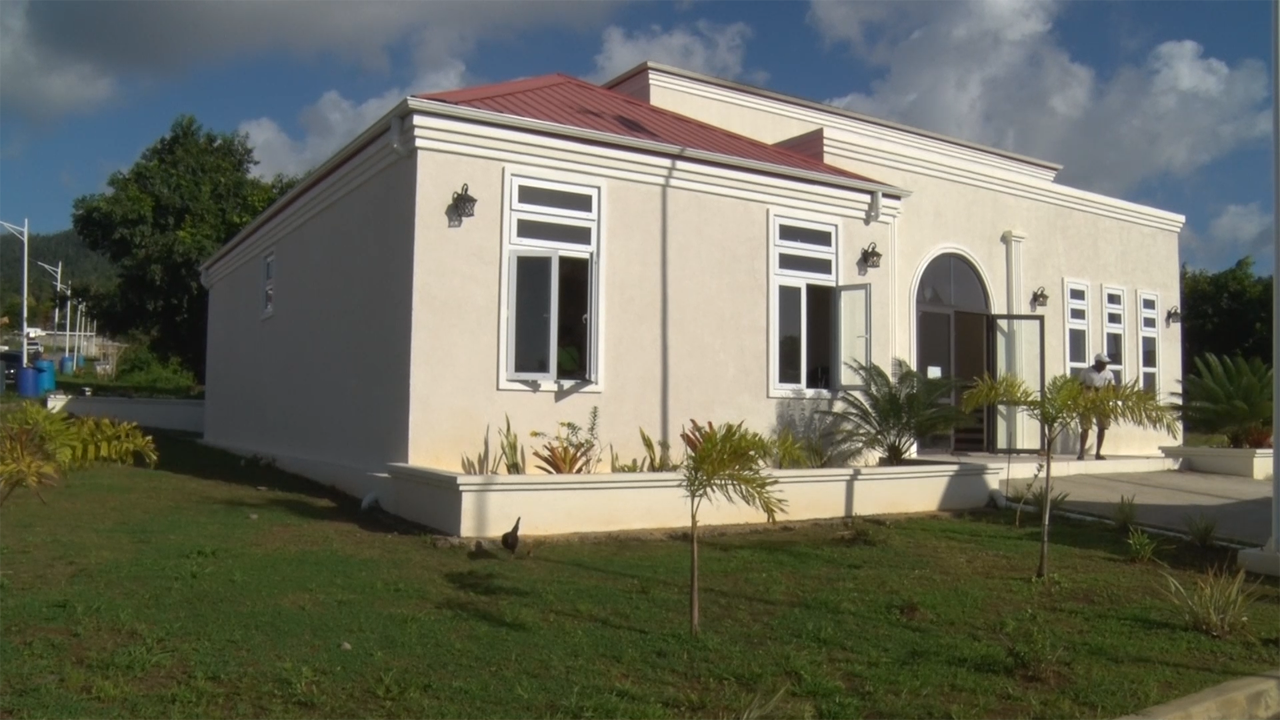 The Government of Dominica continues it’s mandate to build a robust health system as the Olivia Douglas Health and Wellness Centre was officially commissioned on Monday, March 1, 2021.

The health and wellness centre which costs just under 2 million dollars was funded under the Citizenship By Investment Programme.

The facility forms part of an initiative by the Government to provide easy access to health services for all sections of the community from the most vulnerable upwards.

Nurse Olivia Douglas, the wife of the late Michael Douglas and the mother of Hon. Ian Douglas, was a pioneer of the Primary Health Care revolution of the 1980s.

Nurse Douglas was instrumental in the delivery of babies at the then Maternity Ward of the Portsmouth Hospital before being transferred to the Princess Margaret Hospital in 1985. From then she was assigned to the School of Nursing as a tutor actively involved in the training of nursing students, many of whom have gone on to assume positions at the administrative level within the nursing service.

She was bestowed the Meritorious Service Award in 2006, having rendered over forty years of faithful and dedicated service in the field of nursing to Dominica.

Prime Minister Hon. Roosevelt Skerrit expressed his satisfaction that the facility could be named after Nurse Douglas.

“Nurse we are proud of your achievements and this is a way of the Government and the people saying thank you for your service,” PM Skerrit stated.

Parliamentary Representative for the Portsmouth Constituency Hon. Ian Douglas said that the commissioning of the new health centre in Georgetown, Portsmouth should be clear to everyone that healthcare is one of the top priorities of Government.

“That is why we have never spared any effort to continuously ameliorate and upgrade the medical infrastructure and human resource of our country,” Hon. Douglas stated.

Minister for Health, Wellness and New Health Investment Hon. Dr. Irving McIntyre told residents of Portsmouth that the new Health and Wellness Centre was built for their benefit because the Government puts them first in everything it does.

“You have had a long, genuine and fruitful relationship with this Government from Hon. Michael Douglas through to former Prime Minister Roosie Douglas. You have been faithful and we show our appreciation by delivering to you the people, your new health and wellness centre,” Dr. McIntyre stated.

Prime Minister Skerrit meanwhile called on Dominica to defend the CBI programme through which the new health facility was possible.

“Anybody who is seeking to undermine the CBI is an enemy of the State,” PM Skerrit stated.

The new Olivia Douglas Health and Wellness Centre is part of Government’s vision in creating a “Dynamic Dominica”. This includes a national healthcare system that is being modernised, commensurate with the new level of national development which is currently being targeted.