BAILEY BRIDGE UNDER CONSTRUCTION IN BAGATELLE 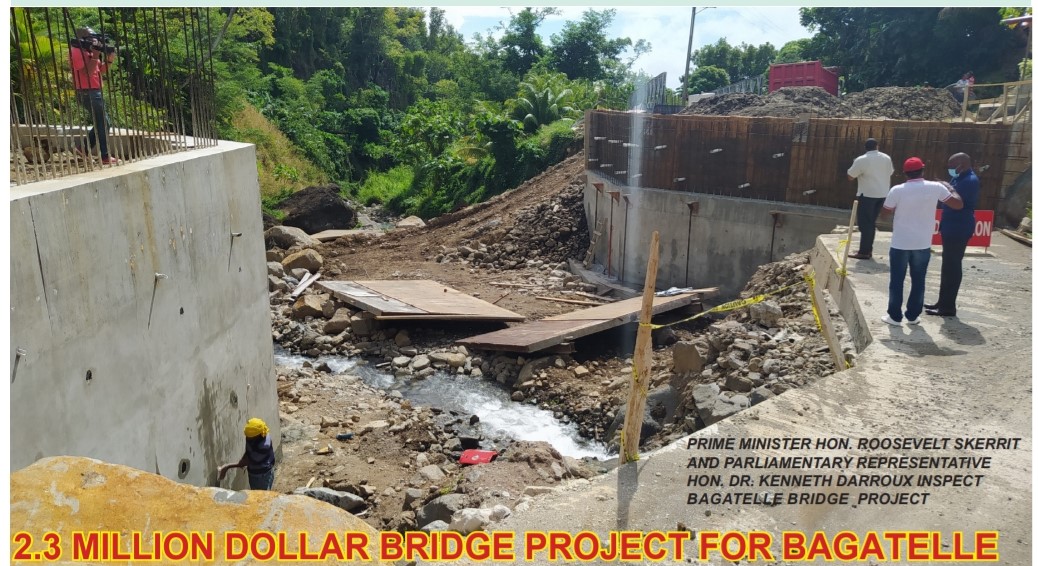 A 2.3 million dollar bailey bridge is under construction in Bagatelle as the Government continues its mandate to rebuild a climate resilient nation.

Prime Minister of Dominica, Honourable Roosevelt Skerrit described the project as a massive investment for the residents of Bagatelle.

The Prime Minister stated that the bridge has been a source of discussion as many of the residents were relocated after the devastation of past natural disasters.

“The incompleteness of the bridge was a major sore point for a vast majority of the residents in Bagatelle. I know there are people who have felt like the monies could have been spent otherwise because there are very few homes beyond this bridge and there are many people who felt like we relocated the residents across the bridge so the cost of investment would be a lot lower. But we understand that when somebody is accustomed to their home for so many decades, they don’t want to move and we respect that. So I am very happy with this and we look forward to its completion,” Prime Minister Skerrit explained.

Member of Parliament for the Petite Savanne Constituency, Honourable Dr. Kenneth Darroux stated that this is a realization of a commitment made to the people of Bagatelle.

“While we realize the monies could have been directed to other projects like housing, we felt the need to live up to the commitment that we made to the residents of that area.  So I am very upbeat, very optimistic, much more relieved about this project,” Dr. Darroux noted.