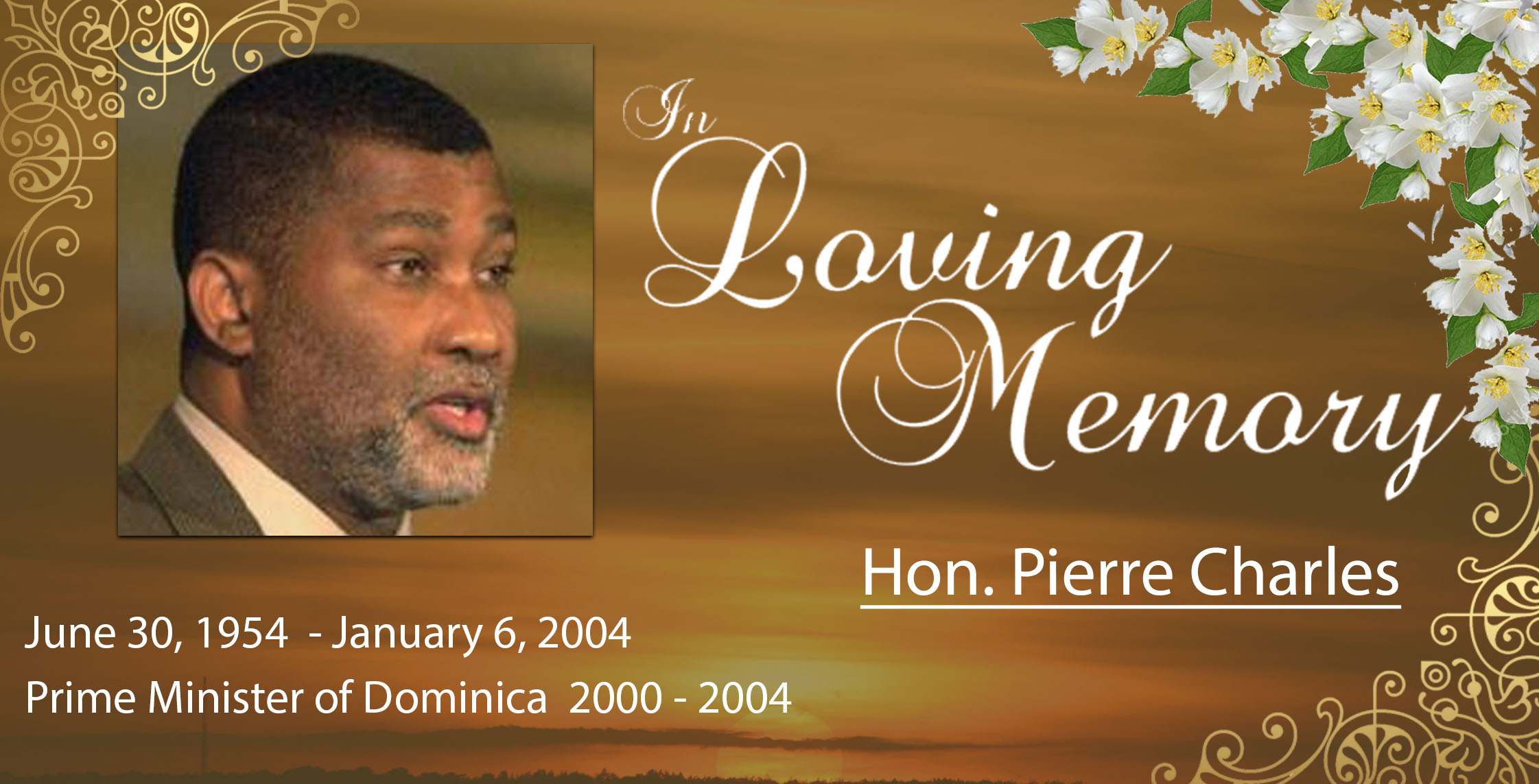 “For the years that he spent in Grand Bay, I think that he was one of the politicians that was able to unite the constituency very well and many people will remember him for a long time for who he was beyond just being a politician. He was a teacher, he was a farmer, he was a social worker, and he was a business man in the community. Pierre Charles embodied what Grand Bay always wanted to be. He basically was a father figure to many, a counselor; he was many things to many people and so he is well remembered for his contribution, not only as a politician, but as many other things that he was to many different people,” Honourable Registe stated.

Honourable Registe noted that the former Prime Minister will always be remembered for his contribution in that constituency.

The Member of Parliament added that Pierre Charles assumed the role of Prime Minister during Dominica’s most difficult times but stood to the test to ensure better lives for all citizens of Dominica.

“He became Prime Minister at a very difficult time in the history of our country, when we had to face austerity measures and that was not very easy. I remember having many discussions with him during those times and learnt quite a bit from him about what it means to have courage in politics. There are many measures that he had to put in place that he was not very comfortable with but they were necessary. And even to this day, we remember how austerity impacted our country and impacted the lives of many public officers in particular. Having been a public officer himself, he understood very clearly what the impact was. You had people being unable to meet their commitment but he understood that it was not of his doing or that of his political movement; it was necessary corrective measures that had to be taken,” Honourable Registe further stated.