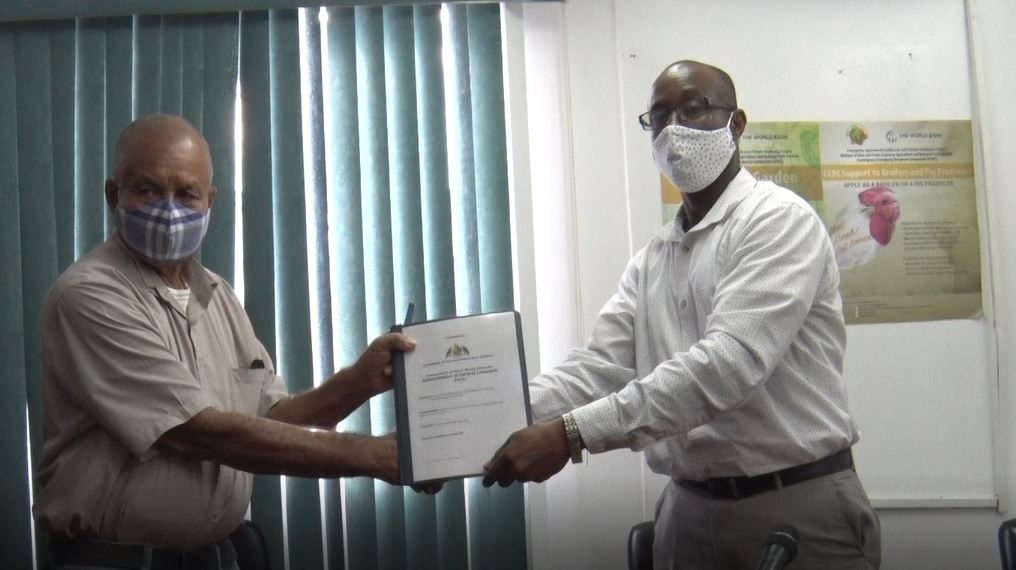 The Ministry of Blue And Green Economy, Agriculture and National Food Security through the Emergency Agricultural Livelihoods and Climate Resilience Project has signed a contract of over six hundred thousand dollars with STEWCO construction for the rehabilitation of the central livestock farm in Londonderry.

The structure was deemed unsafe after suffering serious damage from the ravages of Hurricane Maria in 2017.

“We are about to begin rehabilitation works to four structures on the farm, to include the goat unit, the sheep unit, the bull unit and the dairy facility. Those works entail rehabilitation of roofing systems, rehabilitation of plumbing and electrical systems as well as water harvesting,” Project Engineer Joshua Kelshall stated.

The project is expected to last for a period of six months.