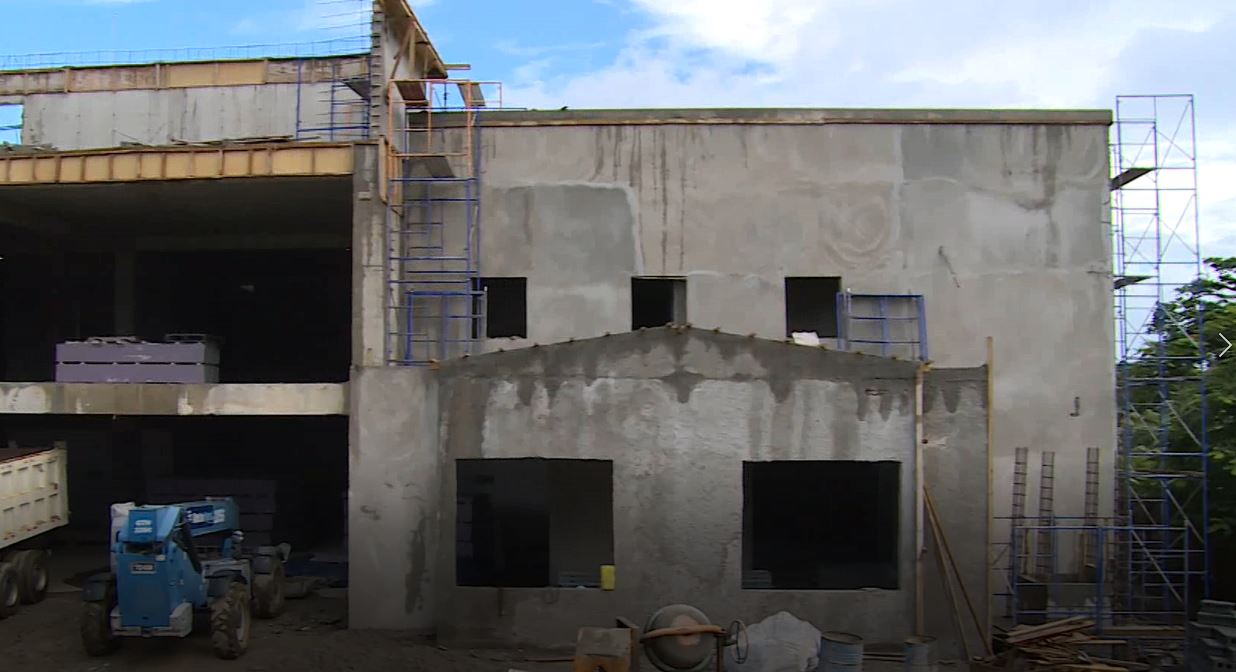 The Government of Dominica is fulfilling its promise to the people of the North East with the construction of a forty million dollar state of the art North East Regional Hospital.

Minister for State in the Ministry of Finance, Honourable Gregory Riviere says he is pleased with the progress of the construction of the hospital and the structure upon completion in April 2021 will represent the commitment of the Labour party administration to the people of Dominica.

“I will like to thank the Government of the Commonwealth of Dominica for keeping to its promise. People always say when elections are over, we forget the promises we make to the people. But we saw the commencement of this project just about 90 days following the general elections, and seen then we have seen progress. We have had quite a number of visits and the full structure has already been completed,” Minister Riviere stated.

Minister Riviere says the construction of the hospital has brought significant employment to the constituency thus far.

He also stated that the role of the contractor was not only to create employment but also to train persons to become skilled in various fields.

“One of the things that in terms of the relationship between the contractor and the people from this community, is that his role wasn’t just to create employment but it was also an opportunity to train young people to take advantage of other opportunities that can be derived from this area. People who came in here with limited knowledge, now have enough knowledge to gain employment in and they are in a better position to take advantage of the opportunities available in housing, and the opportunities that are going to come about as a result of the construction of the new international airport,” he noted.

Minister Riviere stated upon completion the hospital will provide a host of services.

“Now this hospital will provide a wide range of services, and everything, and I mean everything, that can be done at the new Dominica China Friendship Hospital can be done right here in Marigot. We have two operating theaters, a recovery room, three maternity wards, three children wards each accommodating at least 5 children, three female wards, three male wards, a dental section and we have accommodations for dialysis,” the Minister explained.

Minister Riviere impressed upon the need for people to become trained in various fields as the hospital will bring significant employment to the north east.

We have 713 guests and no members online