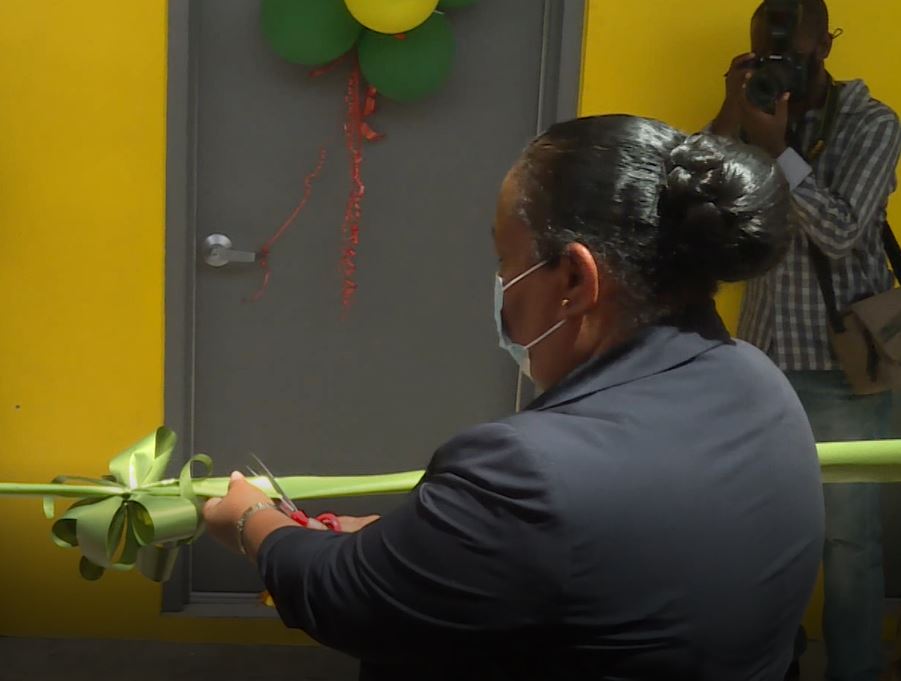 The Salisbury Primary school has been completed and the new building was officially opened with a ceremony held on Wednesday, October 13 2020. The school was damaged after the passage of Hurricane Maria in 2017 with construction after which Government of Dominica moved to rehabilitate the school building in collaboration with its Cuban partners.

“Since 2010, the Ministry of Education has promoted the concept of child friendly schools which are schools where children and adolescents acquire and develop knowledge, abilities and life skills in a healthy and safe environment which is inclusive and protective. Ensuring that all Dominican students are provided with safe spaces for learning is part of the child friendly school philosophy. The physical environment of our schools is important in ensuring that students thrive and they become successful,” Minister Alfred stated.

Minister Alfred says the improvement in the school’s environment should encourage new attitudes from both the teachers and the students.

“With a new structure, larger classroom spaces, staffroom quarters, auditorium, kitchen, early childhood center, and new furnishings and equipment the new school promises to enhance teaching and learning. Not only are we expecting improvements in student performance, we also anticipate improvement in behaviors and attitudes which can play a role to enhance the learning process.  A new stimulating environment will raise the expectations of parents and teachers and act as a powerful motivator for overall success,” the Minister noted.

Head of the United Nations Development Programme Dominica Office, Luis Francisco Thais says the construction of the school is evidence of the government’s commitment to become the first climate resilient nation in the world.

“A story that not only speaks about collaboration and hard work to reconstruct and revamp the Salisbury school, but one that highlights and confirms once again the Government of Dominica unparalleled commitment to becoming the first climate resilient nation in the world. The National Resilience Development Strategy for 2030, the Climate Resilience Recovery Plan,  the priorities identified within the 2020/2021 fiscal year budget are all evidence of Dominica’s relentless efforts to become more resilient,” Mr. Thais stated.

Member of Parliament for the Salisbury constituency, Honourable Hector John says he is pleased as a proper learning environment is critical for quality learning.

“A proper learning is critical for teachers to impart knowledge, students to grasp concept, and for parents to have a peace of mind. Today the community of Salisbury is extremely grateful to the Canadian Government, the Indian Government, the Cuban Government and also the Dominican Government and the UNDP, for their contributions to the rehabilitation of the primary school which was damaged by Hurricane Maria three years ago,” the MP stated.

Honourable Ian Douglas who represented Prime Minister Honourable Roosevelt Skerrit, says education has always been a pillar for the Government of Dominica.

He called on residents of Salisbury to make the school their own.