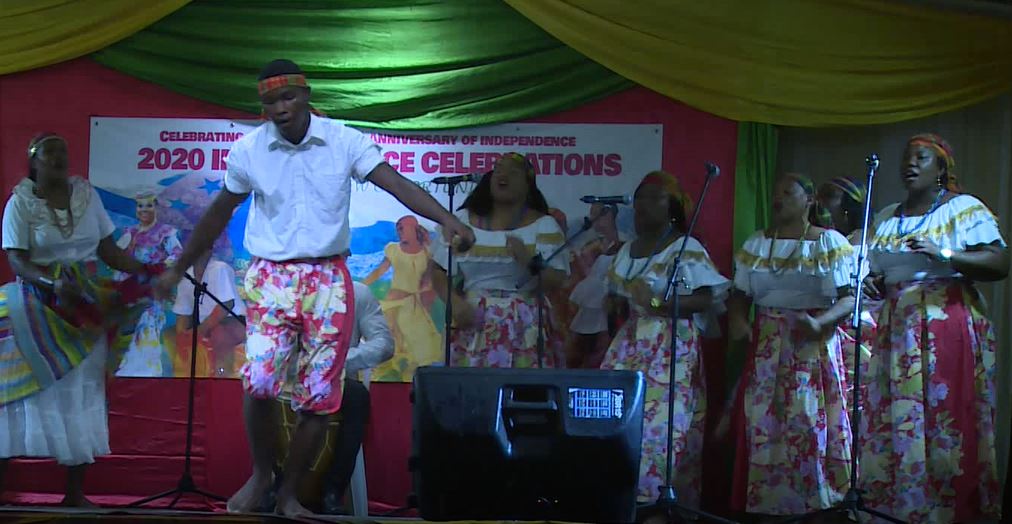 Dominica will celebrate its forty second anniversary of independence this year with a twist due to the covid 19 pandemic.

The season officially opened on Saturday October 10 2020 at the Old Mill Cultural Centre where the Cultural Division hosted a virtual opening ceremony.

The theme “Embracing New Opportunities” looks to encourage citizens to see the positive in every situation despite the challenges present.

Minister for Sports, Culture and Community Development, Honourable Roselyn Paul encourages all citizens to promote Dominica’s creole culture and live as creole people, not only during the Independence season.

“Our Independence Celebration promotes the month of October as Creole Heritage Month. This is significant because it is an opportunity to build nationalism and patriotism, strengthen our sense of national pride, ad to also promote all things Dominican and Creole during the said month. The month of October and the Independence Celebration gives us an opportunity to expand our efforts in the area of culture and our creole heritage,” Minister Paul stated.

Minister Paul says this is an opportunity for Dominicans to strengthen their sense of national pride and to promote all things Dominican.

“It requires that our artist, our musicians, people involved in the cultural industry, to take advantage of new opportunities especially on the internet and within our communities. So we therefore need to promote our creole culture and live our lives as creole people; not merely at Independence time but every day.  Creole month and independence gives us an opportunity to promote local industries such as agriculture, agro-industries, fashion and garment making, local jewelry and making of straw hats, Kalinago crafts such as basket making and other arts and craft,” the Culture Minister stated.

Minister Paul says while the Government of Dominica continues its efforts to building a resilient nation, culture too has a significant role of resilience.

“See for example how many of our older buildings based on traditional architecture and knowledge were able to withstand the worst of Hurricane Maria. See how nature blessed us with fertile soils, and how our people have been able to use this to their advantage and how our people have used their traditional knowledge and agricultural practices so that we can really achieve a high level of food security. So building a more dynamic nation, not only with the physical infrastructure but it also how we apply our cultural knowledge and traditions and our creativity in our pursuit of the essentials of life,” Honourable Paul added.

Chairman of the Independence Committee, Mr. Raymond Lawrence calls on Dominicans to embrace new opportunities as an effort to build and develop Dominica.

Dominica first gained its independence on November 3 1978 from Great Britain and became an independent republic within the commonwealth.