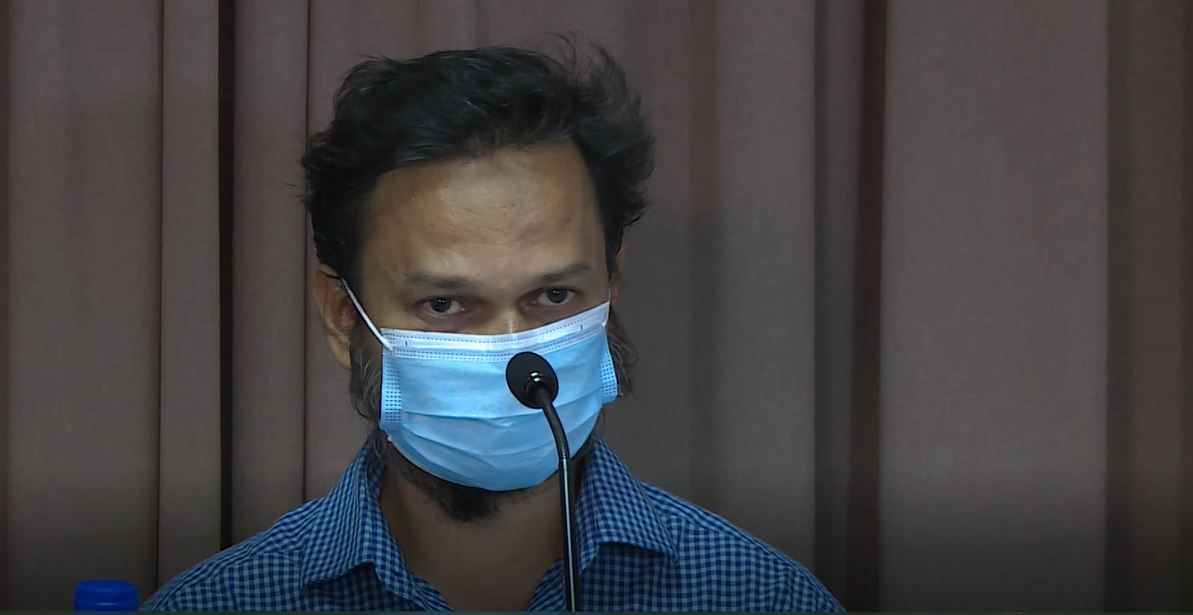 This was announced by national epidemiologist, Dr. Shalauddin Ahmed who was dressing a health press conference on Tuesday, October 6 2020.

Dr. Ahmed says these cases range between the ages of two years and fifty nine years and are all asymptomatic.

“As of today the total number of confirmed cases is now thirty two. Fourteen have been detected since the opening of the border. Seventy seven percent of the cases are imported and the rest are the contacts are imported ones, and one is still under investigation. All imported cases were detected at the airport or at the quarantine facility while going through a mandatory quarantine phase upon arrival. These cases are between the ages of two years and fifty nine years with a median age of thirty three years. All are asymptomatic and doing well,” Dr. Ahmed explained.

Dr. Ahmed says that approximately fifty four contacts were identified from the last confirmed case. He says since then over forty of the contacts have tested negative.

“So far six of these cases have met the discharge criteria and has been discharged home. Eight other individuals who are still in isolation will be released once they meet the criteria. From the case number fourteen, about fifty four contacts have been identified so far, and contact tracing is ongoing. Almost all were tested and I am happy to report that forty eight of them are negative. All contacts are now under home quarantine,” Dr. Ahmed added.