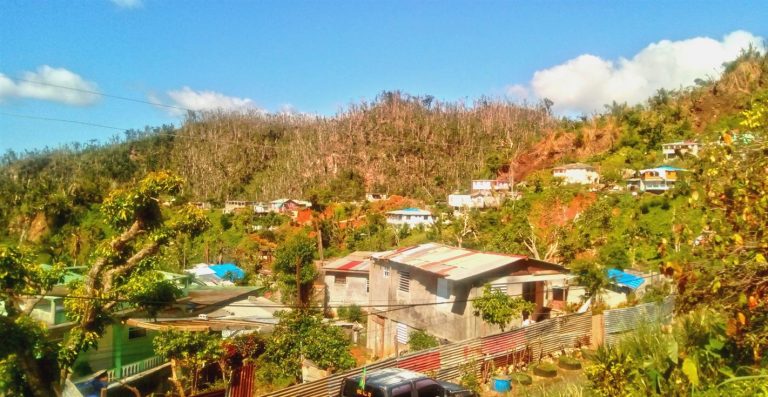 Residents of Campbell will be relocated to warner in 2021 says minister for national security and home affairs and Member of Parliament for the Mahaut Constituency Honourable Rayburn Blackmoore.

Campbell has been deemed one of the most vulnerable communities in Dominica, as it is prone to landslides and floods.

Following the devastation of Tropical Storm Erika, the village was left even more exposed and vulnerable to any natural disaster.

It was also determined that there was very little action that could be taken in the village to mitigate against further erosion of land.

Since then, the government has decided to relocate the residents in phases, targeting the twenty five most vulnerable families first.

“I’ll never forget in 2007 the Prime Minister came to a town hall meeting and advised on your relocation. I want to say to you, starting next year we are going to have the systematic and incremental relocation of the People of Campbell to the bet site in Dominica, Warner Heights. It has to be done properly and we will be starting with the first twenty five most vulnerable families,” Honourable Blackmoore stated.