MAJOR IMPROVEMENTS TO BE UNDERTAKEN IN VARIOUS COMMUNITIES ACROSS THE ISLAND 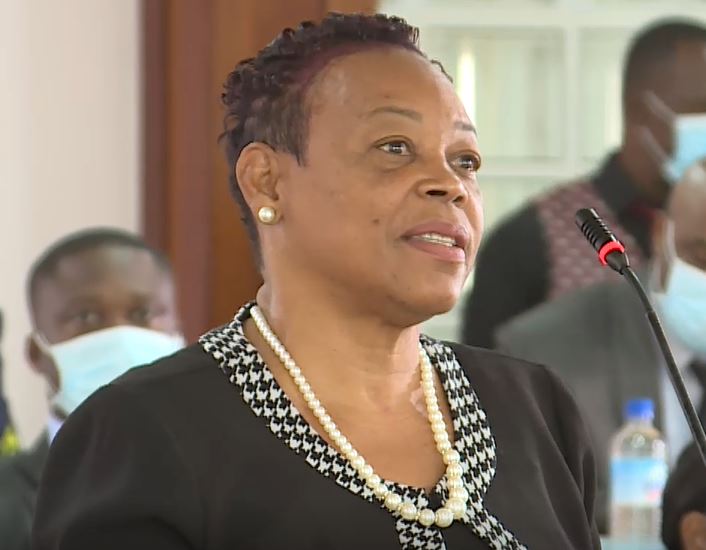 Community growth continues to remain a priority for the Government of Dominica. This was according to the 2020/2021 national budget which has made provisions for further development in a number of communities across the island.

Minister for Community Development Honourable Roselyn Paul says the enhancement of the Good Hope Community Centre are amongst the many projects which are on the cards.

“The Good Hope Resource Centre is being enhanced as a community resource center and to serve also as a hurricane shelter. This will include repairs to the retaining wall, repairs to the building itself, replacement of windows and doors, upgrade of plumbing and electrical services, painting, and water storage; and also including solar renewable energy systems,” Minister Paul stated.

The centre will be built with specific hurricane resilient features keeping with Dominica’s aim to become the first climate resilient country in the world.

“It will be equipped and furnished with computers; the kitchen will be upgraded and will be fitted with the necessary appliances; search and rescue equipment will also be made available. This will at a tune of 296,950 dollars for infrastructure works, and an additional 172,000 dollars for equipment, furniture and appliances,” she explained.

The continuation of water sanitation projects were also included in the plans for community development. The Minister says the communities of Wesley, Woodford Hill, and Marigot were all beneficiaries of the water rehabilitation project.

A total of 1.6 million dollars was also spent in the Salisbury community for water rehabilitation.

“Salisbury water supply rehabilitation saw major works which consisted of construction of a new intake, supply and installation of pipelines, and distribution upgrade of the site. This is at a cost of over 1.6 million dollars,” the community Development Minister stated.

Minister Paul says a new water intake will be constructed in the community of La Plaine.

“The La Plaine water supply rehabilitation had major work done which consisted of the construction of a new intake, and installation of pipelines. This is at a cost of over 1.4 million dollars,” she went on to say.

The Minister says the Boetica water supply restoration project forms part of the projects which are nearing completion.

“Work has also been ongoing at the Boetica water supply rehabilitation project. These works included a new intake, installation of pipes etc. Works are at an advanced stage, approximately 90 percent complete and the cost is just below 1.5 million dollars. So a lot of money has been invested in those projects and they are either complete or nearing completion,” Honourable Paul further added.