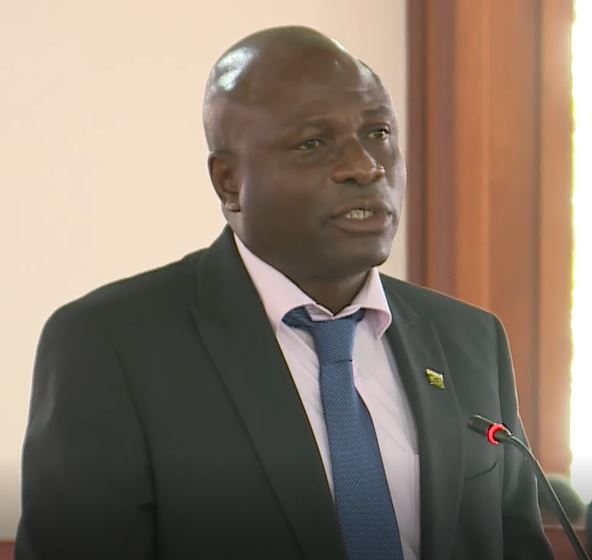 The Bay Oil industry has made over one million dollars in the last year says Parliamentary Representative for the La Plaine constituency, Honourable Kent Edwards.

In his contribution to the 2020 2021 budget debate, Honourable Edwards says that over four hundred thousand dollars was spent to rehabilitate the bay oil facility.

“This Government has gone further and there is a Bay Oil industry in Delices as well and we know the Bay Oil industry brought in well over a million dollars last year. The Bay Oil distillery was recently renovated and is now operating. Mr. Hendricks Williams is in charge of this and a cost 458,000 dollars was spent on the renovations and a contractor from Delices itself was given that contract. And this is already showing great benefits for our people,” Honourable Edwards stated.

Mr. Edwards also highlighted the work done to the toloma factory in Delices.

“426,000 dollars have spent to fix and to put back in order the Delices Toloma Cooperative Building. This building is very important because toloma is one of the main cash crops in Delices. This building has been derelict for awhile, but this Government saw it fit to repair it because there is a vibrant toloma group in the area and this Government gave them the money and they have gotten a local contractor who employed local people to rebuild this toloma factory and is now controlling the toloma industry in Dominica,” The Member of Parliament added.

The Parliamentary Representative also announced that the La Plaine Agricultural Training Center will be repaired with support from the World Bank funded project to foster greater opportunities for the farmers and to encourage them in further production, for local consumption and for export.