TELECOMMUNICATION CENTERS IN DOMINICA TO BE DEVELOPED 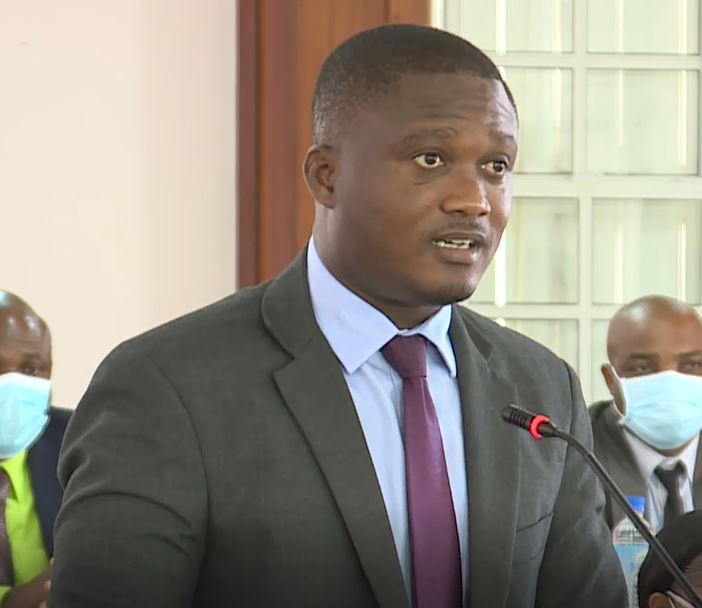 Minister for State in the Office of the Prime Minister with responsibility for Telecommunications and Broadcasting Senator Honourable Oscar George says the 2020/2021 national budget has allocated one hundred and sixty five thousand dollars to develop the Information Communication Technology (ICT) Center of Excellence at the Dominica State College.

“In keeping with Government’s policy to develop the telecommunication and information technology sector, Government in collaboration with the Government of India will be restoring and upgrading all services at the ICT center at the State College. The center will be further upgraded with modern state of the art equipment to facilitate the expansion of services to rural communities where satellite centers have been established. Full commitment has been received from the Indian Government to recommence operations and resume an aggressive push to develop our ICT talent. Mr. Speaker, 165,000 is allocated in this year’s budget to rehabilitate and resume operations at the center,” Hon. George stated.

“Mr. Speaker, Government continues to cater for young talent through initiatives such as the development of rural centers which will compliment schools where teachers and students and persons who require access to learning can be accommodated. In addition to the work undertaken at the Grand Fond and La Plaine smart centers, Government intends to furnish six additional smart centers which we will be built in the following locations; the North East Comprehensive School, the Castle Bruce Secondary School, the Kalinago Territory, the Portsmouth Secondary School the Isaiah Thomas Secondary School, and the Pierre Charles Secondary School. Five hundred thousand has been allocated in this year’s budget for that specific purpose,” Honourable George explained.

Meantime, work has been ongoing to increase resilient infrastructures within the telecommunications sector to ensure that Dominica’s systems are able to withstand another natural disaster.

“Mr. Speaker, this Government continues to enhance a post disaster telecommunication mechanism. We have successfully increased resilient infrastructure which includes the running of fiber underground which has many advantages as it pertains to disaster recovery. The vulnerability of the telecommunications sector was made visible following Hurricane Maria when the sector experienced a total of 128.8 million dollars in total damages. So emergency telecommunications systems, such as the use of V-SATS or amateur radio systems, are considered the backbone of our post disaster response and a significant component of making his sector more resilient. As we speak this Government has installed twenty V-SATS across Dominica and an allocation of 200,000 dollars has been made available in this year’s budget to procure backup generators to ensure a greater level of infrastructural resilience,” the Telecommunications Minister noted.

“I am pleased to report to this Honourable House that in collaboration with the International Telecommunications Union, Government has provided another layer of communications resilience. This through the installation and deployment of a standalone radio messaging system. This network was officially launched on Friday June 19 2020 by the Government of Dominica with assistance from the technical radio experts at the ITU in conjunction with the engineering staff of the Ministry of Telecommunications. Mr. Speaker on behalf of the Government and people of Dominica, I wish to take this opportunity, to place on official record Government’s gratitude to the ITU for partnering with us to develop such an important network in such a critical time,” he stated.

A community WI-FI network for post disaster response was also installed in three areas across the island.

“Government has also developed an innovative WI-FI network for post disaster response in coordination with the UNDP and the ODM. This network was officially built and installed in three areas; Good Hope, Bellevue Chopin and the ODM. We undertook a pilot where we used satellite based services to provide wifi services. From all reports, the pilot went well, and we now in the monitoring and evaluation phase where we will make a decision as to how we proceed with this network,” Minister George added.